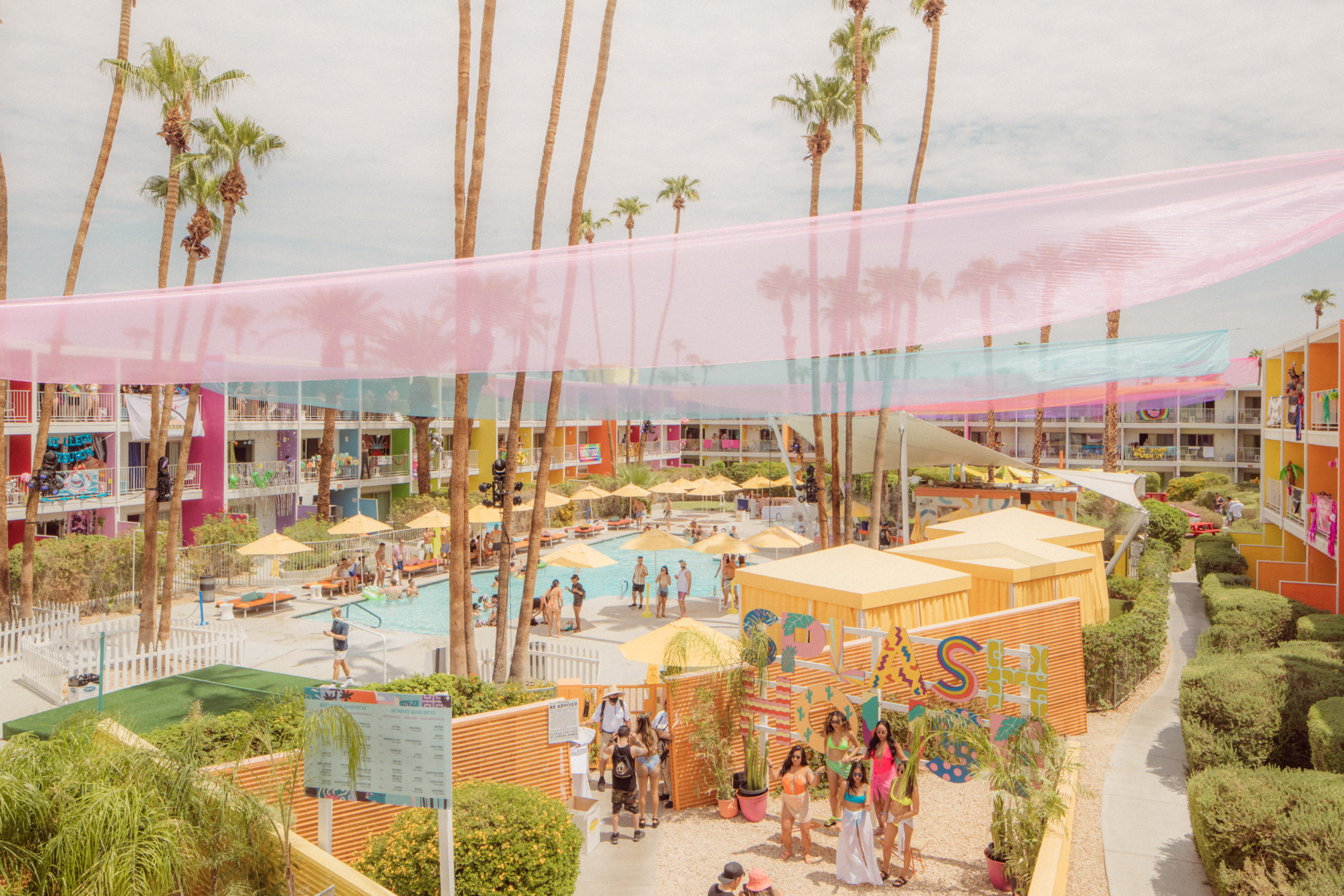 Southern California’s fan-favorite festival Splash House finally made its return to the desert last week with an electric Weekend One opener. Taking over the Saguaro, Renaissance, and newly revamped Margaritaville hotel, the festival brought attendees from across the state to the dance music oasis once again. Featuring poolside performances from world-renowned DJs all festival long, it is no wonder that many fans are making their way back for a Splash House double-header this weekend. With stand-out sets from the likes of J.Worra, Green Velvet, Dom Dolla, and more- Splash House’s homecoming to Palm Springs was one to remember.

Friday kicked off the weekend festivities at the Palm Springs Air Museum with an opening performance by Hannah Fernando followed up by an alluring three-hour set from Lane 8. The one-of-a-kind after-hours venue showcases old airplanes, giant hangars (turned into cocktail bars and VIP areas for Splash House), and a big outdoor stage set under the stars.

Saturday brought about the beginning of the desert pool parties, with all three venues opening up their doors to the festival’s attendees. The colorful Saguaro hotel hosted a full line-up of rising house stars and industry staples alike on the first day, with a stand-out opening set from Miami-based Troy Kurtz. Insomniac DJ and producer Eskuche carried on the bill, followed up by Martin Ikin b2b Ilyus and Barrientos, closed out by French legend Shiba San. It is no doubt that the Saguaro’s colorful exterior and tall palm trees are surely a fan-favorite for both artists and Instagram posts alike. Margaritaville, on the other hand, brought lighter fare for guests with eclectic poolside sets from the likes of Brandon Lucas, Seb Wildblood, a DJ set from CRi, and Mild Minds. The stage was closed out by Poolside’s electric DJ set and an ever-so nostalgic set by Tycho.

The Renaissance hosted high-energy house sets all day long, kicking off with an epic Hood Politics B2B from DJ Susan and Nutty. Jared Jackson and Dateless kept the crowd moving, followed up by an unbelievable set by underground tech-house queen J.Worra. Toolroom’s Mark Knight and Dom Dolla closed out the stage, keeping the crowd’s energy high moving into the afters. The final night at the Air Museum brought a house-filled set from Greg Gonzalez and UK-based Mason Maynard. Green Velvet closed out the venue, with a vigorous tech-house set that lived up to any and all expectations.

The final day of Weekend One proved to be just as lively as the day before, with dynamic performances across the board. The Renaissance was brought to life by Splash House veterans Bones b2b Lee Wells, followed up by Percomaniacs’ Lubelski, UK’s Josh Butler, and a Moon Boots DJ set. Get Real, the legendary duo of Claude Vonstroke and Green Velvet closed out the stage with an insane two-hour set. As always, Margaritaville proved to be a home away from house music, with unique sets from Blossom, Andre Power, Joe Kay, and a close-out set by future-dance star Whethan. Lastly, the Saguaro was a sensation as always, beginning with Kimiaz, Korean-born SOHMI, and legendary J.Phlip for the final day programming. DJ Holographic and TOKiMONSTA finished off the weekend strong with next-level performances under the desert stars.

Weekend Two will commence tomorrow night at the Palm Springs Air Museum, with a brand-new line-up of artists taking over the hotels over the next few days. With artists such as Gorgon City, Bob Moses, Camelphat, and Cloonee on the books, this weekend is sure to be just as successful as the last. As always, Splash House has proven to be Southern California’s destination festival for all things dance music. With top-tier production, an unreal collection of artists, and unforgettable venues, we absolutely cannot wait to return to our home in the desert again next year. For more information and last-minute tickets for Weekend Two, visit www.splashhouse.com.