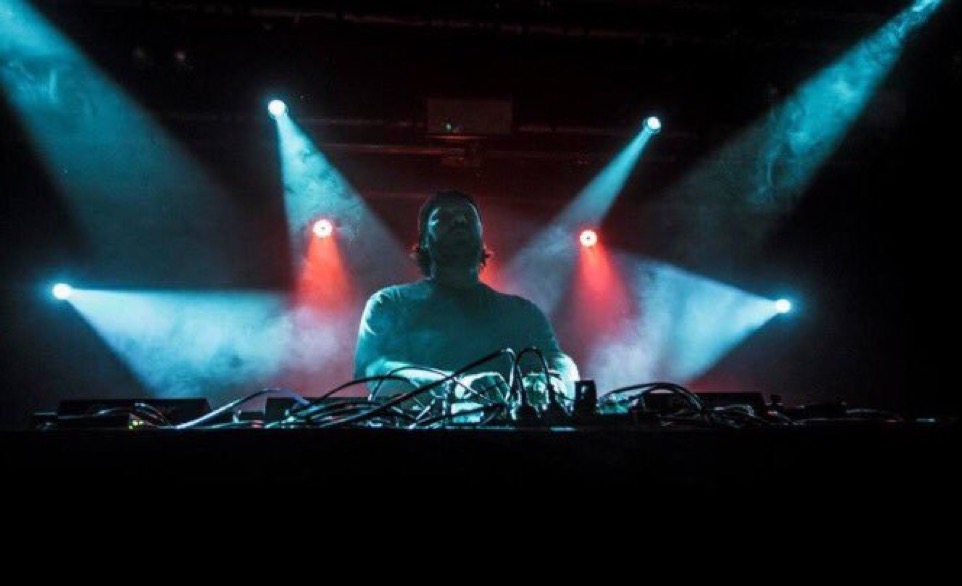 With less than a week before Shiba San sets sail on Holy Ship, he stopped at Bijou Nightclub to bring some heat to a winter-laden Boston.

The day before Bijou Shiba San was making his way up the East Coast with a stop in Philadelphia, a recent snow storm had blanketed the majority of New England, leaving much of Massachusetts and the Boston area with 6+ inches of powder. This left Boston fans thinking they would be victim to the common tragedy of the winter and summer months, an unexpected weather event forcing a cancellation. Shiba San’s flight was indeed cancelled but he wouldn’t let that stop him from bringing the performance he promised. Not letting a little snow ruin what was to be an excellent night of intimate spinning by the French Producer, Shiba San found another way. Going the extra mile he and his team took to the roads and drove themselves up to Boston to make it just in time for the Bijou performance.

Approaching the venue on Fri., Feb. 5, there was a mild line in the cold darkness of Boston nightlife. Bijou Nightclub plays host to some of the world’s premier talent, recently hosting Pete Tong and a Destructo B2B Justin Martin set in the Ship 2 Ship tour. The club was already being warmed up by 11pm, as Shiba was set to go around the 12:30 mark. Coat check was in full swing and moving at a surprisingly efficient pace, with everyone’s chic outerwear a must for any winter time Bijou attendance. Attendees sported anything from button ups and sports jackets to the prized Dirtybird and ShipFam apparel. A good mixture of fans were trickling in for the special midnight performance of Shiba San.

The warm up set was a near perfect mood-setter to create a good flowing ambiance of drinks and dancing. Both the music and lighting were entertaining enough to get the crowd moving and loosened up. But by no means overbearing or revealing enough to take away from the headlining performance of Shiba San. A cool mixture of house and progressive tunes had the crowd thoroughly enjoying themselves. Building up for the perfect setting for Shiba San to come on and really let loose with colorful visuals and the hip-hop bouncy house fusion that can’t be duplicated.

Just about when the 1230 mark hit, the clubbed blacked out and the music was cranked to a quiet lull. A pulsating bassline rose up out of the darkness and the screen behind the decks flashed with purple sound waves. The volume steadily rose and the additional percussion elements were added until finally unveiling Shiba San. The music distorted and took a turn to an eerie synth before finally coming to full fruition. The deep house drop took over the club and the crowd answered back roaring with the excitement of Shiba San finally taking to the decks. The flashing lights changed colors above the dance floor giving rapid peaks into the now bustling crowd.

With an adequate amount of time to create his own story of musical twists and turns, Shiba San was easing into the night. He developed an up-tempo atmosphere with the spinning of Format: B’s “Chunky.” The club came to an almost halt as the main light structure behind the DJ booth blacked out and then the shudder of green lights matched a rising Shiba San remix favorite “Low Frequency.”

A memorable highlight from the night as he teased the crowd with the elongated build up, that fell into a bass filled explosion. No Shiba San set would be complete without the pleasurable deep house mix of hip-hop tunes like the original “Planet Floor” and a “Party & Bullshit” remix. One of the last tracks of the Bijou night was Shiba San’s “I Like Your Booty.” Not a single attendee was standing still and the girls added just an extra sway at the hips in their movement. You could see Shiba San above the decks with his backwards baseball cap bobbing away to the beat, and smirking for good reason.

Shiba San will be finishing out his tour moving down to Washington D.C. before departing for the sacred Holy Ship out of Miami February 10, 2016. Catch him on has handful stops in North America upon his return. More tour dates will be announced as well.