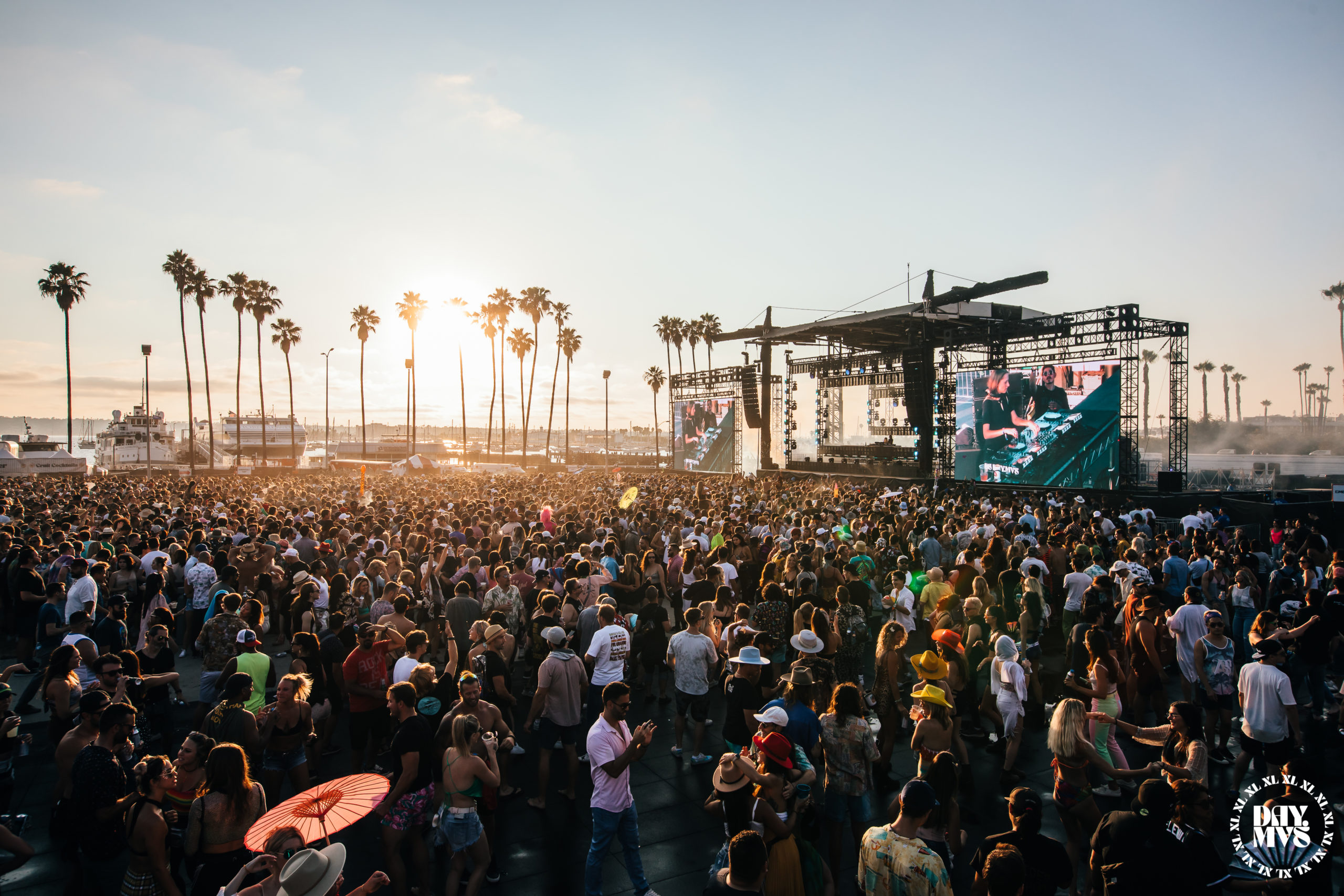 With yet another successful festival under their belt, CRSSD Fest’s DAY.MVS XL absolutely blew attendees away last weekend with a jam-packed weekend of house and techno. Showcasing some of the world’s biggest stars and rising talent, the two-day event brought the return of dance music to San Diego’s Waterfront Park. Attendees were able to play in the splash-friendly fountains, eat amazing local food, and, of course, dance the night away to their favorite artists. Almost every sub-genre of electronic music was represented, from melodic to tech house, and industry staples appeared such as Kevin Saunderson, to rising stars such as Cloonee. No matter which stage one preferred, the Northside or Southside, the vibes were impeccable and had fans dancing all weekend long.

Day One brought about many excited fans and artists alike to the idyllic Downtown San Diego venue. The energy in the air was high, as this was the first festival back for many in Southern California. Gates opened at noon, and many attendees swarmed in early to see amazing kick-off sets by Mor Elian, rising-star FREAK ON, fan-favorite The Sponges, and OG artist Stacey Pullen. Drink stands by Stella Artois, Jiant Kombucha, and more kept the fans happy and hydrated all day long. Although the weather was hot, fans were able to keep cool with free water stations and numerous fountains to cool off in. As the mid-day turned to late afternoon, Cloonee played a stand-out house set at Northside, while gatekeeper Kevin Saunderson took over the Southside. Finally, fans experienced insane golden hour tunes by Will Clarke, Tiga B2B Danny Daze, and an epic live set by Monolink, as the sunset over the harbor. MK and FISHER closed out the Northside stage with some groovy 4×4’s, while Joey Beltram and Brennen Grey took over the Southside to some heavier-hitting techno tracks.

The after-hours on Saturday brought about a special surprise at Cloonee’s set at Rich’s with a guest appearance by FISHER. Brennen Grey, Joey Beltram, and Lee K kept the techno heaters going all night at Spin Nightclub, while Tiga and Jacques Greene took residency at 1746 Newton for the night. With an insanely stacked line-up the first day, fans left with their house & techno fix and were incredibly ready for what was to come on Day Two.

Highlights from Day Two did not disappoint, as the programming was just as saturated as the day before. Lee K, Michelle Sparks, and melodic pioneer Luttrell drew the crowd in early, just before they announced who the Special Guest would be at Southside. When 3 PM rolled around, attendees were taken aback to find out that dance music legend Green Velvet would be taking over the stage at DAY.MVS XL for a very special set. Bringing a live version, sung by Green Velvet himself, of his hit “Jolean,” the DJ’s performance was definitely one for the books. Following up his set, was a dreamy progressive/techno experience brought about by Yotto B2B Jeremy Olander, a ripping techno set by Rēbuke, and an eclectic set by the brothers of Mathame.

After, Nora En Pure brought all the nostalgic vibes to the Northside with a view of the airplanes landing and an insane sunset as a backdrop to the stage. After the sun went down, Lane 8 put everyone in their feels (per usual) to close out the Northside under the stars. Āme shut down the Southside with an incredible techno set that definitely kept the fans wanting more as the gates closed for the last time at the Waterfront Park.

After-hours for the last night brought an astounding techno-driven set by Rēbuke and Sara Landry, while Nora En Pure + EDX took over the legendary Hard Rock Hotel. Rich’s held a party for a second night at the after-hours with a melodic set by Jeremy Olander. Lastly, industry staples Stacey Pullen and Mathame brought all the vibes to Music Box to close the weekend out.

CRSSD Fest is known for being a haven for all things house and techno in San Diego. Creating what is now the epicenter for dance music in Southern California, the festival continues to book unreal lineups with top-tier production. In September, the event brings home the official CRSSD Fest with headliners such as ZHU, Kaytranada, Camelphat, and Hot Since 82 making their way back to Downtown San Diego. With tickets already sold out, it is evident that fans cannot wait to get back to the Waterfront Park. Many can agree DAY.MVS XL was the perfect return to festivals, and the perfect pregame to CRSSD Fest, and we can only hope that we see it come back next year.