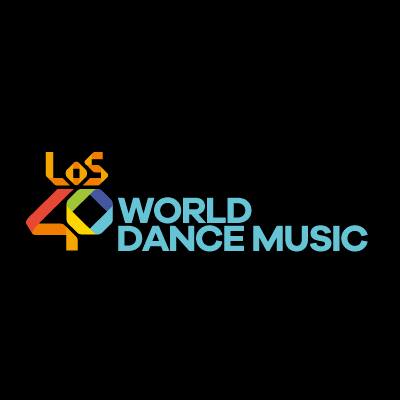 Broadcast on LOS40’s expansive network, World Dance Music (WDM) has become known internationally as one of the leading sources and most influential presences in the dance music scene. WDM and its mega-talented DJ and host Luis Lopez hold their place as highly acclaimed tastemakers in the industry, now celebrating their 10 year anniversary in Latin America with a special documentary to highlight the immense power the show holds across the Spanish-speaking music market.

Over its 10 year lifetime, WDM has spread across LOS40’s 192 stations in 12 countries in Europe and Latin America, now reaching a whopping one million listeners each weekend. The mammoth LOS40 network thwarts all competition, acting as a sweeping force pushing EDM into its territories with its social media footprint of 21.8 million people. Beyond this, WDM hosts its annual WDM Radio Awards with live performances by dance stars such as Martin Garrix, Steve Aoki, and David Guetta in Mexico for a crowd of 90,000 screaming fans, and an additional 900,000+ via international broadcasts.

World renowned DJ and producer R3HAB shared his thoughts stating, “The platform they give me is so important, especially Luis. He’s an incredible DJ and incredible radio host, he knows everything about dance music. When he plays a record and supports a record, people really start to notice that record. They connect the music together with me as a DJ and then the fans and me become connected because of (Luis’) radio show.”

R3HAB appears in the documentary beside fellow dance superstars including Martin Garrix, David Guetta, Steve Aoki, Don Diablo, Nicky Romero, Alan Walker, Dubfire, Nervo, and more. The film chronicles the rise of WDM via extensive footage of fans, appearances from national heads of LOS40 and Lopez himself, and artists who share stories of their love for the show. The message unlocks a tale of how Lopez has shed light on endless DJs and their art, ultimately landing a reputation as the key to the hearts of the Spanish-speaking audience.

According to Lopez, “This documentary is a homage to the DJs who have given us so much amazing music over the last 10 years, but it’s also a gift for our audience, the best in the world! From Mexico to Colombia, from Argentina all the way to Spain, and at Miami Music Conference, Amsterdam’s ADE and of course Ibiza, radio has allowed us to connect people through the music. WDM is a labour of love not just for me, but for the whole LOS40 team who work so hard to make this incredible radio show. It’s a privilege to be able to bring everyone the best new music, every week, and share it with our listeners. Without them we would be nothing, so really, this film is for them.”

As WDM heads into the next decade, its reach and international presence continue to grow. Both WDM and Luis Lopez remain staples in showing the world just how essential electronic music has become in the Spanish-speaking market. As Lopez famously shares, “The world doesn’t turn, DJs make it move.”