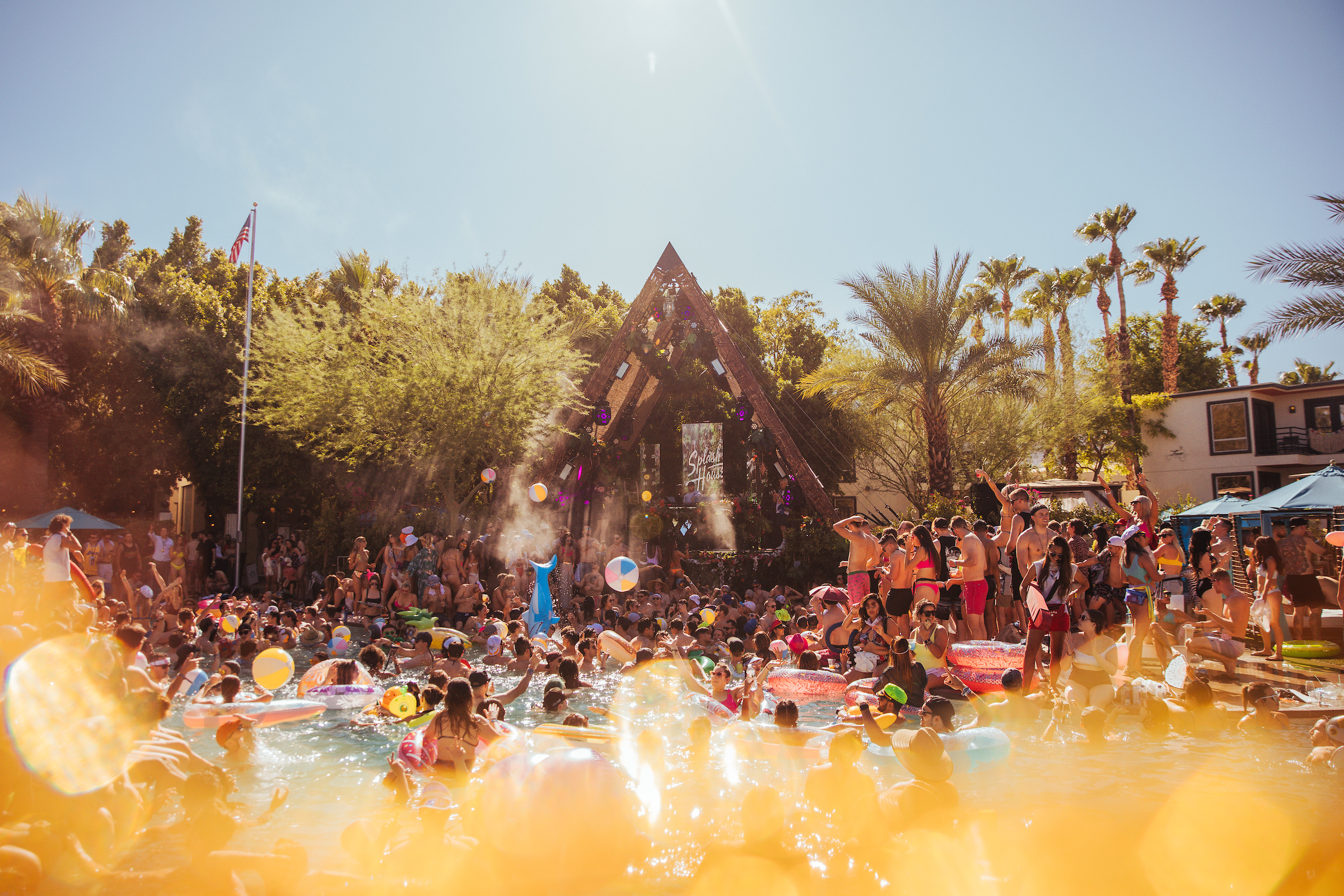 Last weekend, Splash House hosted yet another lively three days of their bi-annual pool party in Palm Springs, California. Completely selling out tickets for both the festival and the after-hours, the August edition proved to be one of the biggest to date. Together, some of electronic music’s biggest artists and festival attendees closed out the summer season with a bang.

The weekend commenced at the Palm Springs Air Museum on Friday night. A large airplane served as the backdrop to the stage, while artists such as Sohmi, Kimiaz, and Phantoms opened the first night under the stars. Walker & Royce and Hot Since 82 followed, blowing away festival-goers as an energetic kick-start to the weekend.

Mark Knight, Michi, Jessie Calistri, and Enzo Muro came out the second night to continue the popular after-hours event. Attendees were in for a treat when Diplo showed up as a special guest. His set kept the energy going to bring guests into the final day of the festival.

Free shuttles took party-goers between three different hotels over the course of the weekend. The Renaissance, The Saguaro, and The Riviera hotel were hosts to three different stages and parties simultaneously each day. Festival attendees traveled between each one to see different artists and experience what each location had to offer.

The Renaissance was one of the larger venues and home to a stacked lineup of melodic techno and house artists all weekend. Toro y Moi, Croatia Squad and Snakehips were amongst the Friday lineup of artists, followed by Luttrell, Lane 8 and Mister Blaqk. Dirtybird founder Claude VonStroke closed out the weekend with an electrifying house set.

The Riviera proved to be a step away from just house sets with artists such as Louis Futon, Tourist, and Hippie Sabotage bringing the day party vibes to the desert. The stage was set directly in front of the pool area so guests could cool off while dancing to their favorite music. Dreamy performances from ilo ilo and Shallou graced the stage on Sunday and Canadian-artists Keys n Krates and Ekali finished the weekend off strong with bass-filled tracks.

The vibrant Saguaro hotel proved to be a sensation last weekend, reaching full capacity both days of the festival. Friday brought pulsing house music from Bones b2b Lee Wells, Option4, Golf Clap, and Solardo. Headlining the stage was the ever-so-popular Escapade set (curated by Ardalan and Walker & Royce). The Sunday lineup at the Saguaro made sure to keep festival attendees partying, kicked off by a special b2b by Hood Politics DJ Susan and Nutty. Prok & Fitch, Detlef, and DJ Seinfeld followed thereafter, leaving Hot Creations founder Lee Foss to finish the weekend off strong.