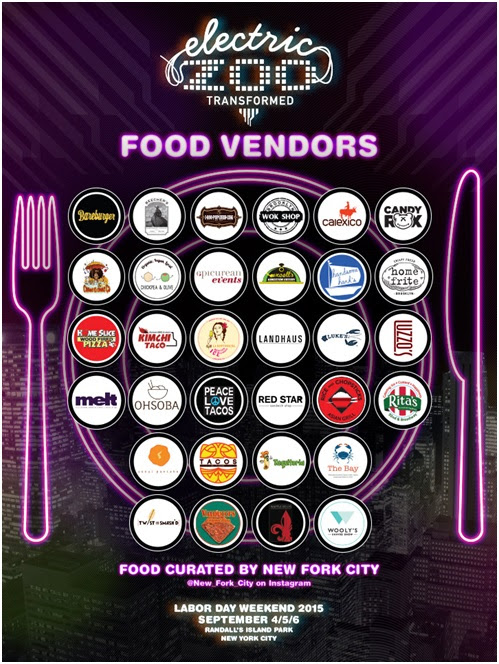 Electric Zoo: Transformed is taking over Randall’s Island Park in New York City this Labor Day Weekend for a 3-day open air event in the heart of the city that never sleeps. From September 4 – 6, 2015, in addition to the DJ and live act headliners, EZOO is providing patrons with 30-plus food vendors, curated by New York.

Made Event’s Electric Zoo is celebrating its seventh installment in New York, with its re-imagined and re-invented Transformed edition making its debut this year. What better way to celebrate than with a culinary history of NYC, curated by the city, with diverse offerings?

For more information and to purchase tickets, visit electriczoofestival.com.