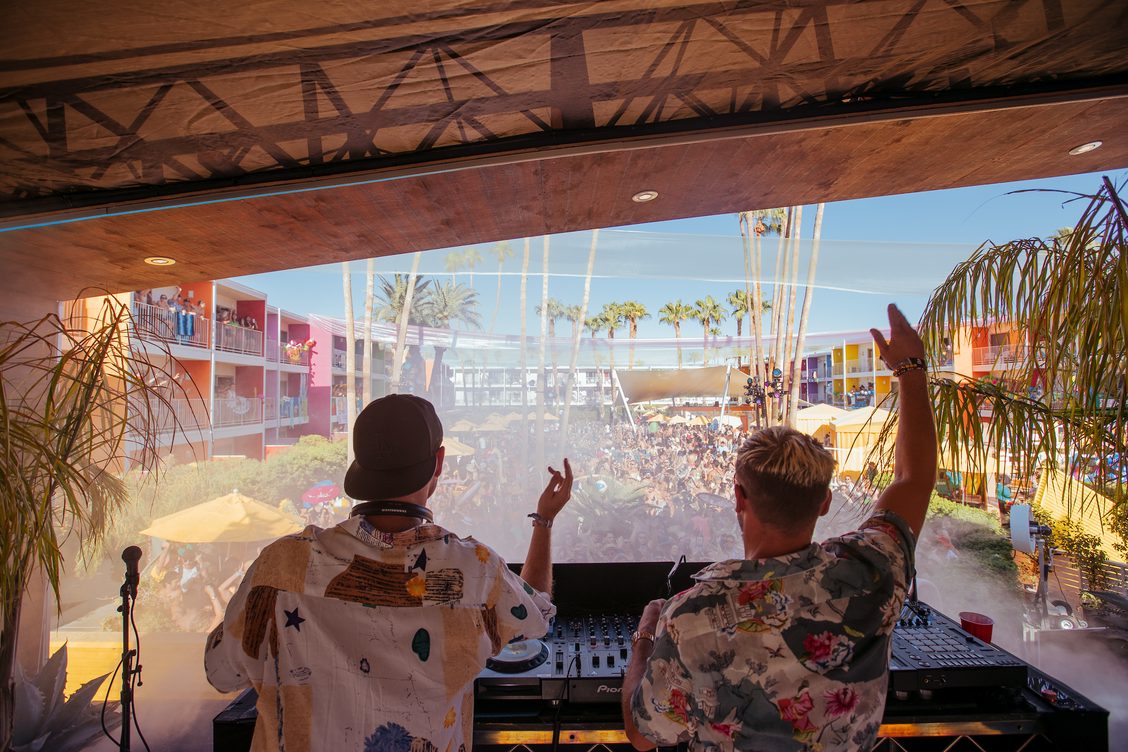 Fan-favorite Palm Springs festival, Splash House, announced a huge comeback today with a two-weekend party with massive separate lineups. With industry icons such as Dom Dolla, TOKiMONSTA, Bob Moses, and Gorgon City headlining each weekend, attendees are in for an unreal end-of-summer soiree. The pool parties will take over the Renaissance and the Saguaro hotels and for the first time ever, the Margaritaville hotel. The festival makes its grand return on the weekends of August 13-15 and 20-22. Tickets are officially on sale today at 12 pm PT at splashhouse.com.

Returning for its eighth year in the desert, Splash House is known for its pool-side stages and colorful venues. With next-level house and dance music programming, event guests are in for an ultimate summer getaway. When the sun goes down, the party doesn’t stop with a special After-Hours event at the iconic Palm Springs Air Museum. Under a giant airplane backdrop, special guests touch down on the runway each night under the stars. Huge performances by Lane 8, Green Velvet, and Mason Maynard take the reins for weekend one- followed up by an astounding weekend two lineup taking flight including MK, Cloonee, and a very special guest.

The beloved Splash House festival is finally returning to Palm Springs this summer. Tickets are on sale today, June 17th, at 12 pm PT. Guests must be 21+ to attend. Passes start at $159; After Hours passes start at $60. Hotel Packages are available at all host hotels starting at $300 per person. We’ll see you in the desert!