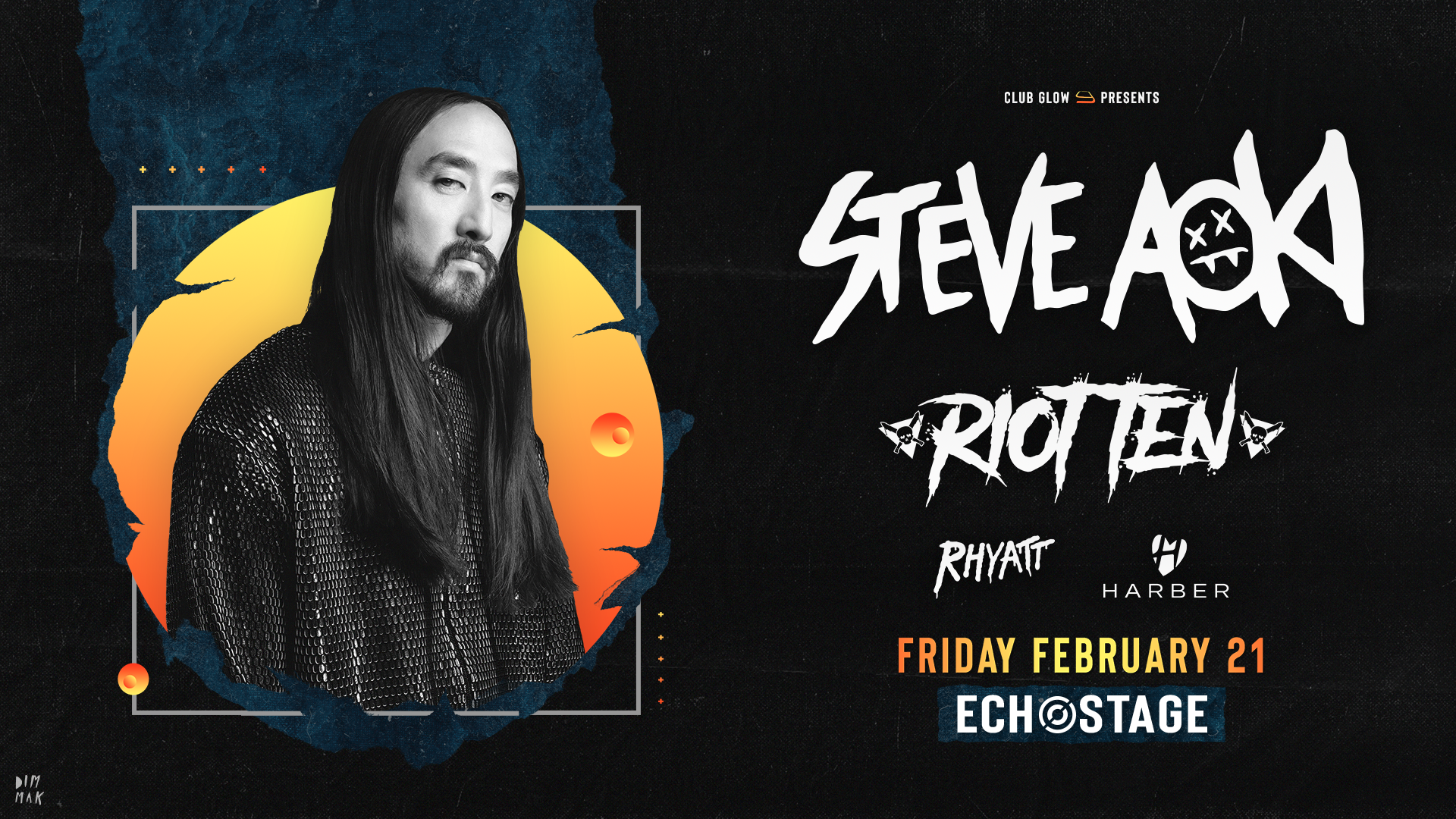 Club GLOW presents Steve Aoki with Riot Ten & HARBER is already guaranteed to be one of the club’s hottest tickets of the year — and it’s just before Miami Music Week/Winter Music Conference, and the start of festival season.

Steve Aoki is one of the industry’s most determined, passionate, and entertaining acts. From his encapsulating Netflix documentary I’ll Sleep When I’m Dead, to recent collaborations with Sting, SHAED, Maluma, Ummet Ozcan, Dzeko, the Backstreet Boys, Aoki remains at the top of his game. Aside from his immense work with his notorious Dim Mak imprint, Steve’s remix of R3HAB & Zayn “Flames” has been dominating dance floors, DJ sets, and dance radio since its release earlier this year. The Neon Future king, Steve Aoki, recently announced his residency at HQ2 in Atlantic City, along with countless other gigs. The real question remains: How many cakes will need to be ordered before Steve embarks on his upcoming tour?

Billboard-charting, Forbes and Us Weekly featured DJ, producer, musician, and songwriter HARBER, based out of NYC, makes his way to D.C. as direct support for this show. After just providing the soundtrack behind the decks for Bravo’s Summer House TV series season 4 premiere party at Bounce Sports Club in NYC, HARBER has even more gigs coming on the road to festival season as well as new original singles, official remixes, surprise collaborations, and the latest installment of his monthly mix series, SAFE HARBER SESSIONS: Volume 4, coming this month. HARBER has recently provided memorable sets during Miami Music Week (Moksi & Friends), a sold-out Spinnin’ Records yacht party with Moguai and Riggi & Piros, headline shows at Mercury Lounge and Bowery Electric in NYC in partnership with TWLOHA (To Write Love On Her Arms), and many more. His recent remixes of Sultan + Shepard x Rock Mafia x Bahari “Miles To Your Heart” (12 Tone Music) and NERVO “Worlds Collide” (Thrive Music), have been racking up the streams and garnering support from the likes of Nicky Romero, R3HAB, Dimitri Vegas & Like Mike, and more.

Want to join us on Fri., Feb. 21 at Washington D.C.’s leading nightlife destination with some of the biggest acts in dance music? The Nocturnal Times is giving away a pair of tickets for the event. Entering to win is easy, so just follow the simple steps below.

Grab your tickets, while they are still available, HERE.