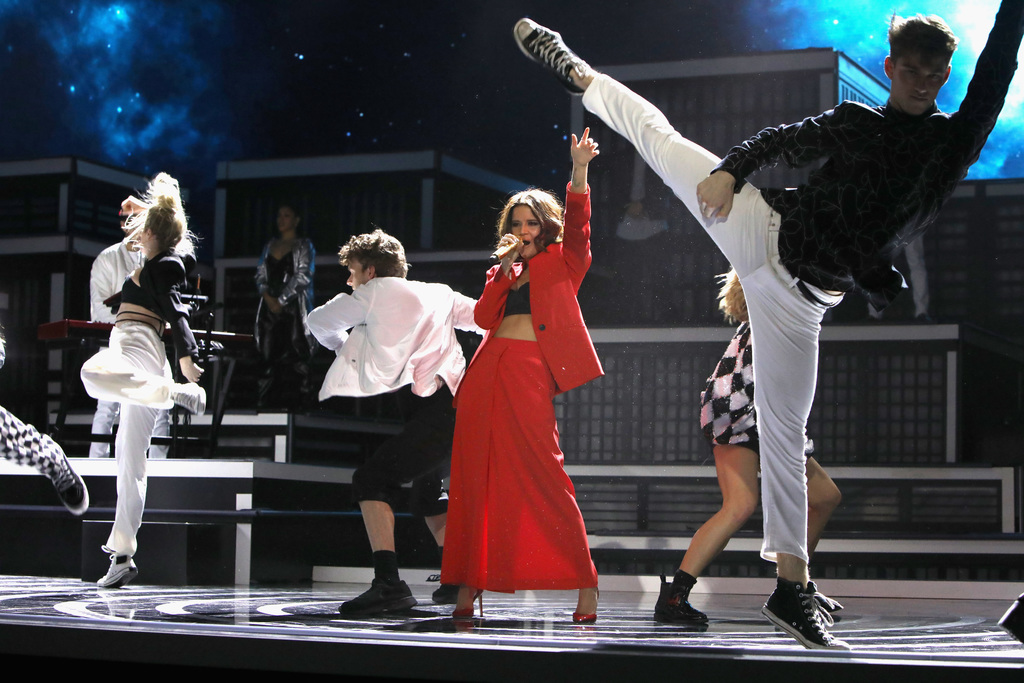 In collaboration with Target, GRAMMY winners and nominees Zedd, Maren Morris, and electronic music duo Grey, presented their newest single “The Middle.” The track made its debut with a brand commercial as part of a Target TV Spot airings during the Recording Academy’s 60th annual GRAMMY Awards show. What better way to showcase a new track than with a visually stunning performance that makes its massive viewing debut across the globe. Target found no better way to deliver #MoreMusic to fans with this commercial-turned-music-video.

Directed by legendary music video and commercial director Dave Meyers, known for his past collaborations with artists like Justin Timberlake, Kendrick Lamar, Dave Matthews Band, Missy Elliot, Britney Spears, and more, this Target spot commercial celebrates the award show’s history by reflecting its constant debut of unexpected performances across a wide array of musical genres. With the track’s harmonious collaboration of electronic and country music, this year’s spot allows us to experience exactly that. Behind the scenes, a number of talented artists from video professionals and dance choreographers to Zedd himself bring the entire music video commercial collaboration together. Their contributing efforts in smoothly blending these musical genres and corresponding choreography in the final commercial airing truly reflect what the GRAMMY’s are all about.

Executive Vice President and Chief Marketing Officer of Target, Rick Gomez, expressed the significance of music in relation to the brand highly valued by many. He states, “Music has always been a powerful way we connect with our guests, and this was another great opportunity to bring them more music and access their favorite artists.” The commercial project’s main goal was to produce a coexisting collaboration of artists and brands in a way that only Target can. With the influence that music has on many, the brand found a way to effortlessly bring two completely different cultures together. “The Middle” was not only a featured track in the award show’s most talked about commercial showing, as fans will also be able to enjoy the tune when it officially becomes a part of Target’s Spring Style campaign on February 4th.

Target has been a part of many exclusive and memorable GRAMMY commercial moments over the last couple of years, always reliving #MoreMusic with these spectacular presentations. From collaborations like those of Carly Rae Jepsen and Lil Yachty with the remake of classic anthem “It Takes Two” and sponsoring/filming Gwen Stefani’s “Make Me Like You”, to a surprise commercial break live performance like “Shots” by Imagine Dragons back in 2015. To top off their already highly-praised productions from the past, this year’s GRAMMY’s debut of “The Middle” demonstrated Target’s highly-valued desire in keeping their musical endeavors alive, and we’ve gotten a full glimpse on the company’s passion for connecting their guests with the power of music.