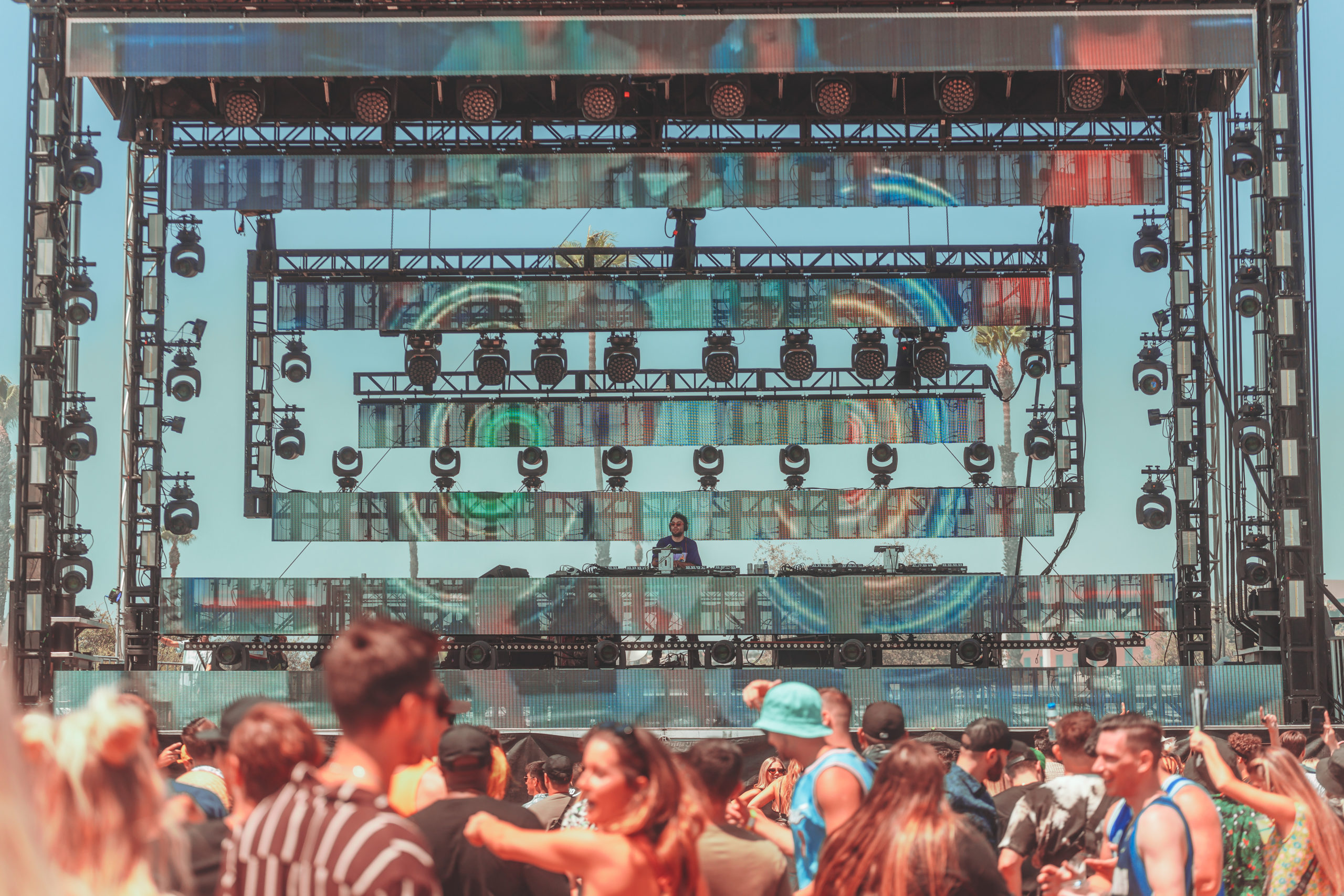 With an epic weekend at DAY.MVS XL behind us, there were many standout sets to look back on. One of the definitive highlights was FREAK ON’s daytime set on Saturday. The LA-based DJ and producer kicked off the festival with a high-energy, all-encompassing set that got the crowd fired up for the weekend. We were lucky enough to sit down with him after his set and talk about his feelings on his DAY.MVS debut, his upcoming releases, and his goals for the future. Check out FREAK ON’s exclusive interview below.

The Nocturnal Times: Congratulations on your set here at DAY.MVS XL. We know you have some history with San Diego, such as some releases on local label Hood Politics, and your artistic career. Was this show special for you? How do you feel it went?

FREAK ON: Oh my god, it was so special. I’ve played a few shows here, they were smaller things when I was just starting out, but this was my biggest one yet. I was absolutely floored when I found out that I booked it. It took forever to get to this point. It feels like this year flew by and as soon as the day came, I was so nervous. But as soon as I got up there, I felt the energy, there were already people out there coming to support me and I am so grateful. It was very special.

NT: The energy down here at the Waterfront Park is always so unique and definitely one to remember. How would you describe the crowd and environment here compared to other festivals?

FO: I mean, San Diego has its own vibe. The crowd was unmatched. There’s a different vibe to every festival but I always love the Waterfront and the people that come out here. It was such a fun time, people were engaged, they were having a great time too, so it made my set a lot easier. I love when people are out there raging.

NT: With such a stacked line-up this weekend, are there any artists here that you look up to or draw inspiration from?

FO: I have to say that MK has always been an inspiration to me. He’s been doing it forever and has always made great hits. There are also some newcomers that have inspired me like Cloonee, he’s been crushing it. FISHER’s energy has always been an inspiration, he goes non-stop the whole time. He gets the crowd engaged not just because of his music, but because of his personality, and I kind of look up to that. That’s why I always try to be as animated as I can on stage since that’s part of the game- getting the crowd engaged and getting them going.

NT:  You’ve seen much success this year with tracks across labels such as Sink or Swim, House Call and This Ain’t Bristol. What’s next for you in the coming months? Do you have any special releases coming out?

FO: Yeah I do, shoutout to Sonny Fodera for believing in my music. I have a brand-new EP dropping on August 20th on Solotoko, it’s called “Ay Chica.” I’m really excited for this one, it has some trumpets and some Latin vibes to it, it’s going to be really different. I’m really stoked to share it with the world. It’s available for pre-order now.

NT: We’ve noticed you definitely have made a name for yourself and secured yourself in the industry since your debut in 2019, where do you see yourself in the years to come? What’s your biggest goal?

FO: Honestly, just to get my music heard by more people, get more fans, meet everyone I can, get on some big line-ups with some big festivals, and at the end of it- have my own solo tour. Having a solo tour would be huge.

NT: Thanks so much for getting together with us. It’s been so much fun seeing you perform here at DAY.MVS XL. Is there anything else you’d like to share with those who came out to see you and your fans?

FO: Thanks so much for coming and supporting me, I love you all. It means the world to me. I never thought in a million years that I’d have people coming to see me, so I’m super grateful for you all. Keep riding with me, it’s a long journey, but I promise it’s worth it.