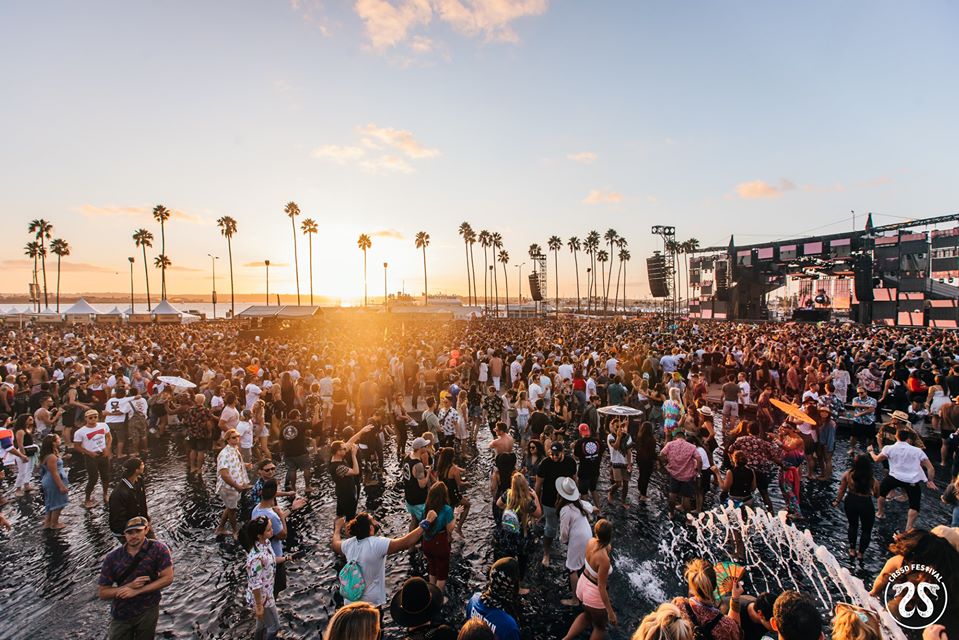 CRSSD Festival is back with another stunning lineup announcement, just a few months after another successful fall edition of the San Diego electronic haven. With massive industry leaders such as Gessafelstein, RÜFÜS DU SOL, and Carl Cox headlining the Spring 2020 event, it is sure to be an unforgettable weekend. Tickets are officially on sale Tuesday, December 10.

The popular SoCal music festival will return to the idyllic Waterfront Park during the weekend of March 7-8, 2020. Since its debut five years ago, CRSSD Festival has become known for consistently showcasing the very best in house and techno music. Now, celebrating its eleventh-edition to date, the festival is once again bringing some of the world’s best DJ’s and live acts to the oceanfront venue. Over forty acts will take over three massive stages during the course of the weekend for an eclectic experience for festival-goers.

This year’s Oceanview stage is led by two of the most influential acts in live contemporary music today. French producer Gessafelstein holds his own dramatic yet unique sound and has collaborated with the likes of Kanye West, A$AP Rocky, and Daft Punk. GRAMMY-nominated RÜFÜS DU SOL have emerged as one of the most treasured groups in electronic music over the last five years. Their last CRSSD performance drew one of the festival’s largest crowds to date.

Rounding out the Oceanview’s live performances is Detroit house producer Kevin Saunderson, techno-punk group the Red Axes, and Belgium pioneers Soulwax. Straying away from the tech-house collective- singer Evan Giia, American rock-group The Rapture, and Madjid Jordan round out the stage with a variety of pop, rock, and hip-hop sounds.

Known as CRSSD’s home of house music, The Palms stage is led by ever-popular Chris Lake and Purified Records founder Nora en Pure. A heavy French presence takes over the stage lineup- with a special back-to-back between 2manydjs and Brodinski, alongside Etienne de Crecy, Club Cheval’s Myd, and French Express founder Perseus. Disco and party-tech sounds will be showcased by Purple Disco Machine, while Patrick Topping and Kaz James bring deeper vibes to the stage. Finally, Dom Dolla and London-based PAX will keep the party going with high-energy sets for festival-goers.

CRSSD Festival is a 21+ event located at Waterfront Park, just a few minutes away from the Amtrak Station. The venue is complete with oceanfront sunsets, splash-friendly fountains and three stages. The event will offer craft beer, gourmet food vendors and a full mixology program. Tickets will go on-sale on Tuesday, December 10.

Related Topics:CRSSDmusic festivals
Up Next