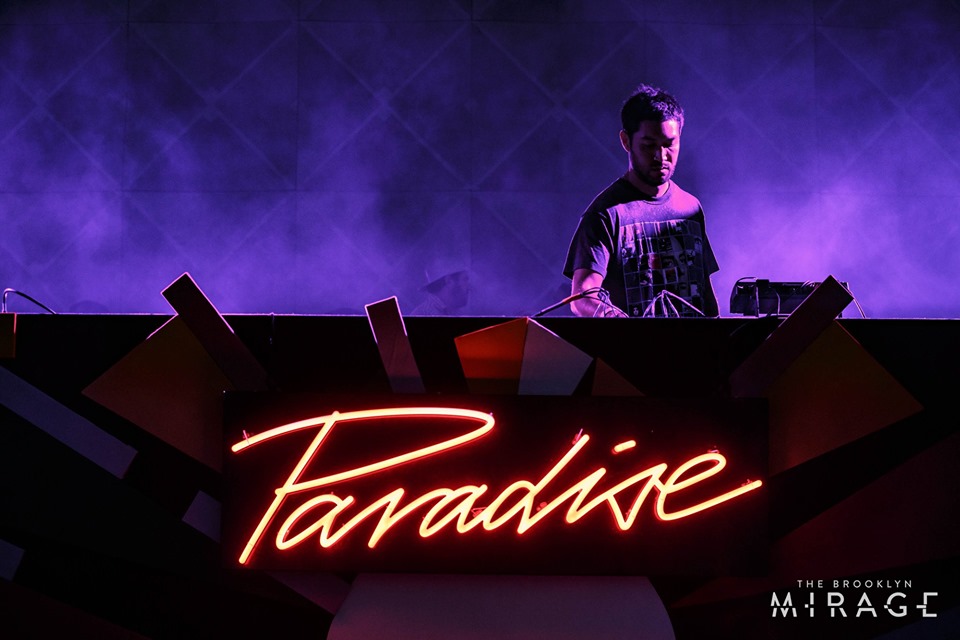 Closing out summer in the most extravagant manner, Jamie Jones brought his lively curated event series to The Brooklyn Mirage and turned the city that never sleeps into pure paradise. After a successful run at the same venue last year, there was no way that the techno and house music legend would miss throwing yet another grand Paradise takeover for a second time around.

All night long, attendees witnessed one of the most exotic live music experiences to date, as Jamie Jones put on quite the house and techno fiesta. While melodic electro beats filled every corner of the venue, the vibes were completely unmatched and there was this compelling energy in the air all throughout as well. This NYC Paradise takeover was so massive that all of Avant Gardner’s uniquely laid out spaces opened up its doors in order to host such an electrifying event. As if the breathtaking NYC skyline views and extraordinary fresh-air feel of the Brooklyn Mirage alone wasn’t enough, both the Great Hall and the Kings hall opened up its enclosed spaces for attendees to indulge in.

The 10-hour long Paradise soiree wasn’t just a show, it felt more like a mini music festival to say the least. Jamie Jones did an impeccable job at bringing those fiery Ibiza vibes everyone speaks so highly about and kept the party going until 4:30 am alongside some of his closest music-producing pals. Each room within the venue held a distinctive feel of its own, but no matter which one we ventured off into, we couldn’t help but let loose and dance our worries away.

The vast Great Hall showcased an exclusive techno set from Jamie Jones himself as well as unique sounds from Alan Fitzpatrick, Octave One (live), and DJ Holographic, while the more intimate Kings Hall featured more of a techno-heavy underground club vibe as Lee Foss, Cuartero, Rebūke, and Benny Soto & Mike Nervous took over the stage. For the first time ever, there was a small outdoor RV-like stage right outside The Kings Hall with mini disco balls and old vinyl record decor all throughout, adding a special touch to the Paradise theme. The fully open-air portion of the incomparable Brooklyn Mirage was home to David Berrie, Melé , wAFF, Masters at Work, and Mr. Jamie Jones, as he closed out the night and took attendees on a one-of-a-kind soul-filling house music journey.

To anyone who attended, this recent Paradise NYC takeover was pure tech-house heaven. Everything from the music to the Ibiza-like trendy decor and radiating energy in the air was everything we needed and more to conclude yet another eventful summer in the city. After experiencing such an exceptional level of production, it’s sure going to be hard to top this one. Thank you Jamie Jones, for sharing a taste of your Paradise world with us in the city that never sleeps – see you next year!