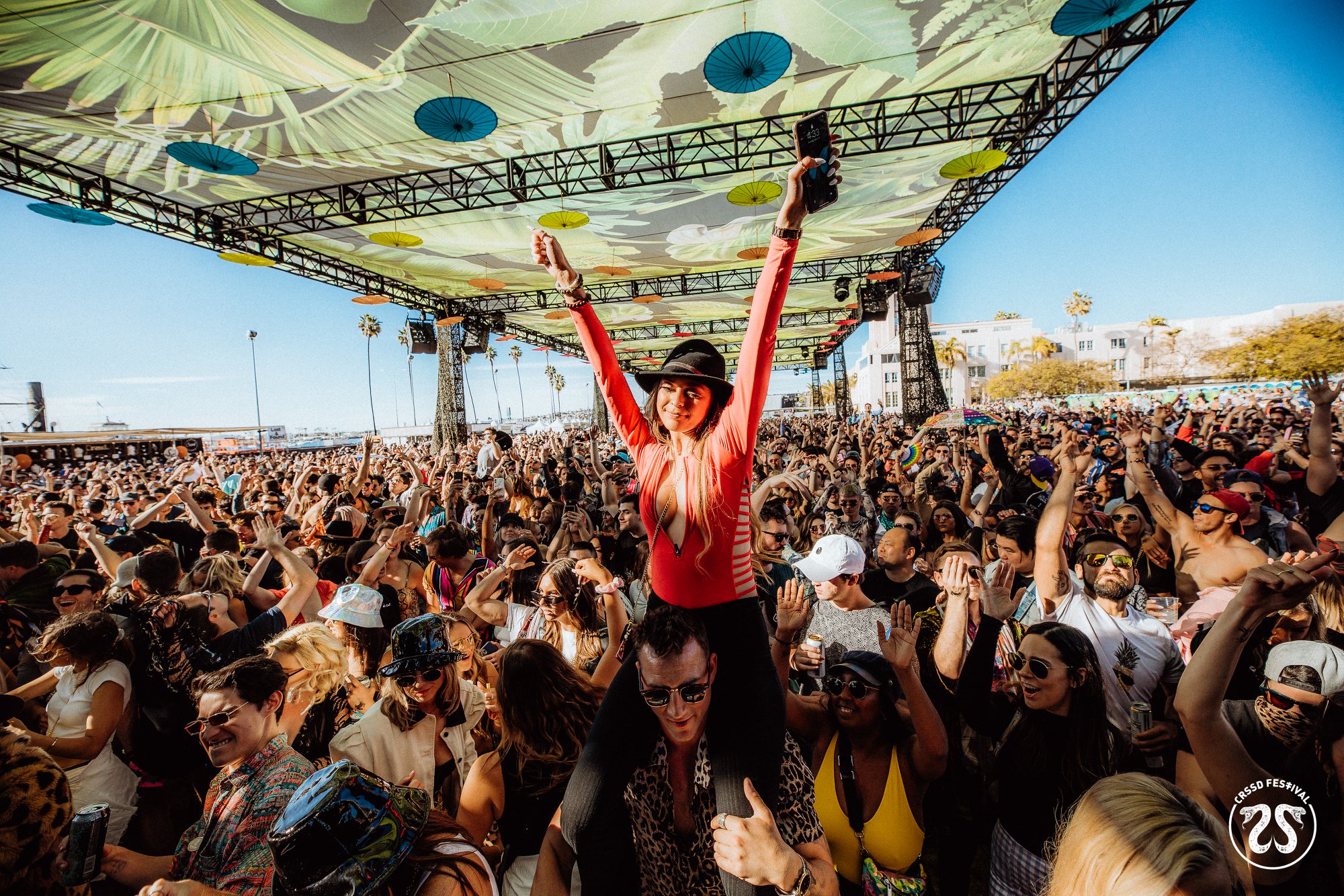 With DAY.MVS XL taking place this weekend at the idyllic Waterfront Park, there are a few artists that attendees absolutely can not miss. Check out this shortlist below of artists we’d like to highlight. From progressive house to techno, the programming this weekend is perfection. For full set times and stage splits, click here.

When you take dreamy synths, live guitar, and mesmerizing vocals, you get Berlin-based producer Monolink. For those who haven’t seen his recent Cercle set in the Maldives, the DJ is a wonder in the electronic music industry, continuously securing major festivals and capturing fans worldwide with his nostalgic discography. Mixing both folk, indie, and progressive electronic melodies, this sunset performance by the water is one you won’t want to miss.

For over fifteen years, Āme (the German duo of Frank Wiedemann and Kristian Beyer) has been procuring new sounds and taking over clubs globally. With a European festival tour on the horizon, the two are fortunately making a stop in San Diego beforehand. Looking to constantly change the future of house music, the group curates selective releases, live events, and even their own boutique storefront to facilitate a relationship between the artists and their fans. Featuring light melodic synths, heavy-hitting basslines, and remixing beautiful vocalists such as RY/X, Āme continues to defy genres and bring fans everywhere all of the emotions. With their close-out set on Sunday night taking over the Southside stage, DAY.MVS XL attendees are sure to leave the festival with a truly moving experience.

Miami-based DJ and producer duo The Sponges have made their mark in the house music industry over the last couple of years since the release of their debut single, “Funked Up.” Today, they have secured shows across the country from New York to Las Vegas. They will be kicking off the festival early on Saturday at the Northside stage, as one of their first festivals in San Diego. Mixing disco, funk, tech-house, and more, the two are sure to get the party started and keep fans dancing all day long.

Hailing from Finland and Sweden, Yotto and Jeremy Olander are no strangers to taking over the stage together with major B2B’s. Last seen in tandem at Open Air London in 2019, the two bring an insane amount of energy when brought together. Both signed to Anjunadeep Records, the two are known for mixing progressive melodies with techno basslines- and the result is breathtaking. With multiple “Hottest Records in the World” on BBC Radio One, Yotto has cultivated an ethereal tracklist and support from the likes of Laurent Garnier and Eric Prydz. Jeremy Olander, on the other hand, has seen immense success in his solo career with a humble start at Prydz’s label “Pryda” which turned into the creation of his very own label. The friends have seen the top of the Billboard charts and performed at international stages from CRSSD to Creamfields. Their evening set is sure to be the perfect energy during golden hour on the final day.

London-based artist Cloonee has made a name for himself since his epic debut EP on Elrow Music in 2017. Today, he is one of the top tech-house artists in the world, with at least one of his tracks consistently on the Billboard charts. One of his latest releases, “Mi Amor,” has already cultivated over a million streams on Spotify alone. This weekend, Cloonee will set the dance floor on fire with his bass-driven tracks and catchy melodies. Especially for fans that missed his recent San Diego show with fellow DAY.MVS XL headliner FISHER, you absolutely are not going to want to miss this one.