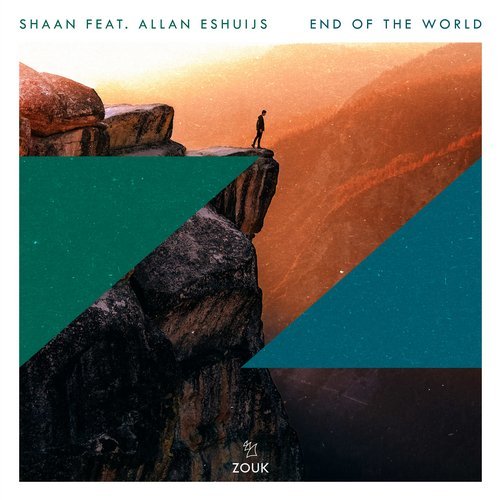 Shaan has joined forces with Allan Eshuijs on “End Of The World” on Armada Zouk. “End Of The World” drops just in time for the end-of-the-year vocal tune is big-room and dance-floor ready. Shaan is the first Indian talent to ever play at Tomorrowland, the world’s most iconic festival which is held annual in Boom, Belgium. From Tomorrowland to playing main stages with the likes of Hardwell, KSHMR, and W&W, Shaan has taken his massive Indian following to new heights.

Late last month, we touched base with Shaan just ahead of the release of “End Of The World” to discuss the upcoming production. During our exclusive interview with Shaan, he gave The Nocturnal Times the scoop on how the track came to fruition. Additionally, in our interview, he revealed that the track would make its live debut at the Guestlist4Good main stage on Dec. 2.

Listen to Shaan feat. Allan Eshuijs – “End Of The World”:

“End Of The World” follows Shaan’s previous releases on Armada, including, “Break Your Ways” and “Hooya” with Sandro Silva, as well “Fire” on Armada Captivating, and “Let Love Go” feat. Hellen on Armada Trice, and “Light Up The World” on Statement! Recordings. Over the course of his seven-year career, Shaan has earned the support of acts such as Tiësto, The Chainsmokers, Dimitri Vegas & Like Mike, Tritonal, Ruben De Ronde, Sick Individuals, Blasterjaxx, Ummet Ozcan, Thomas Gold, Chuckie, Cash Cash, Breathe Carolina, Borgeous, Nicky Romero, Heatbeat, and more.