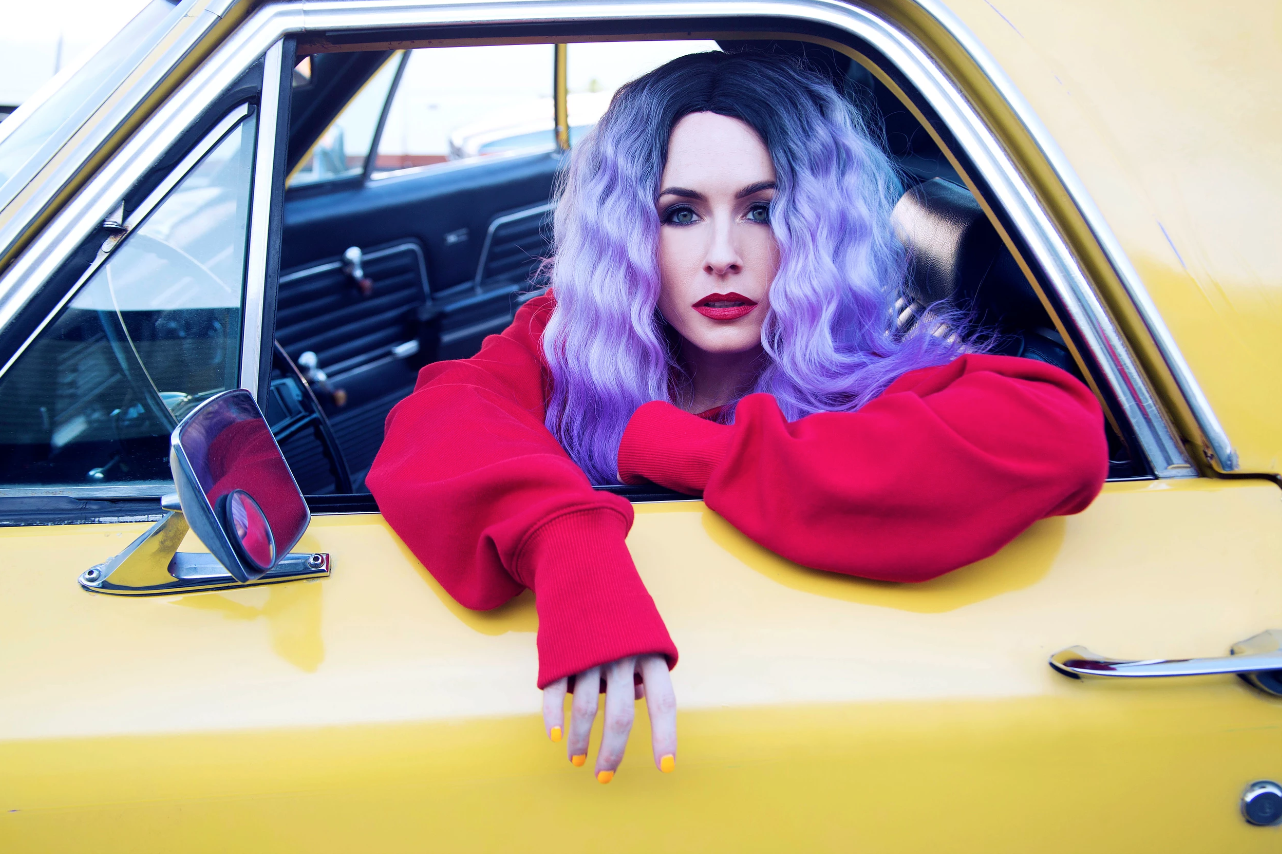 Bright Lights Brings Us Up to Speed on “Gringa” [Interview]

You’ve heard the name before, but who exactly is Bright Lights? The Nocturnal Times sat down with the multifaceted songwriter, vocalist, producer, and DJ ahead of the release of her anticipated new single “Gringa” for an inside look at what makes Bright Lights, Bright Lights.

“Gringa” is a Latin-infused, pop-inspired track, which encompasses an electronic flare. Fito Blanko on “Gringa” brings an added element to the anthemic production, which released today (October 5) through her very own imprint, 333 Recordings. Bright Lights took the stage at Electric Daisy Carnival Mexico last year, where she performed “Gringa” alongside Fito Blanko.

No stranger to the music world, Bright Lights has been contributing to the electronic community since featured on Hardwell’s “Never Say Goodbye” with Dyro. Since the 2013 Revealed release, Bright Lights has collaborated with 3LAU & Paris & Simo (“Escape”), Dannic (“Dear Life”, “Forever”), Thomas Gold (“Believe”), Raiden (“Heart Of Steel”), and Laidback Luke & Made In June (“Paradise”).

“Over the 10 years that I’ve been songwriting and producing, I’ve made records that blend so many different genres from rock to dance to hip-hop to pop and I’ve always loved Latin music. So, I present to you my first Latin release. I can’t wait to share all this new music I’ve been producing with you guys because it really does show a different side of me. I think you’re going to be really surprised!” – Bright Lights

The Nocturnal Times: There’s no question you’re a quadruple threat – a producer, singer, songwriter, and DJ. Is there any craft you enjoy more than the other? Tell us a little bit about your creative process.

Bright Lights: Not at all… each one feeds the other. I’m a better songwriter because I sing. I’m a better producer because I DJ. All four roles make me who I am as an artist and are equally important. My music is based on my life. So, a creative spark can strike at anytime and I have to get the idea out right then and there. Most of my biggest records were written in about 45 mins. That time is crucial… it’s the initial magic and spark. From there, the records are developed and edited and the production is changed or fine tuned, but the magic and the feeling I initially had when writing it must be kept intact.

The Nocturnal Times: As a multi-Grammy nominated singer with over 1 billion collective streams on Spotify, you’ve had the opportunity to work with some major players and write songs for superstars such as Britney Spears, Justin Bieber, Beyoncé, among others. Can you name your all-time favorite collaboration?

Bright Lights: Hands down Beyoncé. Although we didn’t have a release together, we spent 2 weeks working in the studio on her album. She’s one of the nicest, most beautiful souls I’ve ever met and she really steers her own ship. She is the epitome of female empowerment and drive and I was blessed to have witnessed that firsthand. She also treats her songwriters and producers like family. I don’t know another artist who does that.

The Nocturnal Times: Aside from collaborations, has there been a singular memory or experience from throughout your career (thus far) that has been the most monumental?

Bright Lights: When I performed “Runaway” with 3LAU at the Staples Center in LA on the ZEDD True Colors Tour. That was such a special, full circle kind of moment for me! It was really amazing for Justin (3LAU) to invite me on stage with him that night. I’ll never forget it.

The Nocturnal Times: “Gringa” shows a brand-new side to Bright Lights, as this is your first Latin release. Tell us a little bit about the inspiration behind the song? How was it working with Fito Blanko?

Bright Lights: As a DJ playing in nightclubs until 3, 4, sometimes 5am… you’re always in a party atmosphere. You’re being offered shots every time you turn around and party favors. In that environment, and even in this business, you’re often expected to partake. It’s like going to another country and turning down food someone serves you. And I just got to a point in my career where I was like, “You know what… I don’t need drugs… I AM the drug.” The whole reason why the club is poppin’ and the dancefloor is packed is because I’m here starting the party. So Gringa was born out of that… I am the party, I am the drug, I got what you need… that white girl, la gringa!

To be honest, my plan was to write the whole record in English but I kept getting stuck on that one section. The only way I got through it was to write it in Spanish. I’ve always loved Latin music so I’m really excited to be releasing this song. Having Fito on this track is a dream come true. He’s a legend in his own right and I’m so excited we can share this together.

The Nocturnal Times: Is this a new direction for your music as a whole? What can fans expect from Bright Lights throughout the rest of 2018 and into the new year?

Bright Lights: I’m happy to be making records that show a different side of me. As Bright Lights, most people know me for writing super serious, inspirational or sentimental love songs. And that’s a big part of who I am but anyone who knows me will tell you, I’m always laughing and cracking jokes. My personality can be very funny and IDGAF when I’m comfortable with someone. So, this is me being more comfortable with my audience and opening up a little more, showing a bigger picture of who I am. In 2019, I’m definitely coming back to some of those deeper, more emotional records, which I’m really excited about. I’m releasing one single a month, leading into an EP and that leads into my full album. So, the train is leaving the station and it’s gonna be a wild ride!

The Nocturnal Times: What advice could you provide to aspiring female producers/DJs on creating their own path to success?

Bright Lights: Find a lane that no other female is in, develop yourself in that lane and ride it all the way to the bank girl!