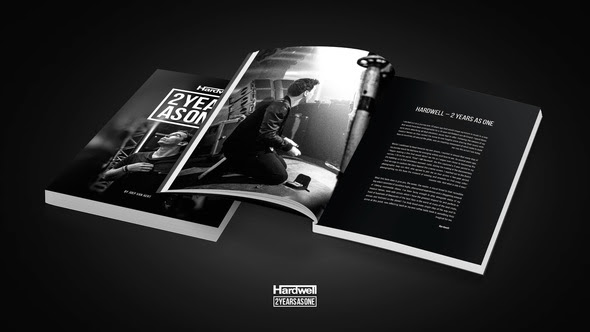 Ever wondered what it’s like touring the globe as a DJ Mag winner? Now you can get a glimpse of Hardwell’s journey to stardom, in a limited-edition coffee table photobook ‘2 Years as One’ detailing his life and career, from the moment he was first voted #1 DJ in the world.

In a unique medium for the music industry, Hardwell is giving his fans an intimate and personal look at what life behind the scenes is really like for one of dance music’s biggest success stories, in the hopes of inspiring his audience to follow their dreams in the same way he has. Looking at his career trajectory, it’s safe to say he became an overnight global phenomenon, and the book captures his defining moments, such as winning the DJ Mag Top 100 DJs Award for a second time, as well as the sold out closing show of his I Am Hardwell world tour at the world renowned Madison Square Garden.

The book takes readers along for the ride at his shows, on tour, with his fans, however it also shows the effect of the rise to fame with his close friends and family, in never before seen photos. The Breda, Netherlands native and the man behind the label Revealed Recordings has documented his entire journey, from his I Am Hardwell world tour to festival phenomenon which include Miami’s Ultra Music Festival, Tomorrowland, EDC Las Vegas, to his popular Revealed North American Bus Tour and his residencies with Hakkasan Las Vegas and Ushuaïa Ibiza. When showcased this way, it is truly inspiring how much Hardwell has remarkably accomplished in such a short amount of time. He wasn’t all on his own though, and friends that include Armin van Buuren, Dyro, Dannic, Yellow Claw and Tiësto make appearances throughout.

“If you can dream it, you can do it” is the philosophy of Hardwell throughout his unmatched career as an artist. His intention with his photo book is to send the message that with the drive and passion, you can truly follow your dreams. For the dance music fanatic in your life, or the aspiring producer, gift them with this nostalgic memoir of house music’s top players, available for pre-order here for release on November 28th.

Related Topics:DJhardwellphotographyrevealed recordings
Up Next