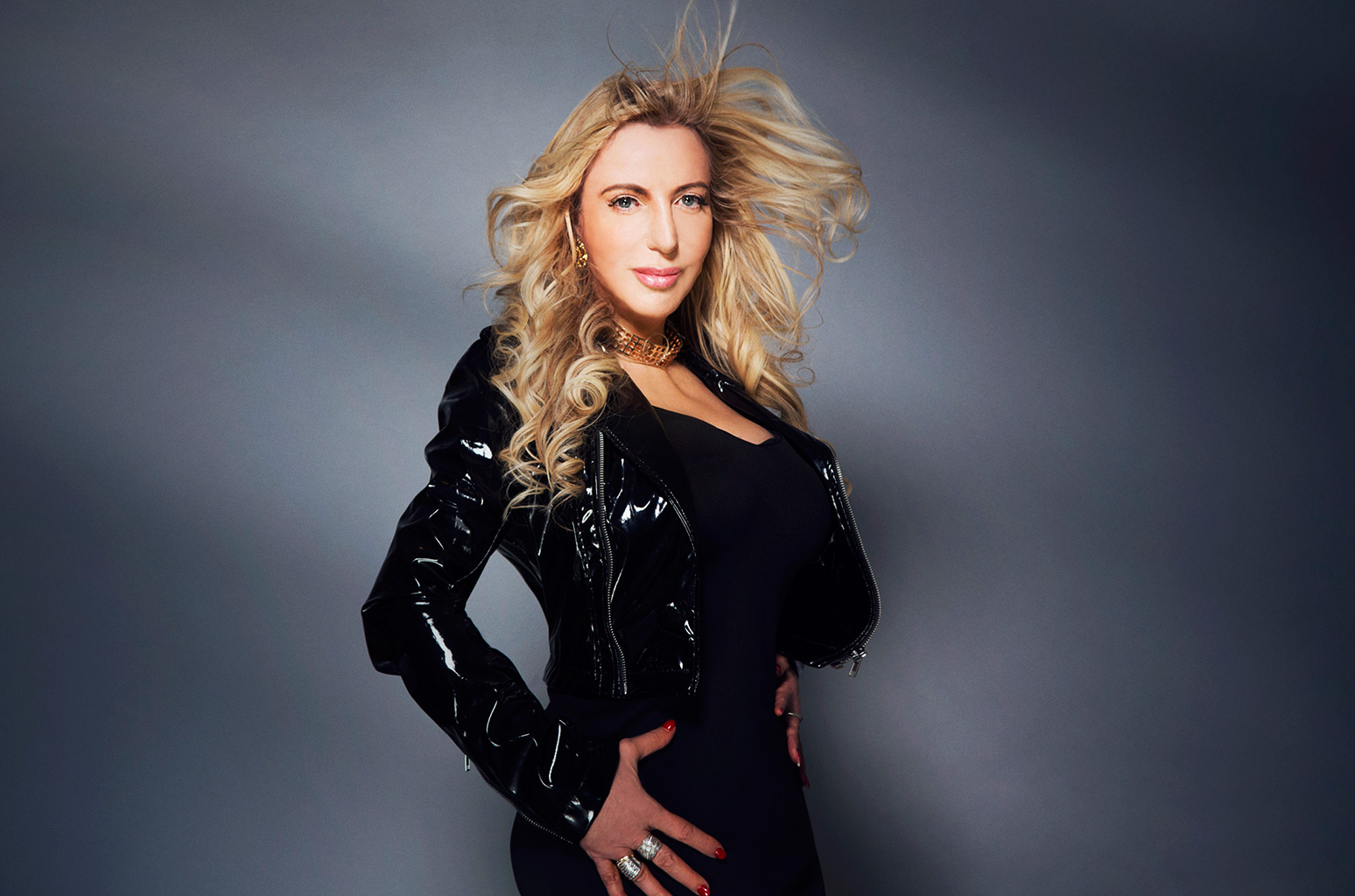 Since “Oh La La La” was released—after years of anticipation leading up to it—we had a chance to chat with Nadel Paris about the single which is climbing up the charts. Enamored with American R&B and pop music, Nadel Paris grew up imitating greats like Aretha Franklin and Tina Turner. The French performer is driven by music, with a radiating passion that shines through.

It wasn’t until “Oh La La La” was released that Nadel Paris hit the scene—climbing the Billboard chart and appearing on several radio stations across the country. The song is seeing continued success along with a slew of remixes from the likes of DJ M, Christian B, Ray Rhodes, and Cyphonix.

The Nocturnal Times: How and when did you first begin exploring music? Did your upbringing influence your decision?
Nadel Paris: My mom was a Christian Dior model. And she always talked to me about fashion and movies. But nobody was a singer in my family. I was enamored with American music. R&B and pop. Music in the 90s+ had plenty to sing along. But I always wanted to time travel and hang out with Janis Joplin, for instance. I would come home from school and play Tina Turner, Aretha Franklin. I imitated what I could and learned a lot. I thought I had a voice, or I liked to sing regardless. Strangely enough, I got signed at a young age. When I don’t sing, I teach singing, acting as well. Kids have a tendency to belt out, and they could damage their vocal cords easily doing so. Sharing the craft and its techniques is extremely rewarding. Being able to sing without the French accent, made a big difference.

The Nocturnal Times: What are some of your favorite aspects about songwriting and live performing?
Nadel Paris: You write the song, and then you re-write it. Then you re-write it some more… Sometimes it’s there very fast, but other times, you have to keep at it until you feel it inside. The melody, the lyrics… You can’t get satisfied until it’s perfect.

The Nocturnal Times: Your single “Oh La La La” is climbing the charts. How did the track come to fruition?
Nadel Paris: We wrote the song in 2015. We thought we had a distribution deal, and it was just a ruse from some bankrupt guy with some knowledge of the business. We had the single out but were just giving our promo money away to that roach. The fact that he used to do some dealings, had him sound believable. Then I met with a DJ who does remixes, promo and consulting and knew excellent remixers like Ray Rhodes. DJ M who did the original track, and co-wrote the song with me, got very inspired when I re-wrote the verses’ lyrics and melody. We now work with promo people/producers who did a pop remix. That got into the iHeart radio DJs ears, all over the country. We have about 60 stations supporting us, including Kiiss FM 103.7 in Chicago. Funny, when you think that as a French kid living in Paris, I loved to buy remastered Chicago blues CDs! We will be airing on Kiiss FM 103.5 in Los Angeles. DJ M’s remix is going strong with that, and I am now attempting to cross over to pop with the new remix by Michael Sutton.

The Nocturnal Times: Remixes of “Oh La La La” from Ray Rhodes, DJM Chicago, and Starbright have been released. How did you go about choosing the remixers and what can you tell us about them?
Nadel Paris:  We were able to have remixes by Christian B, Ray Rhodes, who works with him, and Cyphonix. DJ M did his Chicago remix, which got a lot of terrestrial radio love. Ale Amara also did a glorious mix, which did not make the EP on time. But I intend to work more with him. I’d love more mixes from Ray also. DJ M and I are writing and producing songs for an album now, and Michael Sutton is doing a couple of covers for me, with a pop flavor.

The Nocturnal Times: Where do you find inspiration to create? What’s a typical songwriting or vocal session like for Nadel Paris?
Nadel Paris: It depends. Many times, DJ M will come up with a track. Because we have the same emotional sensitivity, I’ll start singing a melody to it, and writing lyrics. Other times, I’ll call him super early in the morning, and I didn’t sleep. I’ll start singing a melody to him. Sometimes I have the whole song, But I still will make changes, as will DJ M.

The Nocturnal Times: Who are some of your biggest dance music influences? Non-electronic favorites?
Nadel Paris: I actually like dance music from the disco era, and I’m thinking of doing some remakes, lol. I really love house music. But now I want to cross over to pop. I really love mixing styles, anyway.

The Nocturnal Times: If we were to look at your Spotify/Apple Music/SoundCloud/Tidal, which artists or albums would we be most likely to find you listening to right now?
Nadel Paris: Rhianna, Sam Smith…

The Nocturnal Times: If you weren’t working in music, what else do you see yourself doing?
Nadel Paris: Teach. Empower young lives. It’s nice to have it all. Work six days a week at the acting studio I own, which is an Institute also covering all aspects of personal growth in children, as well as acting and singing. Then go to the recording studio, nights, Sundays… It’s music time!

The Nocturnal Times: What does the immediate future hold for Nadel Paris? How about some of your long-term plans and goals?
Nadel Paris:  A show case. A video. I got featured on Billboard magazine, in an interview! I also got a full page in Billboard. We would like to build on that, and all the radio support we have been getting. I would like to tour. If I break out more, lol, I would like to give back. Help children and animals. Right now, I can’t wait for this article with The Nocturnal Times to come out!