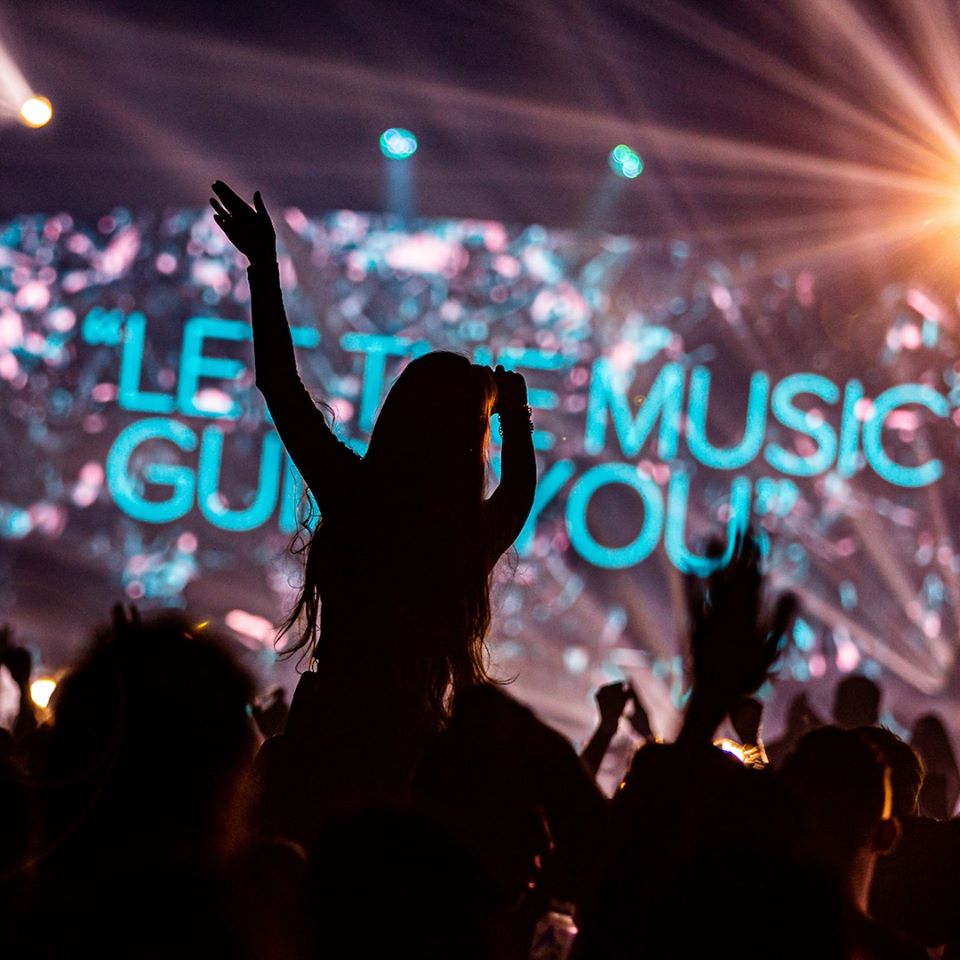 Or a trance family reunion

Over 40,000 Trance lovers from all across the world gathered in the Netherlands for the fastest-selling family reunion. A family reunion also known as “A State Of Trance”. As Armin van Buuren hosted a fully sold-out A State Of Trance 950, a celebration of the genre’s finest stars and sounds, in honor of his globally acclaimed weekly ASOT radio show.

A large proportion of this ever-loving family gathered in Amsterdam on Valentine’s night for a special ASOT warm-up event before celebrating the day itself at Utrecht’s Jaarbeurs venue throughout the course of Saturday evening and early Sunday morning. Those that could not attend the main event got the change to see it streamed on a special live broadcast, where millions of viewers around the world tuned in to see their beloved heroes play.

Before the official opening, many trance lovers had already gathered at the Mainstage. As we entered, Armin van Buuren was already playing his special ‘Let The Music Guide You’ set. This was a more dark, tech-y kind of set – a great set to start the evening with. Soon the whole rooms would be filling up with more fans eager to listen to their favorite artists.

A State Of Trance 950 saw a variety of acts join Armin van Buuren as ravers danced the night away across five stages, each packed with their own uniquely thunderous tones. The likes of Anjunabeats golden boy Ilan Bluestone and German maestro Markus Schulz joined Armin on the Mainstage, but there were also incredible performances from legendary acts such as Aly & Fila and Andrew Rayel. Those interested in a particularly spectacular live show could join both Rank1 and Giuseppe Ottaviani.

Filling the arena with a rapturous set packed with unrivaled energy, Jorn van Deynhoven kicked things off over on the Who’s Afraid Of 138?! Stage. Armin van Buuren himself also played on this stage with his hour-long set packed with an army of eclectic selections, offering a contrasting flavor to his festival-ready Mainstage style. In addition there were performances from Ben Gold, Solarstone, Skypatrol, Key4050, Richard Durand and David Forbes. While the more progressive side of trance was also catered to by an all-star billing which included Scottish selector Grum, a flurry of the genre’s finest names including Rodg, Elevven, Estiva, Bluum, Proff, and Sound Quelle catered towards the deeper sounds of the trance world.

Another stage in this trance heaven. It was maybe the smallest stage, but also the most interesting to see some new(er) names. Usually at the big festivals you see a lot of the same names on the flyer. With this stage we get a fresh breath of air in the scene. With Ahmed Helmy starting off the night only to be followed by a massive b2b from Fisherman and Nifra, ALDA and the Armada crew did a great job lining up the artists for this stage. Besides the aforementioned DJs, you could hear the sounds of Tempo Giusto, Beatsole, Alexander Popov, Rub!k and Drym.

Let The Music Guide You

With the entire venue united by their mutual love of music, ASOT 950 marked another record-breaking event from ALDA. A State Of Trance is one of the most hotly anticipated trance events on the global dance calendar each year. This edition lived once again up to every inch of its humongous reputation. The memories made during the weekend will set to live a lifetime in the minds of trance fans worldwide.

Since the start of ASOT in 2001, the brand has enjoyed a rapid rise. It is growing meteorically to become the largest trance network in the world. Each episode airing to millions globally, every week. This year’s ASOT is centering around the theme of ‘Let The Music Guide You’. All eyes will now turn to the hugely monumental landmark of ASOT 1000. Fans are certain to be treated to another special weekend packed with jaw-dropping surprises – much more to come!