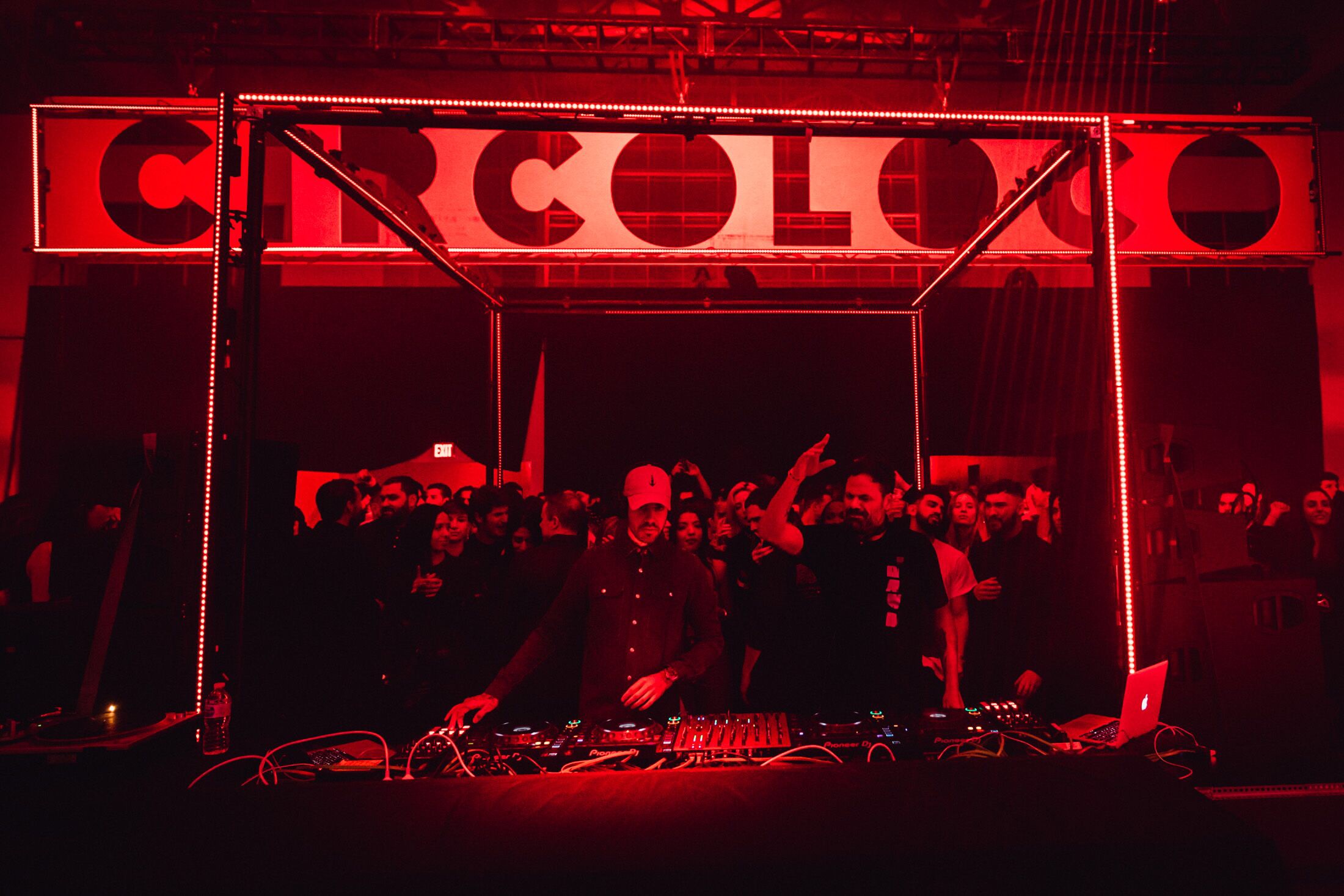 The first North American Circoloco event of the year completely outdid itself during its recent Fashion Week installment right here in the city that never sleeps. With the grand soiree taking place on the night of Valentine’s Day, the energy in New York City was already at an all-time high to begin with, and all the hype for this grandiose Circoloco spectacle only added into the madness.

It may have been one of the coldest nights of the year, but that was the last thing on anyone’s mind as we anticipated the massive techno spectacular presented by the one and only Teksupport event team. The quaint Brooklyn Navy Yard warehouse where this rendition of Circoloco took place was quite the hidden gem, tucked away in the deep whereabouts of Downtown Brooklyn. Entering the venue was an adventure all on its own, as it was located all the way at the end of the secluded yard right by the water, and the vibes could not have been any more underground once we finally entered.

Circoloco is an electronic music madhouse all on its own, requiring very minimal stage design and visual production. The globally recognized brand has done it again, simply by tastefully intertwining some of the most dazzling live techno beats into the abyss of a dark, avant-garde inspired space to help let out our inner craziness. Blazing streaks of red strobe lights and lasers struck the dancefloor all night long, mesmerizing attendees in full effect and allowing everyone to simply get lost in the music.

The exotic extravaganza commenced with Detroit native Mike Servito’s peculiar beats, which had the crowd going nuts from the moment doors opened. With the event intended to take place until sunrise, we were shocked by the amount of people that rushed into the madness so early on. It was a vibe from the get-go all thanks to Servito, and up-next was the highly-acclaimed techno duo Tale of Us. For a little over two hours, the masterminds behind the Afterlife brand completely had us all in a trance with their spellbinding ambient soundscapes. Italian legend Marco Carola followed with his hypnotic minimal techno grooves, keeping the party going strong until the crack of dawn.

Circoloco NYC was definitely a night to remember, and we’re delighted to have been able to be a part of all the commotion. It’s safe to say that when the Ibiza-born brand collides with Teksupport’s creative efforts, the results are bound to be unthinkable. If you missed out on this striking production of Circoloco Fashion Week in NYC, make sure to catch the next one during their upcoming Miami Music Week Showcase on March 19th.