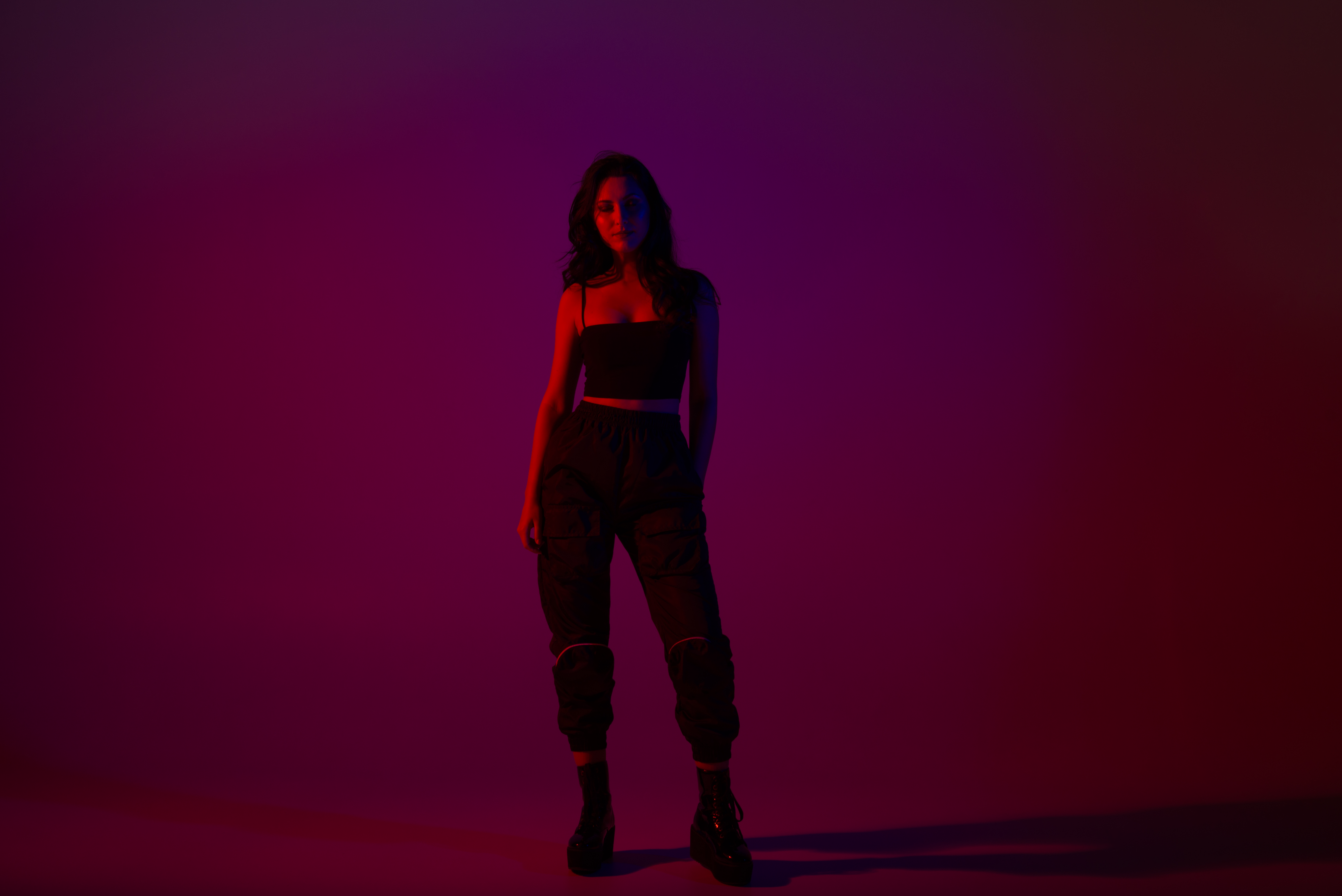 A while ago I got invited by my friend Isaac “Fisherman” to visit the “Airwalk”-stage on “Stereo Sunday.” A festival held in his home town of Venlo (Netherlands). Knowing that female trance superstar DJ Nifra was there I arranged an interview with her. She has been teasing us for a while now with the start of her first new compilation series “Follow Me.”

Nifra is one of the few new and unique DJ’s out there. She is one of the artists of a new generation trance and progressive producers from central Europe. Starting her career in Slovakia & Czech republic she now plays stages across the globe. Her Rebel-army grows by the day. (Rebels is what Nifra calls her fans.) As a member of the famous “Coldharbour Family” she has the opportunity to work with many talented people. There is so much more in store for this rebel leader and I am excited to see what the future holds in store for her.

With the release of her first ever compilation CD, her countless gigs around the globe, collaboration and own releases. I figured this is a good point to take some time and ask her a few questions.

The Nocturnal Times: Nifra. Thank you for taking your time for this interview. How do you like being a guest here at “Stereo Sunday”. I guess most of the festivals you are attending you are mostly playing. Is there a difference for you between being a guest or playing?

Nifra: I really enjoy going to clubs or festivals even on a weekend off. Music runs in my veins so Im always up for a party and even if I don’t perform I enjoy meeting people and listening to music played by other DJ’s.

Nocturnal Times: Today we are a bit unlucky with the weather. How do you feel about the rain today? Do you rather play indoor or outdoor festivals?

Nifra: Yeah, that is something we can never predict with festivals. I have honestly played most of my shows indoor or in a tent so I almost never experienced rain during my set. But for example last week when I performed in Montreal outdoor at AIM Festival huge storm came during another Dj’s set. Everything had to be shut down for like an hour. I was scheduled for a much later slot so luckily at that time weather was back to normal and all the crowd was raving and dancing.

The Nocturnal Times: How did you became part of the “Cold Harbour”-family? And how did it affect your life?

Nifra: Me and Coldharbour recordings go way way back. I actually released my first ever single on Coldharbour in 2008, so ever since then we were in touch and for me the label boss Markus Schulz was the biggest influence on my sound which you can definitely hear. It all started with the big hoover basses that I fell in love with already in like 2004 and plucky melodies. The label evolved quite a lot since then and remains the #1 sound for me in trance. We are just a tad more aggressive and darker and edgier. In 2014 I joined Markus’ agency called Schulz Music Group which took my career to a whole new level. I began to tour in the states which became my biggest market, I have done a couple of tours with Markus as well and I have learned a lot from him, especially his exceptional work ethic.

The Nocturnal Times: Which feelings are you trying to embody with your music?

Nifra: I think it depends on a track, but usually what you can hear in my music is the feeling of euphoria or empowerment.

The Nocturnal Times: How does it feel to be a IDMA-nominated (International Dance Music Awards) artist? Did you expect to be nominated?

Nifra: I honestly didn’t expect it, I didn’t even know that since this year IDMA does also the best female category in every genre. I think its absolutely amazing and feels like I am doing something right. You know I have been in this scene for 10 years and I am here to stay. I work really hard on my craft and I don’t need any awards to make me happy but I gotta say it definitely felt like a little win already.

The Nocturnal Times: Let’s talk about “Follow Me” you been teasing us with it for a while now. What is it and what can we expect from it?

Nifra: ”Follow Me” is my first ever compilation album. Its basically a mixed set by me and you can find 18 tracks on it, which majority of it is exclusive. There is new music by myself and my favorite artists at the moment and I worked on this project for about 6 months from beginning to finish. I am extremely proud of this achievement. The compilation is now released via Coldharbour recordings on all digital portals and also in the physical format which looks really amazing. None of my tracks were released on vinyl so to hold the result of my work in my hands is truly amazing feeling.

The Nocturnal Times: How is making a compilation different from let’s say preparing a live set?

Nifra: Well I think the preparation time is much longer and you treat it more like a studio set. The first part is collecting music, getting remixes done and making exclusive stuff myself. The mixing stage took me quite some time as well, as I kept on going back to it and moving around the tracks to see what is the best progression of the set. I am perfectionist so I am hardly ever pleased 😛 But I managed and I am really happy with the result.

The Nocturnal Times: What was your favorite experience during the process of creating “Follow Me”?

Nifra: Listening to the music that I received! When i got all of these tracks in I got extremely excited. I knew I have a quality material to work with, just like the Fisherman remix of Far, Arkham Knights, Anske, Markus Schulz collab with ATB, thats just a fraction of the great music that is featured on the mix. I definitely suggest to check it out 😉

The Nocturnal Times: You worked already with so many great artists. Which one had the most impact on you and which one would you love to work with?

Nifra: As I previously mentioned Markus Schulz has had the biggest impact and I also had the opportunity to work with him on our collab “The Creation” which was the theme for the mega event Transmission in Prague back in 2015. It would be definitely fun to work with more trance legends like Cosmic Gate, ATB, Armin but also love the music of the upcoming and rising talents in progressive trance.

The Nocturnal Times: What are your visions for the future? Where do you see yourself in 5 to 10 years?

Nifra: I will keep working hard and pushing the boundaries as woman in the male dominated industry. I wanna release an artist album in the near future and continue to grow. Its hard to say what will happen in the next 10 years, I hope I will be still performing which is definitely my plan.

Thank you for the interview.

Nifra as a special guest on ASOT episode 922: