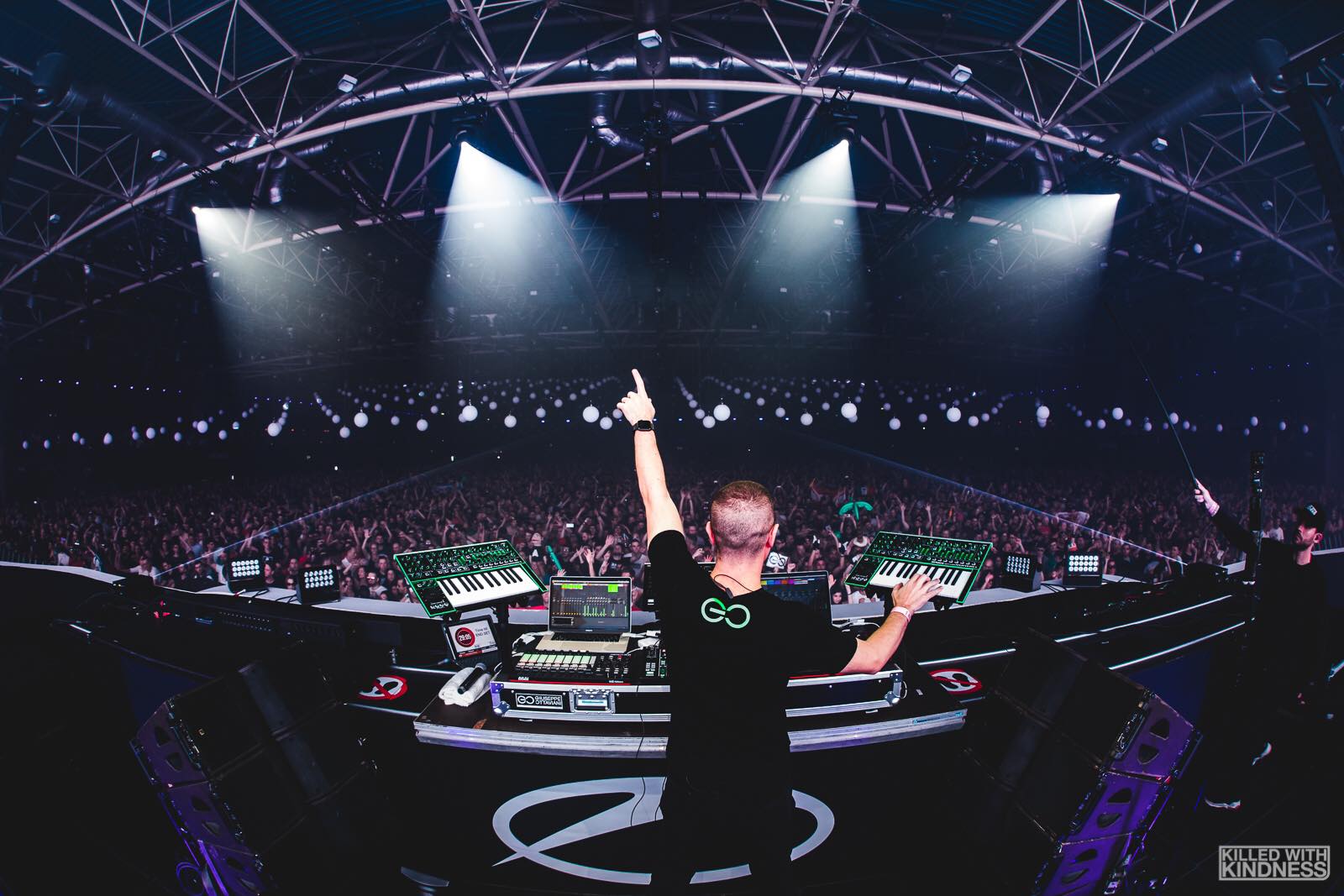 Giuseppe Ottaviani has already met major success after changing the game of electronic music’s live performance scene, and now he is kicking off 2020 by doing it again. After debuting his Live 3.0 show at ASOT 950 in Utrecht, Netherlands this past weekend, crowds are already waiting for their next dose of Giuseppe.

Previously using his Live 2.0, ‘studio-in-a-suitcase,’ in clubs all over, the Italian producer has demonstrated how to create music in real-time. The new music from his previous performances were ultimately released on his 2019 Evolver album, and he has returned to push the boundaries of Live technology once more by showing how a musician can have endless control of every sound.

“Trance starts and finishes with its music and our shared experience in hearing it. That’s what sets our sub-genre apart and makes it unique. The artist who can customize the floor experience to the audience to the greatest degree is the one who’ll reap the greatest crowd response. That thinking has been central to everything I’ve done for many years now and without doubt is the driving force behind the Live show experience. My goal is to make every element of the music played exclusive and unique to the set, the night and the moment. Live 2.0 was heavily geared towards that, but I think through 3.0, I’ll be within touching distance of that aim.” –Giuseppe Ottaviani

Giuseppe has advanced his technological project, keeping performance at its core. However, it has a complimenting visual aspect for the first time. In 2.0, people could not see him play the keyboard since it was desk level within the box. Now, with 3.0, the two keyboards and drum machines are raised higher, which ultimately brings a deeper connection between what the audience views and hears.

“Technically I will have one laptop running 6 stems per track, which will harness full control of the kick drum, bass, leads, pads, vocals and drums of every single track. The second laptop will hold all my keyboard sounds and additional loops & effects. In this way I can, for example, mute the original kick drum of the track and play a break-beat loop from the drum machine, or I can mute the lead and play a different melody on my keyboards, or even solo the vocals, applying something in their place…Sonically it’s gonna be the wild west!” -Giuseppe Ottaviani

Having mastered this complex set-up, Giuseppe plans to bring it to festivals and venues around the globe this year. He will showcase the tracks fans love while combining studio-box-fresh sounds with the unexpectedness of live performance. Live 3.0 will dominate the majority of 2020, bringing this talented musician to the forefront of advanced technological live performance.

“While its previous version was all about creating new music live on stage, Live 3.0 is about individualizing the performance of the music that the previous version helped birth. Performing a track generally means you can play it a number of different ways. With 3.0 though, that’s rendered near infinite. Adding or subtracting sounds depending on the setting, time of the night or read of the crowd – every track played can – and will – take on a new profile, effectively being tailor ‘remixed’ to that moment.”  -Giuseppe Ottaviani