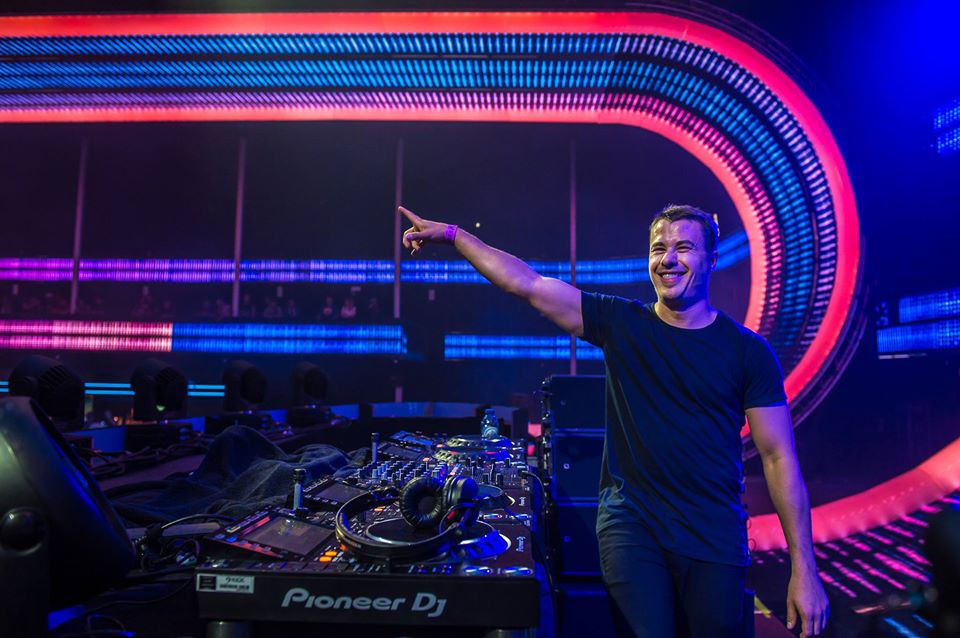 A name in electronic music that has become a beloved gem, a soulful presence, and an entrancing mind, the industry is delighted to hold Ben Gold close to its heart as just this person. The Trance sphere has been a wave of philharmonic sensations since Ben extended his creative depths to it.

Working backwards, this September saw the luminous release of Sound Advice: Chapter Two, rolling out a flavorsome catalogue of new numbers by Ben and a series of collaborators including Ruben de Ronde, Richard Durand, and HVNNAH just to name three. The follow up to Sound Advice: Chapter One, both editions are a rock solid manifestation of the sort of glowing music Ben lends to the world time and time again. The caliber of his sensory-overload studio productions are woven into one, cohesive discography of glowing heights that grace airwaves effortlessly. His intricate repertoire continues to strike a chord in crowds all over the world, including this past summer around Europe such as Untold Romania, Electronic Family Netherlands and EDMania Slovakia, plus leading clubs like Ministry Of Sound London and Hi Ibiza.

Ben is renowned for his mesmerising melodies and dancefloor friendly arrangements. He’s been called upon to remix tracks for famous artists including Armin van Buuren, Cosmic Gate, W&W, Gareth Emery, Andrew Rayel, Omnia and more, and his 2016 his track “I’m In A State Of Trance” was voted by an audience of millions on Armin van Buuren’s A State Of Trance radio show as the official anthem for the ASOT 750 landmark events, racking up over 3 million Spotify streams to date.

One to push the boundaries of his own sound potential, Ben’s newest project has unfolded as FUTURECODE, a new duo formed by Ben and fellow trance artist Omnia. With a series of singles signed to Armada Music, the duo made their live debut as FUTURECODE on the biggest trance stage in the annual clubbing calendar – the 17,000 main stage at ASOT 900 in Utrecht in February.

During Amsterdam Dance Event, we had the pleasure of sitting down to chat with Ben at none other than the ASOT studio at Armada Music headquarters. Hosting their annual A State Of Trance ADE event, it was a perfect setting to talk all things Sound Advice, new projects and more.

Nocturnal Times: Welcome to ASOT at Amsterdam Dance Event 2019! Tell us about your plans here for the week as well as playing in the studio here at Armada?

Ben Gold: Yesterday was a pretty busy day. I played the Statement night for Ruben de Ronde and it was actually at a bank…I’ve never DJ’d at a bank before so that was really cool and a really good vibe there. Then I also played Orjan Nilsen’s release party and I could play a bit more bangin’ and a bit more Ben Gold at Orjan. It was a bit more progressive at Statement and way more bangin’ at Orjan. Of course today it’s a little back to back with Allen Watts at the Armada club. We’ve written a couple records together and we have some new records coming in the future. He also just delivered a remix for me for one of my album tracks so we’re going to premiere that today for the first time in the club. It’s not finished which is always fun because it’s the best place to test music. Tomorrow I might go to Awakening, I might leave my trance hat here today and pick up my techno hat tomorrow and go to Awakenings. There’s Markus Schulz tomorrow too, there’s so much going on.

Nocturnal Times: Congratulations on your newest album Sound Advice: Chapter 2! What about the album would you like to share with fans that they may not know about it?

Ben Gold: Moments before this interview I actually bumped into the vocalist from “The City Sleeps Tonight.” I think we knew we had something special with that one. I had already had the other records in production and I think when we wrote “The City Sleeps Tonight” which was here at the studio in Armada with Roxanne Emery, myself, and Zoey who is the singer, I think we left and we knew we had something special. And I should just clear something up, I got a little bit of shit online of the “oh why didn’t you include the vocalist on the record, why wasn’t it Ben Gold and or Ben Gold featuring etc.” I wanted that, I wanted it because she deserves it. She co-wrote an amazing song with us, she performed an amazing record, and prior to this she had never had a record out. I wanted to give her a platform and it was a management decision from their part that they didn’t want to be included on the title. You just have to accept it, you know? If you want the record to happen you just have to accept it, so we decided that Ben Gold “The City Sleeps Tonight” is not a bad title, right? Like MaRLo and Feenixpawl did where they didn’t have the vocalist. Then there’s “Ghost,” my track with Ruben and Louise Rademakers, that was the last record we wrote. Actually, I extended my deadline of delivery of the album in order to finish that one. It was the last one we started and it’s one of my favorites. I mean they’re all my favorites haha, but that’s one of them. We have an amazing club mix coming out as well.

Nocturnal Times: Do you have a set of mixes that will be coming out?

Ben Gold: We’re going to do an Allen Watts remix coming of “Come Home” which we’re going to play tonight for the first time. It’s not even finished but he exported the latest version this morning so it’s super fresh…! We’re going to do a club mix of “Ghost,” and for “The City Sleeps Tonight” maybe something that’s not uplifting, maybe a little bit more progressive. “Take Me To Heaven” is probably going to be a single too. That kind of covers them all, they’re all singles but they’re also part of a story. We did the same with Sound Advice: Chapter One where we released every track as a single. I think we’ll do that because people want that and they ask for that.

Nocturnal Times: Now that Chapters One and Two are done, can you think of any tracks that might have come as surprise favorites by fans? Ones that you might not have expected?

Ben Gold: Back to Chapter One, “There Will Be Angels,” is one I considered a bit of a risky record, and the reason being is because it’s not a trademark, traditional, typical trance record; it’s an acoustic guitar and I was surprised with that one. I knew “Stay” was going to be a big record and I knew it wasn’t going to be the original. I knew it had so much potential as an uplifting record. Sneijder, hats off sir. You delivered an absolute, world-class masterpiece. I just got goosebumps just thinking about it…I almost fell off my chair when he sent it to me. In Chapter Two, statistically, Spotify Streams based, “Ghost” is performing very well. I previously said that it’s one of my favorites and it is one of my favorites, am I surprised? I’m surprised it’s received as well because listen, you really never know. When it leaves my studio I just hope that people like it. I know that by the time I finished it it’s perfect to me, and I just hope that other people love it.

Connor Caine Teams Up with Producer Koby for Dreamy Single, “NEED YOU BACK”