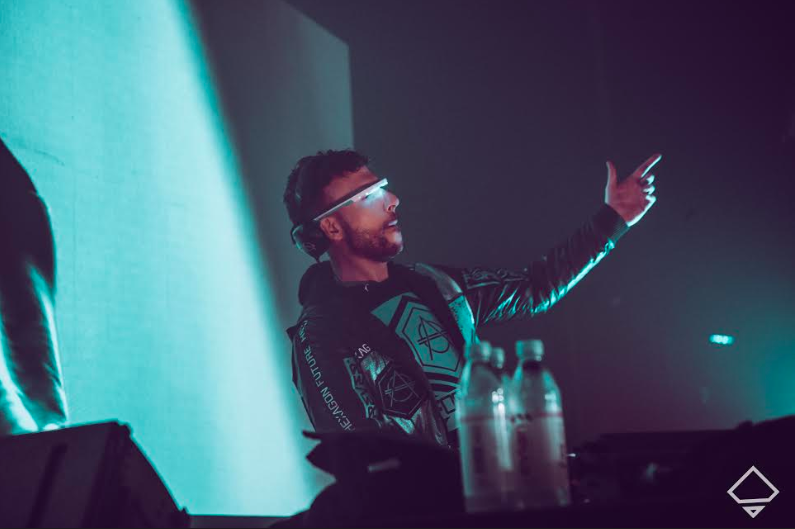 Or how to sell out two nights at the Bootshaus.

For most people, December is the most expensive and time consuming month of the year. That time of a year it kind of feels unreal for a DJ to throw two shows at Germany’s number one club, the infamous Bootshaus. With a Thursday and Friday locked and loaded, the Legend and founding father of the future house movement Don Diablo went in for the kill.

Upon arriving, Bootshaus veteran resident DJ the one and only Dave Replay was heating up the crowd. It is hard to miss Dave with his big massive red beard standing behind the turntables. Above all, as a veteran he knows how to warm up this exciting crowd. As a Bootshaus resident he has shared the stage with many big names already, not to speak of all the big festivals he has played the last few years.

His music selection is hands down a great one. He always seems to know what to play to make the masses move. However as many may know, being the warm up DJ is an intense job. You have to find the right track selection. There seems to be a silent understanding that you can not play all the major hits and so on. Dave being a veteran always seems to find a way to make it work.

Usually the guest DJ plays his set in the main DJ booth. On these special occasions, they have their own set up on a stage next to the booth (like KSHMR had, for example). Why is this done? One might think that this set up gives the crowd a better view and makes the visuals look better. On the other hand maybe it had something to do with the streaming service they had set up for this event. People could attend Don Diablo’s set from anywhere in the world.

Those that know Don, know that he has a love and passion for futuristic technology. His whole style, the hexagon army, his own clothing line, his love for Star Wars. Everything points towards the fact that Don actually might be a futuristic time traveler. For instance his set was also streamed in virtual reality. Following the example of Marshmello‘s Fortnite Live appearance, the Don himself was broadcasting his Thursday performance live from the Bootshaus through a virtual version of the venue. The VR broadcast was accessible to anyone worldwide.

Don Diablo entered the Bootshaus stage as a true superstar. Always dressed on point in clothes of his own clothing line. Instantly the masses went wild and eagerly awaited what tracks he would drop from his vast repertoire of music. With Don Diablo having released so much great music over the last few years, the track selection would have been a daytime job for him. In addition as the first tunes dropped, the club went wild.

Don knows his way around the turntables, the mic, and has some really cool visuals. His set was scheduled to end at 3 o’clock. The Don decided that he wouldn’t have any of that, henceforth he kept on playing. Something that was quite surprising, since he had already played a show the day before. Overall he played a very nice long set, with some good crowd interactions. It was a good set for the vast majority of people coming to see him play. Most people know what kind of music to expect at his sets. The king of future house was in the building and people knew that.

Firstly, Don played a very well mixed set. Pushing songs off his own Hexagon label and from his various (DJ) friends. Don in our opinion always tends to finds some unknown gems and puts them in his mixes – something you are to expect on such an amazing night. Secondly, having seen Don Diablo play on many occasions before, we can say this was a solid A performance. Really something you can expect from the currently number 6 DJ in the world (according to DJ Mag). One might wonder that when a DJ is so high on this list, is there is any room to do something crazy or unexpected? The higher you are on the list the more people expect you to fit into a certain profile. Is this where the mysterious Pineapple comes in?

In addition there was also a charity auction where one could win special tickets for this night. The German charity organization ‘Nandini’ teamed up with good guy Don Diablo and the Bootshaus for a charity auction. The winner of the auction would receive a meet and greet, 2 triple A backstage passes, free drinks, and a free hoodie from the special Bootshaus X Don Diablo collection (sponsored by “Snash”). The two winners which had paid 660 euro to acquire this fantastic package helped support the charity’s campaign ‘people from cologne helping people from cologne’. It is always fantastic to see people making the world a little bit better, together.