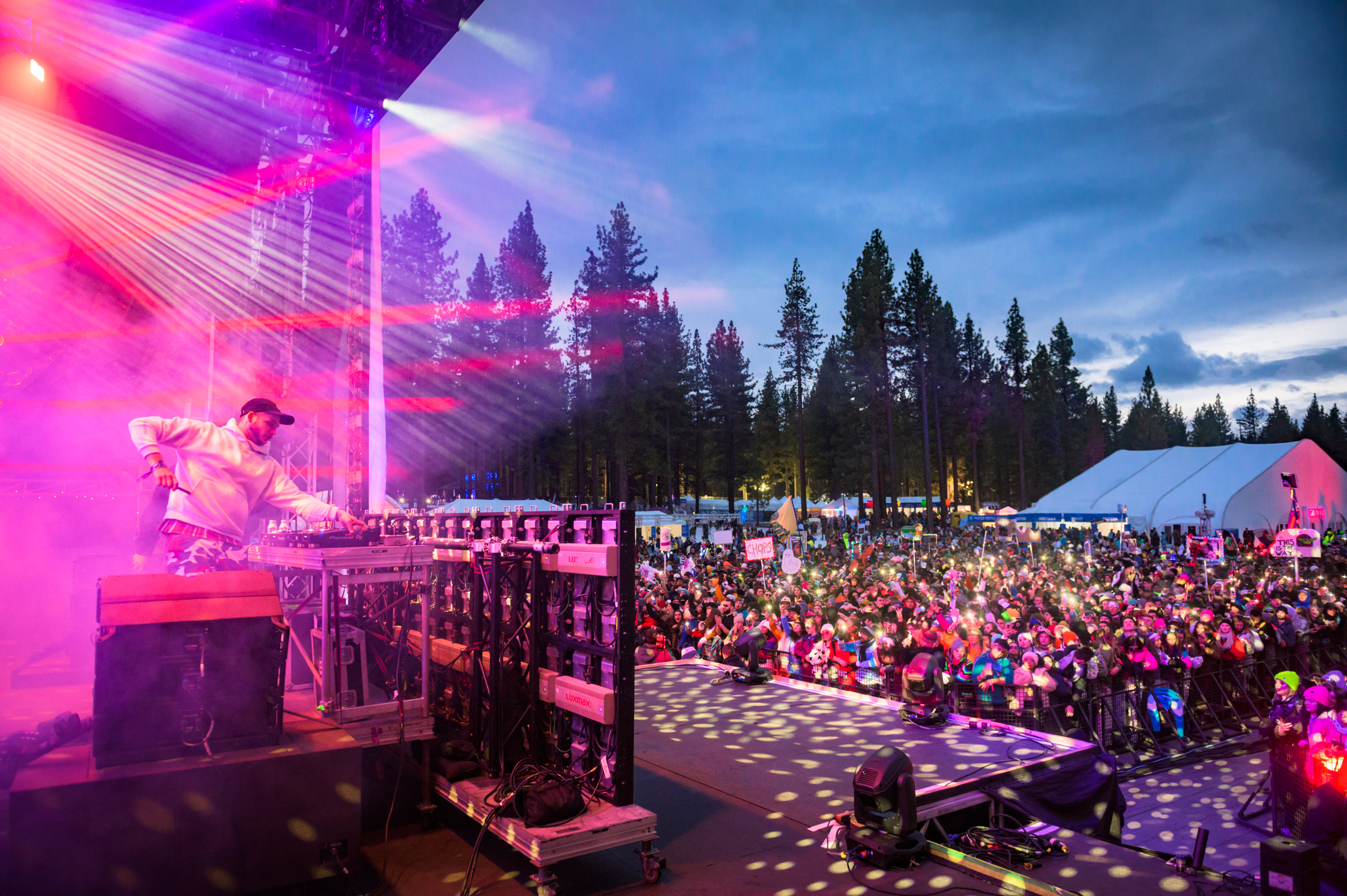 Following high-praised reviews and much anticipation, MTV’s 2019 SnowGlobe Music Festival properly welcomed the new decade, as attendees braced themselves for an unforgettable weekend in the winter wonderland of South Lake Tahoe.

While this year’s SnowGlobe held a buzz worthy artist lineup, there was an array of amenities, professional snow athletes, intricate art instillations, and a plethora of genres as well as performances, and we had the distinct pleasure of interviewing one of the lineup’s incredible female vocalists.

SnowGlobe catered three unique and mesmerizing stages, all of which possessed elegant visual design, balanced sound levels, and a snowy wonderland-like aesthetic. Igniting the Main Stage alongside professional snow athletes, the festival’s roster included popular acts such as GRiZ, Louis the Child, E-40, CloZee, Fisher, Kyle, Vince Staples, GIGANTIC NGHTMRE, Tchami B2B Malaa, and many more. The festival was determined to serve as the destination to celebrate the New Year’s weekend, with Zhu emerging as one of the festival’s secret-surprise artists, while established electronic heavyweight Skrillex brought in the new year.

Familiar artists such as Midnight Kids, Pax Impera, Elohim, MadeinTYO, Lil Tecca, Y2K and heaps more brought madness to SnowGlobe’s returning Sierra Stage, engulfed within Tahoe’s beautiful forest landscape. Conveniently located near a variety of food & beverage options, sponsored boutiques, and restroom pitstops, the stage was the perfect getaway for festival attendee’s to escape the madness and bust down, as the aesthetic of the stage was beautifully lit up by LED blocks, accompanied by various lighting fixtures that illuminated the natural surrounding environment.

Within SnowGlobe’s enclosed tented Igloo stage, artists like SG Lewis, SNBRN, PLS & TY, Doja Cat, and Kah Lo melted the ice with their spectacular live performances. The stage was lit up by the beaming rays of disco balls, while warmth was generated from everyone showing off their dance moves. The Nocturnal Times had the chance to interview Grammy nominated vocalist and lyricist, Kah-Lo, minutes before her performance, digging deeper into her thought process as a predominant female vocalist in the electronic space.

Kah-Lo can easily be recognized by some of her featured hit singles, “Rinse & Repeat”, “Awa Ni”, “Ginger”, “Fake ID”, “Back to You”, and many more. Originally from Nigeria and residing in Upstate New York, Kah-Lo is a singtalker-vocalist with the equivalent potential to the some of the hottest artists in music space like Doja Cat and Nicki Mina. Even collabing with the likes of Selena Gomez, Kah-Lo’s voice and music is extremely catchy, memorable, and playful, as a multitude of her tracks possess an energetic dance rhythm and have accumulated millions of streams worldwide.

The Nocturnal Times: First off, gotta say that we love your look! What is the inspiration behind your aesthetic?

Kah-Lo: I wanted to be easily recognized and to be iconic! So I was just thinking of a vibe, look, and hair color I could rock that another existing artist didn’t already have ya know?

The Nocturnal Times: How does it feel to be here at SnowGlobe? I’m sure it’s a bit different from what you’re used to.

Kah-Lo: It’s honestly fantastic and beautiful. I’ve never stayed in a cabin or done any of this kind of stuff before. Like being in the same vicinity of a bear, freaks me out but is honestly the coolest thing. I’ve seen snow before, but it’s definitely different than Africa or Upstate New York haha.

The Nocturnal Times: I love that you’re such an inspiring and uprising female artist in the music industry. What sort of advice do you have for aspiring females who are also trying to make a name and image for themselves in the industry?

Kah-Lo: Go crazy, there’s no stupid ideas and theres no such thing as a crazy idea.

The Nocturnal Times: Where did your name Kah-Lo come from and what was the inspiration?

Kah-Lo: Well my real name is actually Faridah, so growing up people would always call me Fridah Kahlo! I just rolled with it but put in the hyphen in so I wouldn’t clash with the Fridah Kahlo camp~

The Nocturnal Times: What are some resolutions for 2020? Any projects, upcoming performances, and plans?

Kah-Lo: To be honest, I haven’t written everything down yet, however I do have some solo singles coming up, while I’m still trying to lock down the release dates. I’m really excited to release more of my solo singles, but don’t worry I’m still going to be collabing!