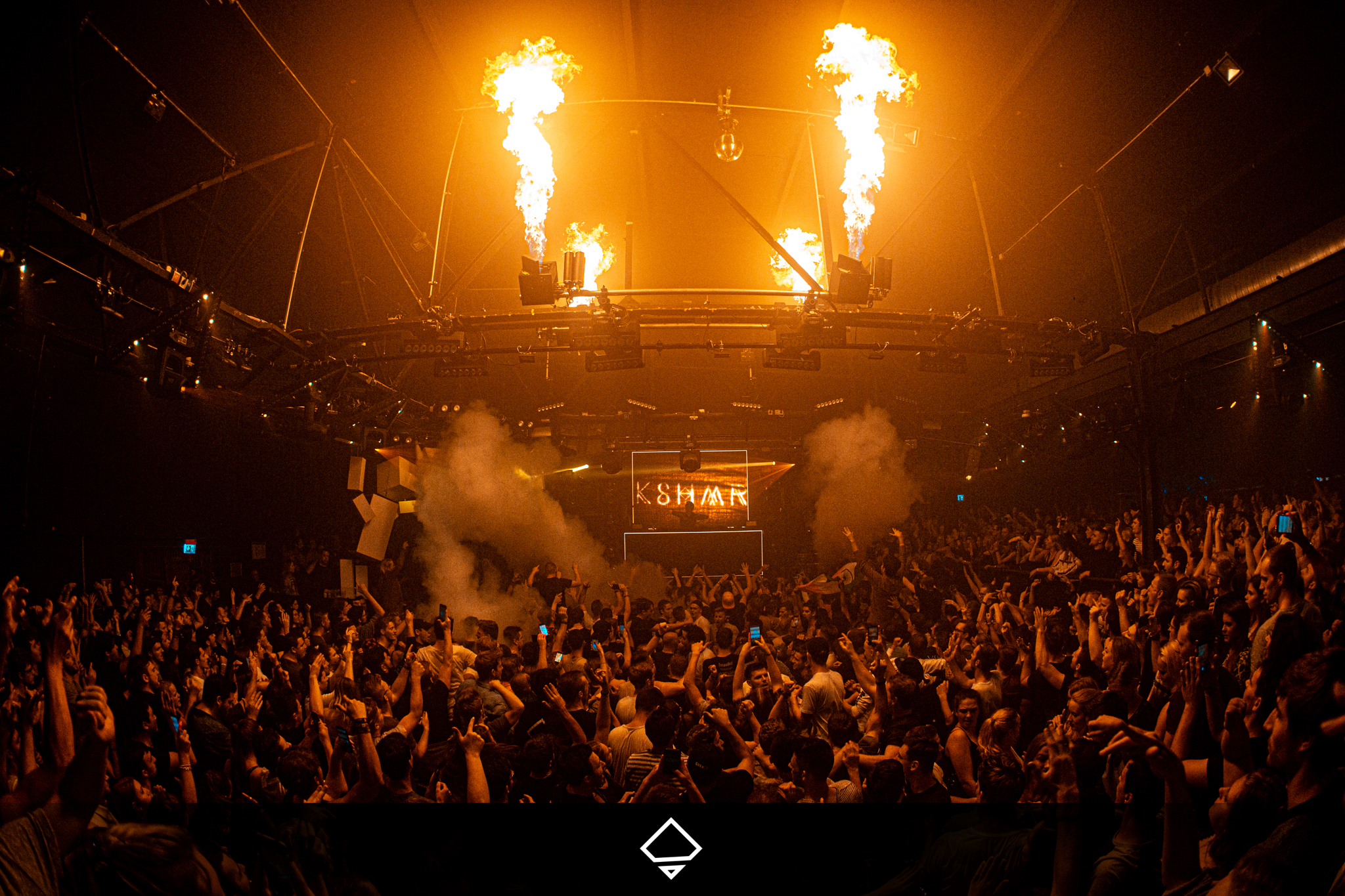 KSHMR and Sophie Francis were recently two Bootshaus ‘virgins’ who owned the night as if they had played the venue a hundred times before. We have seen KSHMR numerous times on different festivals, as well as notably set sights on his Parookaville performance this year where he played with a live orchestra. The latter, Sophie Francis, curiously enough we hadn’t seen before. We knew her name and knew her story, and nevertheless the crowd was roaring to see her live.

The club was packed with energy as Sophie took center stage and rocked the night away. When she wasn’t mixing her next track she could be seen standing on the decks and rocking the mic. Where DJs tend to play their set standing behind the turntables, Sophie took her gig to a new level.

You could tell the crowd was loving it, every sit down, every sing a long, they were ecstatic to follow Sophie’s directions. As the crowd was feeding on her high energy you could tell she was reciprocating the same. Her first time at the Bootshaus and being welcomed with such open arms. We can only imagine how that feels. Her set itself was very fast paced and she flawlessly switched between genres and styles during her set. Sophie mixed in tracks like “How Deep Is Your Love,” “Cannonball,” “We Will Rock You” and “Booyah” just to name a few powerful party moments.

Antics were taken 10x higher as KSHMR arrived, who had his own stage with huge visual screens behind and in front of it. Telling a story through his set, the performance took place in 4 acts, each with an intro (in German, chapeau to that). The crowed loved it. It makes you instantly feel special when someone addresses you in your native language. You could tell that this was an artist who wanted everything to be perfect.

With numerous singles and albums under his belt, KSHMR came and delivered by playing hit after hit, the crowd singing along when they had the opportunity. You could tell that he was happy to be here, expressing his thanks various times. The huge smile on his face could be seen from across the room. Where many of his co-workers including Tiësto , Carnage, Timmy Trumpet, Tigerlily and Headhunterz had already played Bootshaus, KSHMR can now finally add it to his repertoire as well.

It was another 10/10 showcase at Bootshaus, both Sophie Francis and KSHMR entertained beyond expectations. Each had their special moments and both orchestrated an unforgettable show for fans to cherish for many years to come.