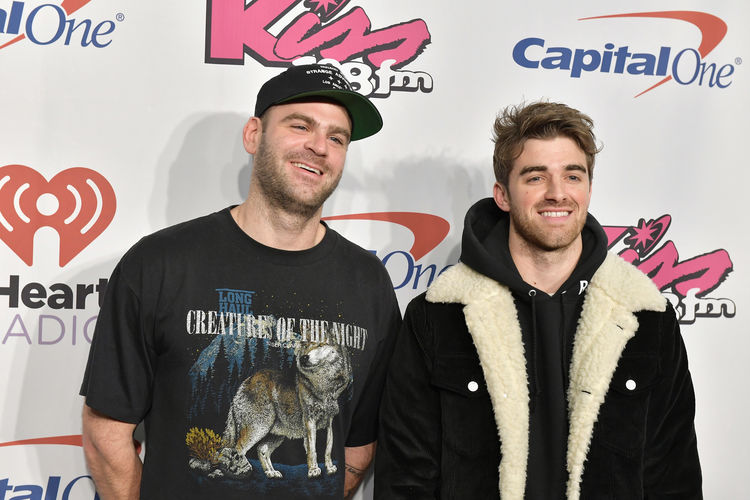 Undoubtedly one of the most recognized names of electronic dance music, The Chainsmokers have set the scene ablaze, taking the party to dominate Boston this past Tuesday night at the city’s newest luxury club, The Grand.

A guilty pleasure for more than those who will admit, The Chainsmokers hold a special place in infinite hearts around the world. Especially for those in the Northeast region of the States, as Drew Taggart grew up in Maine and Alex Pall in New York, there’s something about getting together near home that makes these nights all the more exceptional. It’s safe to say New England was beyond stoked to have the guys back in town to celebrate the most wonderful time of the year in proper Holiday fashion. The celebratory afterparty followed their smash performance at Kiss 108’s annual Jingle Ball concert, where the guys performed at Boston’s famed TD Garden beside Shawn Mendes, Camila Cabello, G-Eazy, Khalid, Meghan Trainor, Bazzi, and Monsta X.

The Grand resident JesseJess held down the open, packing the heat with popular fire like Tiesto’s “BOOM” and “Jackie Chan,” Cheat Codes’ “No Promises,” Martin Garrix’s “Scared To Be Lonely,” Marshmello’s “Silence,” Krewella’s “Alive” and dozens of other bangers. Turns out this was just the right energy to prop up the crowd for the mania to follow.

The guys kicked off their set with the dark intensity of “Sick Boy,” spinning the crowd down a path of signature Smokers songs including “All We Know,” “Split,” “Something Just Like This,” “Paris,” “Everybody Hates Me,” and their more recent anthemic tunes “This Feeling,” “Siren,” and “Beach House.” There is truly nothing like seeing Drew strut up and down the DJ booth at perhaps the most interactive and personal show The Grand has seen yet, singing his lungs out and wearing his heart on his sleeve for the audience to melt at. With Alex behind the decks throwing down literally everything from snippets of hard rolling trance beats, to several drum and bass renditions, to heavy-hitting drops, to nostalgic throwbacks and much more, the two compliment each other effortlessly to deliver outrageous parties time and time again.

Getting crazed fans in quite the Christmas tizzy, one of the most memorable moments of the night was when Alex and Drew mixed Mariah Carey’s iconic “All I Want For Christmas Is You” with a screeching drop, immediately causing jaws to drop across the entire dancefloor. With strobes and flashing lights striking alongside featured songs of their set like Cascada’s “Everytime We Touch,” Ookay’s “Thief,” Justin Bieber’s “Baby,” Haddaway’s “What Is Love,” Lou Bega’s “Mambo No. 5,” Drake and Travis Scott’s “Like A Light,” and a whole slew more, The Chainsmokers proved yet again that no matter what genre they pull music from, fans just can’t get enough.

It’s no secret that the red-hot duo has taken the world by storm, invading not only the electronic scene but dabbling in the entertainment industry as a whole. Their 2017 GRAMMY win and recent performance at 2018’s Victoria’s Secret Fashion Show have further cemented their place as a versatile worldwide presence. For fans who have been with The Chainsmokers since the beginning, there’s a major aspect of respect for their journey through music; most recently Drew developing his singing and both of them releasing songs that showcase more of a melodious Chainsmokers persona. Telling entirely relatable stories through their heartfelt lyrics, it’s been incredible to see them still incorporate their bangin’ original style with new rhythmic songs. Needless to say, the A-List pair goes above and beyond in every one of their club shows to mesh with the audience and dish out 10/10 parties that are simply irresistible.