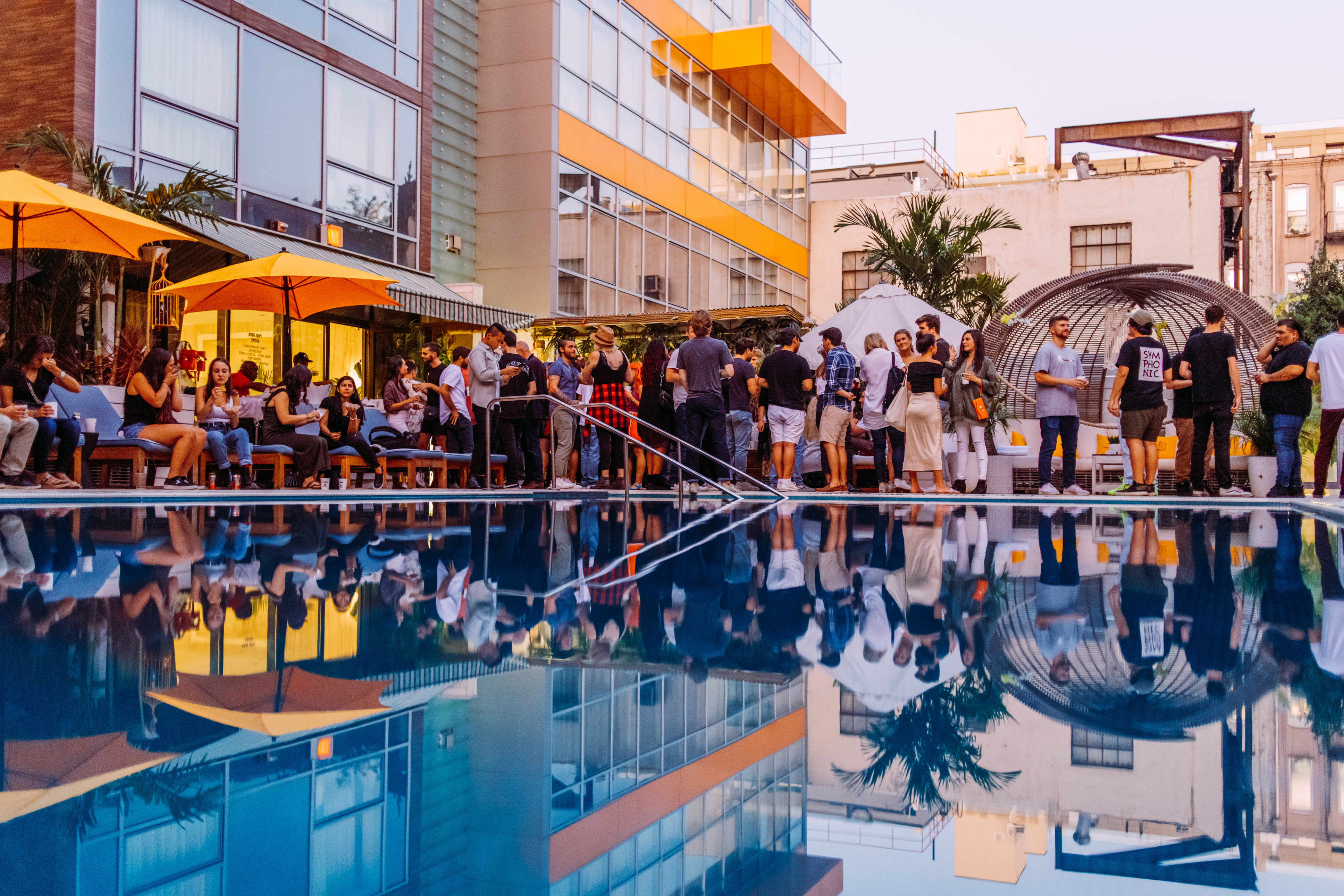 Big Beat Records took center stage of the whirlwind of Electric Zoo festivities last week, as they swept through The McCarren Hotel in Brooklyn for a night of groovy music, industry buzz, and proper festival spirit.

The esteemed music label had several special sets in store as guests gathered together over the course of the night. Celebrating with a series of performances by a few of Big Beat’s staple roster artists, the crowd received a full dose of illustrious tunes from beginning to end.  Vasco, KREAM, and Whipped Cream showed up to throw down for the intimate audience, each sharing a sweet taste of the sort of talent Big Beat is proud to boast as part of their expansive palette.

There’s an undeniable lure to the dancefloor as soon as KREAM steps behind the booth to rock the night away, and Big Beat was one of those nights. The duo made sure to bring their catalogue of treasured records to the Pre-EZOO kickoff, and between this and their main stage set on Saturday, they mixed in original hits like “Go Somewhere,” “Deep End,” “Decisions,” and “Ain’t Thinkin’ Bout You” (just to name a few) alongside deep beats and breezy rhythms that created an all around feel-good ambiance for attendees.

DJ/Producer Vasco brought his magnetic presence to Big Beat, showcasing his vibrant musical colors once again. Known for crafting intelligent and endearing electronic compositions, his songs like “Diamond Rings” and “N’ Now I Feel Like” give the sort of atmospheric impression Vasco puts forth in his productions and into the electronic sphere. Adding his skillful magic to a variety of well-recognized artists like Soleima, MØ, Terror Jr, and Baauer, Vasco’s slam dunk addition to Big Beat is yet another impressive mark for his repertoire.

Caroline Cecil AKA Whipped Cream was one to look out for all weekend long, starting with her Big Beat appearance and all the way through her set at EZOO’s Hilltop Arena. Caroline’s natural ability to lace endless energy and raw talent both into the studio and onto the stage make her a standout act to get more and more wrapped into. Caroline has also already played over 100 shows including main stage festival performances at Ultra, HARD Summer, and Shambhala, and is now is now ready to take on a whole new crowd at Bonnaroo 2019.

Reminiscent of arguably the industry’s favorite week of the year; Miami Music Week, vibes were set to a dreamy tone at The McCarren as 360 degrees of palm trees, warm summer weather, colorful decor, signature cocktails and dancing dubbed Big Beat’s pool party the place to be to jumpstart Electric Zoo 2019.