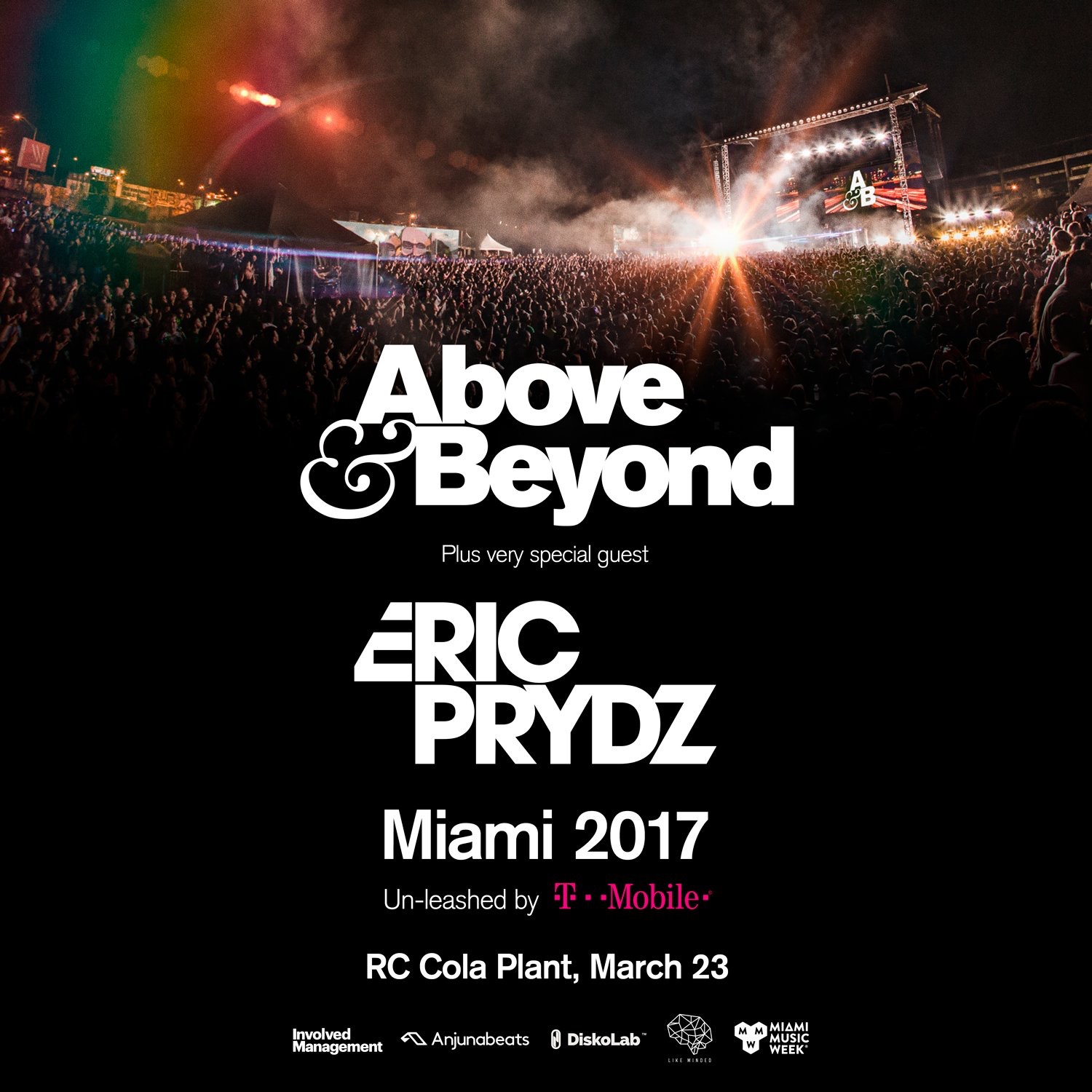 If you haven’t started to get excited for this year’s Miami Music Week, here are two huge reasons you should. Just announced for Thursday, March 23rd, legendary trance trio Above & Beyond will return to Wynwood’s RC Cola Plant after last year’s therapeutic performance. Renowned progressive producer, Eric Prydz will join in on the epic event as an extra special guest.

On the eve of Ultra, Above & Beyond have made themselves a staple during MMW with their own headline events but unlike the past few years, the guys will be back at the festival as well. Last year during the annual Miami Music Week, the RC Cola plant hosted a massive group therapy show where Above & Beyond and other label artists showcased music fresh out of the Anjuna kitchen. This time around, trance fans will be treated to a an A&B set along with a guest who needs no introduction in his own right. Fresh off the release of their latest installment in their compilation series, Anjunabeats Vol. 13, as well as the announcement of an upcoming 2017 Anjunabeats Tour, A&B put forth the news of their own massive Miami standalone event.

Eric Prydz and his musical stylings have proven very popular, especially during Miami Music Week. Whether headlining nightclubs like space, destroying the Backlots with Cirez D or taking his talents to the ASOT Megastructure at Ultra, Prydz has become a Miami staple over the last few years. On the verge of EPIC 5.0 and the announcement of his huge limited spring tour kick off, Prydz is off to a massive 2017. Having already released a track this year, “Lillo,” Prydz dedicated the production to his fan, James Lillo, who passed away from cancer. Meshing the progressive sound of Eric Prydz with that of Above & Beyond at a stand alone event has been something fans have only dreamed of until now.

This night will be the talk of Miami for years to come. Tickets go on sale Wednesday February 1st and they will sell fast, trust us! We hope to see you all at the RC Cola Plant for this historic night of dance music. Get your tickets here.

For more on Above & Beyond, visit aboveandbeyond.nu. Keep up with Eric Prydz by visiting ericprydz.com.