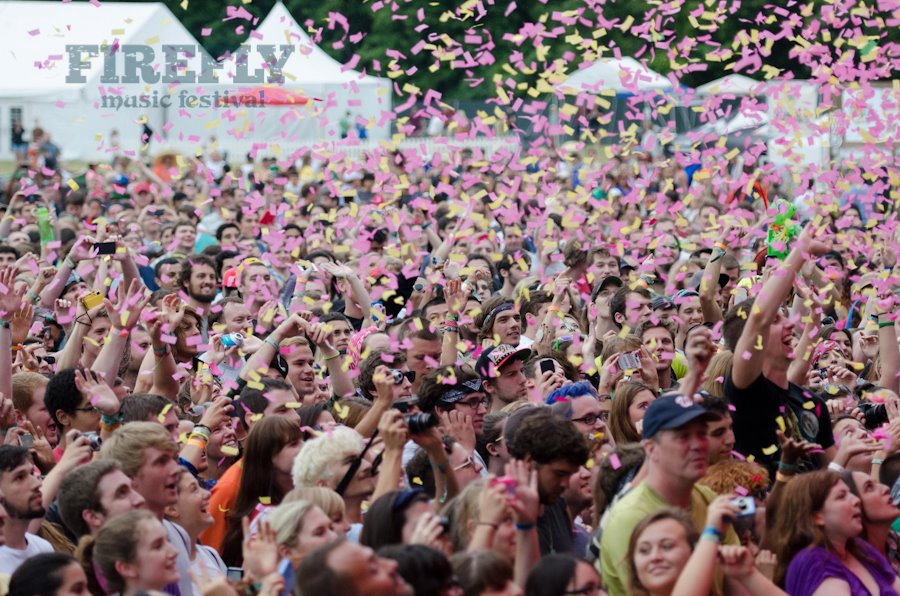 Firefly Music Festival 2017 in Delaware has released yet another massive lineup for the upcoming summer festival this June. Announced earlier today, a number of huge artists are set to take the stage at The Woodlands of Dover

International Speedway in Dover, Delaware. June 15 – 18th will be a weekend filled with an eclectic collection of artists covering every genre you can think of. To name a few big ones in store, we have The Weeknd, Muse, Twenty One Pilots, Chance the Rapper, and Bob Dylan headlining the woodsy festival. Other favorites scheduled to make an appearance include Flume, Weezer, Thirty Seconds to Mars, Dillon Francis, Miike Snow, Galantis, Banks, Busta Rhymes, Benny Benassi, T-Pain, Matoma, Cashmere Car and many more.

This festival is more than just a music festival. It also brings several staple attractions such as Delaware’s native beer, Dogfish Head Brewery; The Thicket, an exclusive silent DJ party amongst the trees of The Woodlands as well as a number of shops and stores to stroll through throughout the day. The massive festival grounds also designated an area for The Nook, previously known as Hammock Hangout, to allow festival goers to sneak away and relax in hammocks between the trees and away from the bustling music and crowds. Adding a new secret attraction to the festival this year, Firefly is allowing fans to contribute ideas, polls and votes to incorporate and improve the festival. After Firefly 2016, we can’t wait to see what’s in store for this year’s edition.

Coming back to the raceway for a 6th year in a row Firefly Music Festival will be the perfect start to the summer. In addition to the kick ass lineup this year, tickets are now on sale since January 27, 2017 at 1pm. With several camping options, GA, and VIP access passes start at $289, get your tickets before it’s too late. Firefly will be here before we know it!