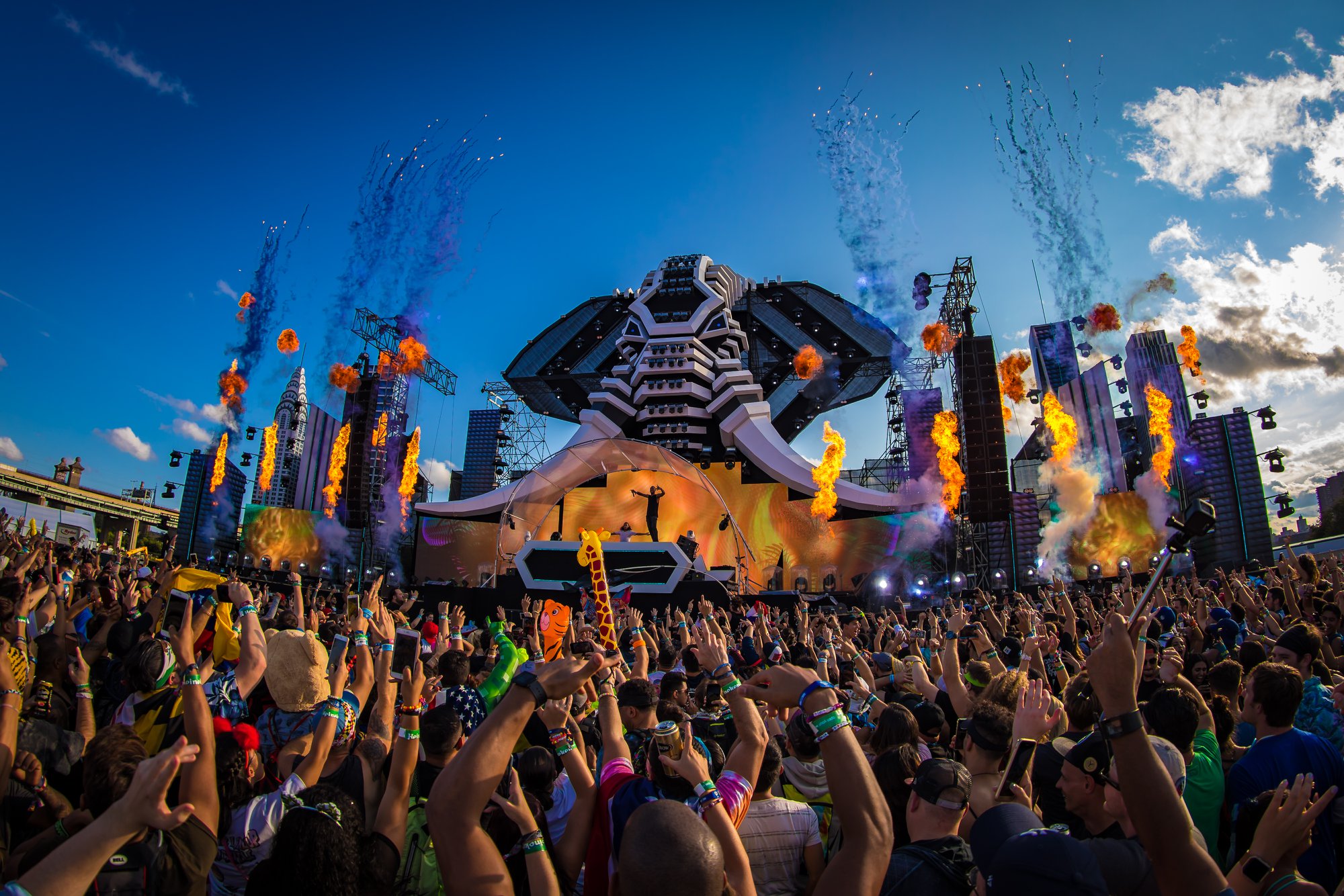 With Electric Zoo bringing its massive 10-year anniversary to the city that never sleeps, we can’t contain our excitement on what to expect throughout the festival’s three day venture. Electric Zoo is known for its stacked and diversified lineups year after year and inevitably, they completely outdid it this year to celebrate the big ten.

This Labor Day Weekend,  some of the most prodigious names in techno, house, trance, bass, and dubstep will be taking over Randall’s Island for three consecutive days and are sure to immerse attendees in an unforgettable weekend full of eclectic beats, dancing, sun, and radiating summer vibes. Although each and every artist on this year’s lineup is remarkable in their own way, we’ve curated a list of the top 10 acts you won’t want to miss at this year’s Electric Zoo: The Big Ten.

The fact that Virtual Self is Porter Robinson’s alias says it all. With a vision like no other, Virtual Self is killing the game in the electronic music world right now. Having recently played at grand festivals including Ultra Miami, EDC Las Vegas, Tomorrowland, and his massive Red Rock’s show,  New York City is ready to hear Virtual Self’s enigmatic sound in a festival setting. His neo-techno sounds (as he describes his unique genre) are sure to leave attendees absolutely speechless on Friday night.

Kaskade headlining an event is always something to look forward to. Recognized as one of the most significant electronic producers to date, his style varies from progressive and electro house to his redux deep house-infused mixed sounds. His sets are always beautifully uplifting and vibrant, no mater where in the globe he plays live. As the festival’s Saturday night headlining artist, Kaskade is set to disarm us all as we dance together under the NYC moonlight!

Taking over the Anjunabeats stage on Sunday, the breathtaking sounds from Gabriel & Dresden will definitely add a special touch to the stage’s fully equipped trance lineup. Having just recently signed to the Anjunabeats label, their most recent album ‘The Only Road‘ gained extreme international recognition and has moved and inspired listeners in the best way possible. If you’ve never experienced a Gabriel & Dresden live set, it’s definitely one you won’t want to skip out on. Once you hear their beautiful sounds live for yourself, you’ll understand why.

Dirtybird signee Shiba San will be embarking us on a purely tech-house journey on Saturday and is destined to blow our minds throughout the entirety of his set. His infectious sounds are ground for an inevitable good time, and his eclectic beats are prone to ignite his massive crowds and fan base. Like all Dirtybird prodigies, Shiba San has greatly impacted the electronic music community in the most remarkable way. Catch him at the All My Friends curated event stage throwing down some fire beats, we promise you won’t regret it.

As one of the leading female electronic producers in the game right now, REZZ has created both a sound and a name for herself unlike any other artist. Her ‘Mass Manipulation’ album was one of the most trending topics in the EDM community, and her most recent work ‘Certain Kind of Magic’ is exploding similarly. Her uniquely out-of-this-world style has drawn electronic music aficionados to her shows, and keeps killing the game at all of the great festivals she’s had the privilege to play at. With her first EZoo appearance last year, we’re sure she’ll top her previous performance at this year’s celebration.

Known for always rocking the party, JAUZ always leaves fans mesmerized with his banging live sets as he will most certainly do at this year’s Electric Zoo. From his extremely engaging music to the highly-recognized artists he constantly brings up on stage and collaborates with during his live sets, it is clear that JAUZ is a dominant force in the dance music scene. His fans seem to vibe effortlessly to his gassed up sounds, and his crowds are always hardcore raging to his energetic beats throughout the entirety of his sets. We’re pumped to see what JAUZ has up his sleeve for this EZoo performance, as you should be too!

Electronic music legend Alesso never disappoints with his moving top-of-the-chart tracks and inspiring lyrics. Known for typically headlining vast festivals, it is monumental that he is one of the top headliners for Electric Zoo’s grand 10th year anniversary. Although his overall live performance sound has slightly developed over the years, he always seems to capture his fans’ hearts throughout every set. His recent Tomorrowland weekend two set at the Freedom Stage successfully attained the most positive international recognition, as attendees and online viewers alike were completely captivated with his genuine performance. Alesso, we expect nothing but the same at this year’s Electric Zoo!

Another top-notch female electronic artist known particularly for her twerking bass and trap sounds will be sure to wow her fans when she hits the Deadbeats stage on Saturday. GG MAGREE isn’t only your standard superb vocalist, but a talented producer who can spin some pretty epic bass sets as well. Aside from her spectacular solo produced tracks, she’s been featured in JAUZ’s song ‘Ghost’ and tears us all up with her vocals on Zeds Dead and NGHTMARE’s ‘Frontlines’. Anyone who can produce and sing is a winner in our book, and we can’t wait to see what GG has in store for her upcoming Ezoo set.

Who is k?d ? He’s one of the most influential rising artists in the electronic music world today. His original future-bass meets electro genre has captured EDM lovers all around, and he has even been labeled as “a mini Porter Robinson”. K?d himself doesn’t even know how to describe or label his unique sound, which is why we love him and his live sets. He’s gradually been playing at more massive festivals like EDC, HARD Summer Fest, and Lollapalooza, and now will hold his sophomore performance at Electric Zoo. With a bunch of fresh tracks and remixes having just been released, we’re certain his upcoming set will leave us incredibly impressed.

The dynamic Deadbeats duo Zeds Dead is always a guaranteed electrifying live set to be a part of. Their diversified portfolio of sound styles ranges from drum & bass and glitchy dubstep to deep and electro house. Not only is the duo hosting their own Deadbeats stage on day two of the festival, they are headlining it as well alongside some other pretty significant names in the game. At every Zeds Dead set, it’s hard to miss the striking and fiery energy that takes over the entire ambiance. The duo never disappoints with their hypnotic beats and back to back banger after banger. If you stumble across the Deadbeats stage as they are on, we promise you won’t want to leave.

Get ready for Electric Zoo: The Big Ten, in just t-minus three weeks!