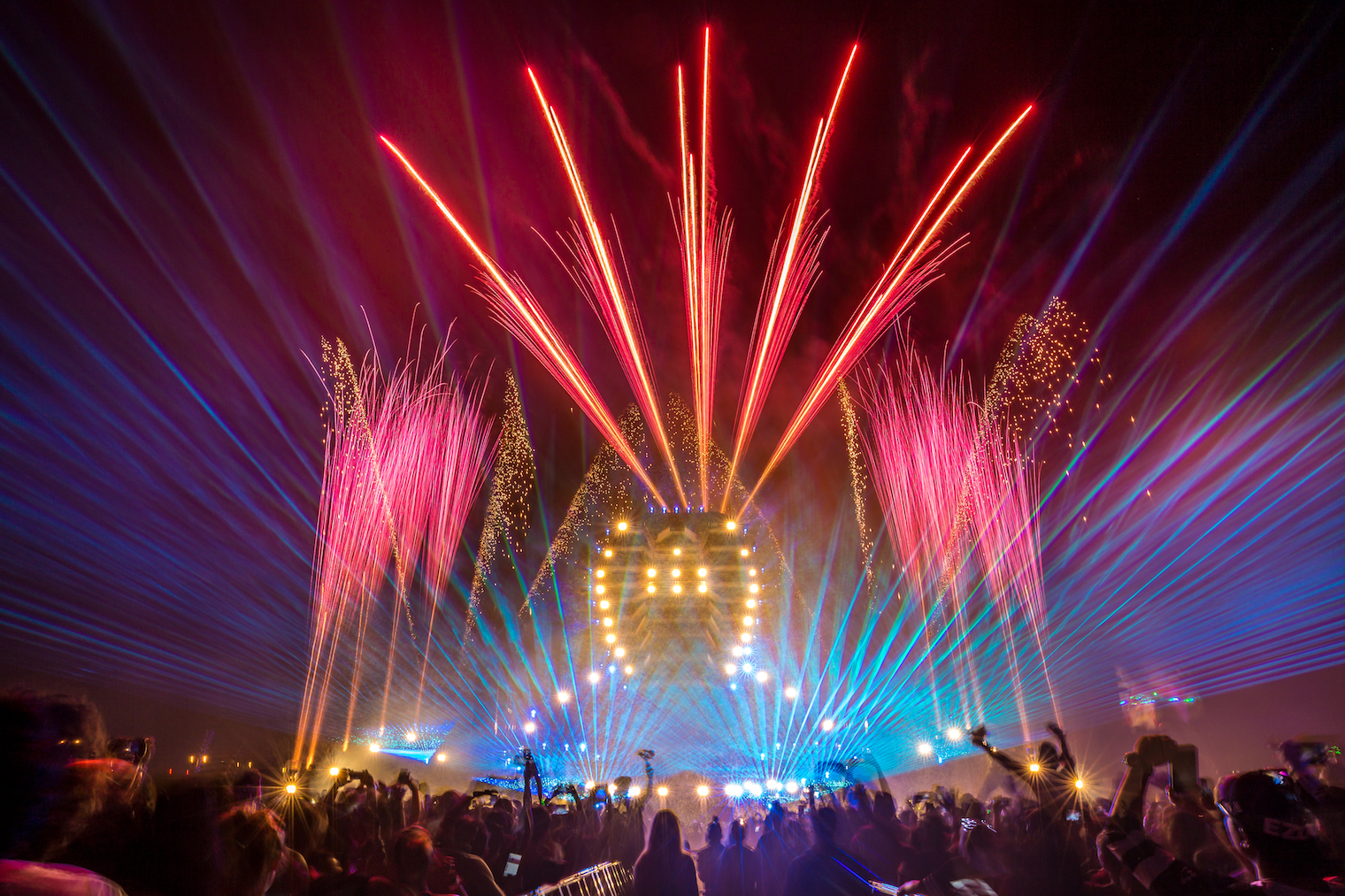 The transformation continued this year as Electric Zoo made its way back to its home on Randall’s Island. This year’s Wild Island installment kicked off on Fri., Sept. 2nd and ran through Sun., Sept. 4th.

Electric Zoo is New York’s original electronic music festival, which first made its debut on Randall’s Island in 2009. Now, Electric Zoo, a Made Event and ID&T creative collaboration, has secured itself among the most elite festivals in North America. By the time the doors opened on Sunday, the festival announced it was sold out.

Despite the weather forecasts originally predicting Hurricane Hermine would hit the Tri-State area on late Saturday and all day Sunday, Zoo-goers basked in beautiful weather and blue skies all weekend long.

The Hilltop Arena had better ventilation than last year with openings on all sides. Slightly smaller than in years past, the newly designed stage this year was coined as the Crystal Cave.

This year’s Electric Zoo saw the return of the Treehouse, which is located in the top corner of the festival grounds. New York City local talent along the water and next to The Hideaway.

The guys had all hands in the air with familiar tunes from Kanye West “Love Lockdown,” their remix of Mikky Ekko’s “Kids,” a cover of MGMT’s dance classic, “Dominator,” Alice Deejay’s “Better Off Alone,” and “Sweet Dreams.”

Following a performance at the MTV Video Music Awards at MSG last week and a Billboard Hot 100 #1 with “Closer,” Alex and Drew returned to their hometown for their very first EZoo.

Temple of the Cobra
In keeping with the recent transformation, Electric Zoo continued the progression of their main stage with another artistic and unique concept. The Temple of the Cobra main stage depicted a king cobra, standing tall. Entrancing and captivating, the new main stage design this year was comprised of LED screens, protruding lights, and pyrotechnics. After last year’s phoenix stage, and this year’s cobra, we can’t help but wonder what Electric Zoo has up their sleeve for 2017.

Weekend Full of Surprises
At Electric Zoo, surprises never fail. Many DJs take the opportunity to premiere new music. With some of the weekend’s set broadcasted live on SiriusXM’s Electric Area, EZoo is one of the last events of festival season. During Tiësto’s main stage set on Saturday, he brought out singer/songwriter Vassy for a surprise performance. And in addition to Steve Aoki’s regularly scheduled DJ set at the Dim Mak 20th Anniversary stage, he also surprised fans with an impromptu DJ set at Riverside.