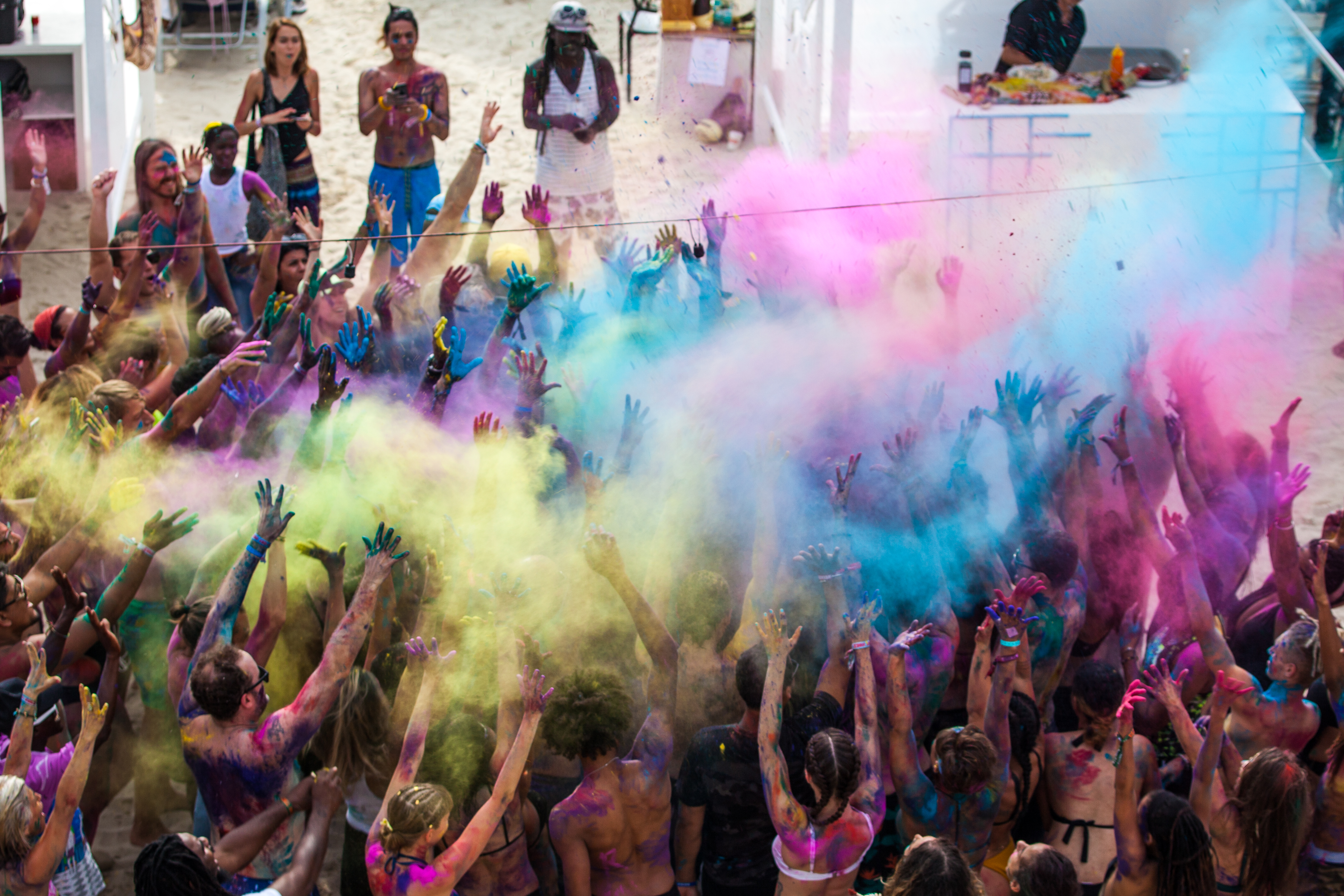 From April 30-May 5, voyagers from around the globe gathered along the famed Seven Mile Beach in Negril, Jamaica to take part in the third annual edition of Tmrw.Tday Culture Fest. Billed as Part Retreat, Part Music Festival, and 100% Life Experience, the event gave guests the chance to take part in reggae and house music concerts along the beach, cannabis and wellness programming, sacred plant medicine ceremonies, inspirational talks, and much more during one magical and transformational week.

The festival was once again centered around the Irie Soul Retreat, which was expertly curated by the spiritual leader of the tribe and founder Stacy Irie Soul and featured powerful daily programming that fused yoga, meditation, ecstatic dance, sound healing, inspiring speakers and transformational workshops with the help of Acro Buddhas, Carmelinda Dimanno, Darren Austin Hall and more.

One of the many standouts from the festival was the Future Self Discovery four-day workshop from German engineer turned esteemed meditation teacher Peter Oppermann. This was heralded by many as the most powerful experience of the retreat and gave guests the chance to take part in intimate sessions with the respected teacher who leads workshops, classes, and coaches personal clients internationally.

Highlights on the music front included a live headlining concert from the Grammy-nominated songwriter Protoje as he performed a number of hits from Ancient Future and Ancient Future (grammy nominated for album of the year). In support Protoje’s band The Indiggnation and opening performances from Naomi Cowan and Max Glazer. Surprise special guests included Jesse Royal, Lila Ike & Sevana who electrified the crowd gathered at Woodstock Beach.

Attendees also got the chance to witness two performances from electronic act Dubfire. The first came at The Caves as the master of dark house and techno music switched things up for a Live Dub/Reggae Set. Following the Protoje concert, Dubfire then got back to his bread and butter and performed a more deep and progressive house focused set at Somewhere Westin the early hours of the morning.

Other highlights on the cannabis front included The Garden of Mary program expanding to all six days of the festival. This included sacred plant medicine ceremonies, practitioners providing CBD infused massages, ganja farm tours, farm to table dinners and expert panel discussions with the likes of Marcus “Bubbleman” Richardson and leading cannabis doctors and educators.

If all of that wasn’t enough, Tmrw.Tday also gave guests the chance to witness a sunset performance from Sabo at the Love Cow Beach Party, sets from Audiofly and Lauren Laneduring Summerdaze Showcase, opening and closing fire ceremonies on the first and last day, and much more.

Tmrw.Tday is truly a unique festival to the global landscape. It’s intimacy and direct connection to all in attendance makes this a must-attend event for the fourth edition April 28 – May 3, 2020. Tickets will be available right here.