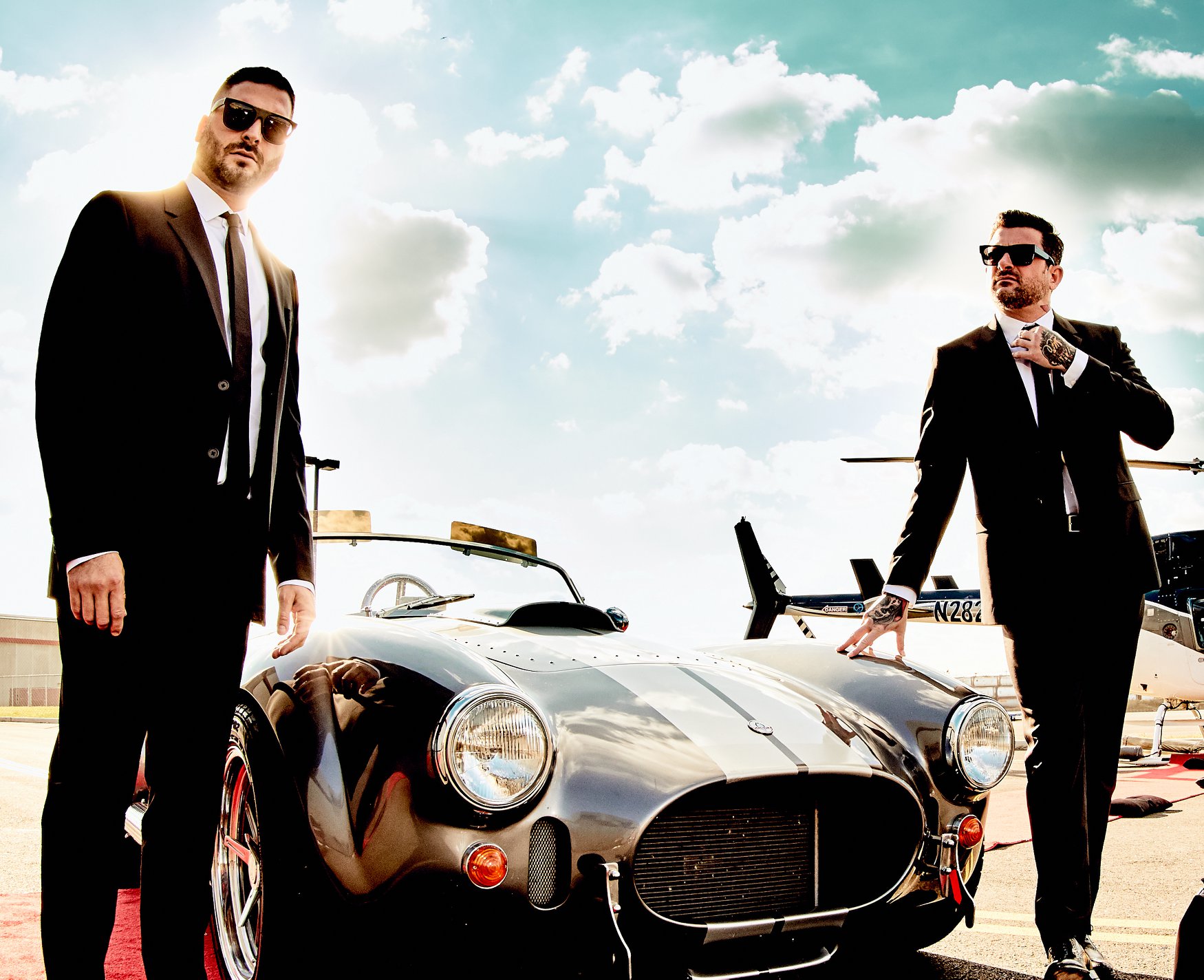 The birth of popular electronic duo Black Caviar has quickly and successfully cemented a global fanbase in their favor. With their richly distinct and dynamic sound, the pairing stretches back to a meeting between Troy Hinson and Jared Piccone as they shared a bond over a mutual love of the music scene.

After years of recording music and touring in various musical acts, the guys decided to put aside their music projects and began working traditional 9-5 jobs. Troy became a producer/personality on SiriusXM’s ‘Jim Norton and Sam Roberts’ show, while Jared worked as an A&R rep at Republic Records, signing acts such as Phantoms and Prince Fox.

However with such a shared, long-existing passion for music, together they formed house duo, Black Caviar, which has skyrocketed to meteoric success over the past couple of years. Amassing almost 50 million Spotify streams in their illustrious career so far, Black Caviar’s rise has been nothing short of impressive. They’ve been supported across SiriusXM’s electronic channels, including BPM and Diplo’s Revolution, and have recently hit the road to perform at gigs ranging from private parties in Silicon Valley to clubs in Las Vegas, New York and Boston, as well as performances at festival sets over the Summer at Electric Zoo in New York and Splash House in Palm Springs.

Recently Black Caviar debuted their major collab, “What’s Up Danger” with rapper Blackway from the ‘Spiderman: Into The Spider-Verse’ movie soundtrack. The duo was amazed to see the track’s involvement with the movie as it was an unexpected surprise that they didn’t think would actually work out.

We had the chance to interview Black Caviar at this year’s HARD Summer Music Festival 2019 in Southern California. Despite the scorching weather conditions, the duo was able to make the fans and festival attendees dance with amassing energy under the hot summer rays. Filled with a plethora of rhythmic house bangers, Black Caviar’s set performance was fantastic and generated moving vitality at the festival’s HARD Stage.

[The Nocturnal Times]: How does it feel to be here doing your own thing at the HARD Stage?

[Black Caviar]: It’s surreal – we quit music after playing in bands our whole lives, and were like let’s get real jobs, we need health benefits. So we started working, and we literally made music for the fun of it. Literally for just the passion of we have a laptop computer, access to the internet, let’s just do it, put it out there, and it started working. And so to be sitting here talking to you is pretty fucking crazy.

We’ve been making music in the past with other projects, for example, I was in a band and so we’ve just been in the music scene for a long time. So it was just our version of fantasy football league, something to do on the weekends. People who just love house music, making house tunes. and now it’s blossomed into this a couple of years later and it’s still unreal.

[The Nocturnal Times]: So what’s the deal behind your name inspo as Black Caviar?

[Black Caviar]: There was a bunch of ideas we were tossing back and forth, and you know trying to come up with the band name is always hard because it’s representing what you do. At one point we were gonna call ourselves stay at home dad.

And we kind of realized that none of the names we thought of weren’t really “sexy.” If we’re gonna do a band now, and I mean look at us, we’re sexy. So the music had to represent our sexiness. And so Black Caviar sounds and feels better, it’s expensive, it’s high end.

[The Nocturnal Times]: Do you have any unreleased music that we should be expecting anytime soon?

[Black Caviar]: We have a collab we’re really excited about coming out in two weeks with GTA, coming out on Insomniac. We’re gonna put out two more songs with Insomniac in October called “Boing” and “Keep My High.” One coming out on Heldeep, and a ton of other music we’re just stockpiling and sitting on.

[The Nocturnal Times]: Tell us about how your track “What’s Up Danger” got involved with the Into the Spider-Verse Movie?

[Black Caviar]: We did a deal with Universal / Republic Records and they do a lot of soundtrack work. At that point, I had worked there before and we were always just team players, where if they asked us for beats we’d make them beats. And we had honestly just got lucky this time and asked us to try making a song for the scene. So they sent us the scene with a couple of keywords to go along with it. So we submitted it and didn’t hear anything for months, thinking it was dead. And then bang all of a sudden it’s in the trailer, a Spiderman McDonald’s combo commercial, it just ended up being a big part of the movie. Super lucky, super crazy.