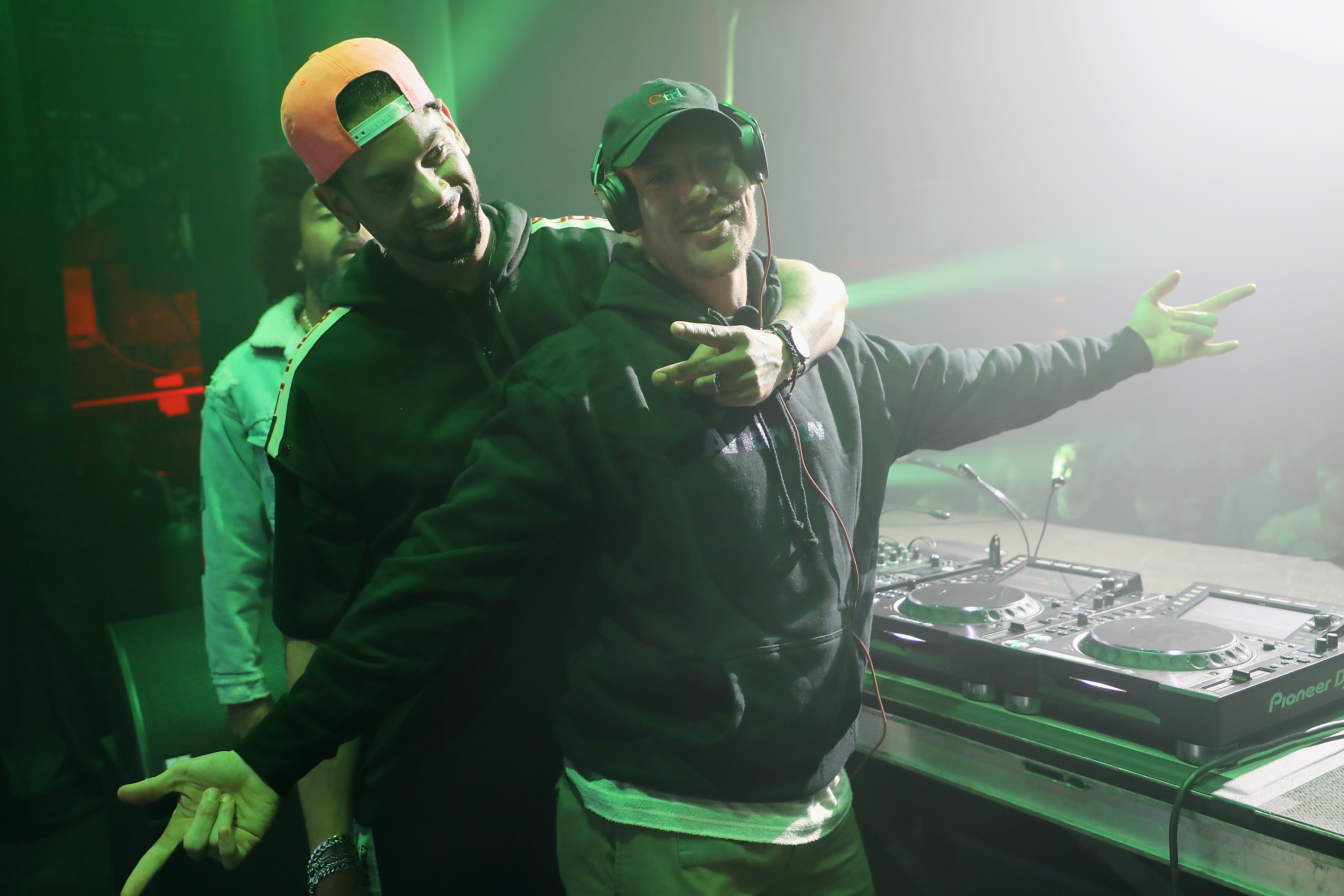 The new exclusive SiriusXM Radio channel, Diplo’s Revolution just launched this past Thursday night at the Faena Theater in Miami Beach. Since it’s huge announcement a week prior to Miami Music Week, the partnership between the Grammy Award winner and the global satellite radio service has taken off.

MIAMI BEACH, FL – MARCH 22: Diplo and The Fat Jewish are seen backstage during the Diplo Launch of His Exclusive SiriusXM Channel Diplo’s Revolution At The Faena Theater on March 22, 2018 in Miami Beach City. (Photo by Alexander Tamargo/Getty Images for SiriusXM)

The unforgettable event broadcasted live on SiriusXM and was hosted by none other than The Fat Jewish. The special event featured live DJ sets from some of his good friends, fellow label mates and producers. In no particular order, Diplo, Jillionaire, A-Trak, GTA, MK, Valentino Khan and Kandy treated subscribers and invited guests to a night of back to back sets and revolutionary beats. The full stream aired on the premier of Diplo’s Revolution at 9 pm on SXM channel 52.

MIAMI BEACH, FL – MARCH 22: Diplo, A-Trak and Jillionaire perform on stage during the Diplo Launch of His Exclusive SiriusXM Channel Diplo’s Revolution At The Faena Theater on March 22, 2018 in Miami Beach City. (Photo by Alexander Tamargo/Getty Images for SiriusXM)

The launch of Diplo’s channel on Sirius XM joins him with other revolutionary artists such as Eminem, Bruce Springsteen, The Beatles, Elvis and Frank Sinatra to name a few.