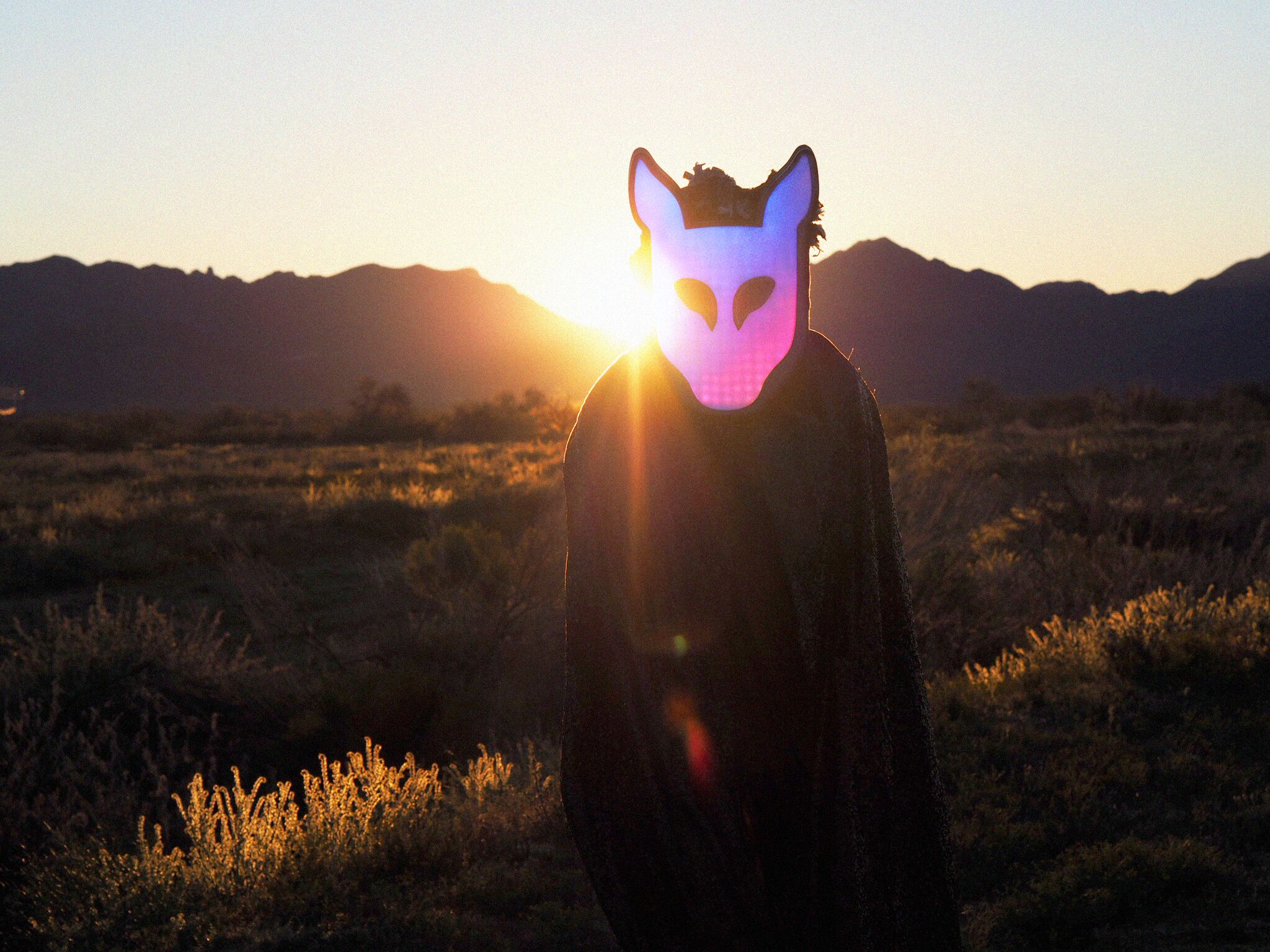 With his uniquely serene sounds, Slow Magic is finally back in the music production game. The masked icon has over 250,000 monthly listeners on Spotify alone and has surely been making a career for himself over the years. His electronic-heavy artistic success traces back to 2012 with the release of his first album Triangle, following a plethora of authentic track releases like “Girls,” “Waited 4 U,” “Daydream,” and many others. Recognized along the lines of artists like ODESZA, Giraffage, Purity Ring, and xxyyxx, Slow Magic never fails to amaze fans with the most mystically alluring sounds.

After a whirlwind of events and a temporary detour from releasing new music, it feels great to say that Slow Magic is back and better than ever. His first original release of 2019 consists of a dual-track project titled Dreams, Pt. I, featuring two wholehearted singles with beautifully written melodies. The first track “Daydream” incorporates Julianne Hope’s fiery lyrics, while “when it rains but the sun is out too” consists of a more peculiar instrumental heavy touch.

Reflecting his personal endeavors to a T, Dreams, Pt. I is an accurate musical representation of everything Slow Magic has encountered from his last musical release until this point in time. A pretty bad record deal might have caused all of his projects to be pushed back, but as the title on the second track of the EP portrays, sometimes a little rain can lead to the most vibrant days full of nothing but sunshine. A true and introspective masterpiece, Dreams, Pt. I takes us all on a soothing melodic journey through its entirety.

We got to chatting with our favorite masked man regarding his new dual-track project and past ventures, curious to know the backstory behind the rollercoaster of a ride he had previously been exposed to. Thrilled to discuss the vision behind Dreams, Pt. I and everything else currently in the works, dive into our exclusive Nocturnal Times Interview with Slow Magic himself below!

The Nocturnal Times: It’s been quite some time since your last project release – what inspired you to create your first multi-track EP?

Slow Magic: I had been working on lots of musical ideas and sketches since the release of ‘Float’ and my ‘AWAY EP’ and I started to see a bit of a theme forming with some of them. I had a lot of songs that felt dreamy and could fit within a “Dreams” theme.

The Nocturnal Times: When did you officially start the creative process for Dreams, Pt. I?

Slow Magic: That’s actually hard to really pinpoint, but I think eventually a lot of different beats and ideas I was working on started to take shape into what is now Dreams.

The Nocturnal Times: Did the songwriting/producing of one track influence the other?

The Nocturnal Times: Can you tell us more about your intentions with the two-track project? What were you hoping listeners gained from the tracks featured in the EP?

Slow Magic: I wanted to release music spaced out to give each release time to live out in the world on its own. I like the idea of digesting an album or EP in parts that eventually make up one whole.

The Nocturnal Times: Was there anything in particular or were there any personal encounters that influenced the mind-captivating meaning behind this project?

Slow Magic: I have actually been having a lot more dreams since releasing Dreams, Pt. I coincidentally. The idea for a dream themed project came from my wife and I. We were listening to the tracks and both came to the constant theme and idea of dreams, an escape, and something a bit otherworldly.

The Nocturnal Times: Can you tell us more about the unfortunate record label situation that hindered you from releasing as much as you would have liked recently?

Slow Magic: Up until recently, I had been trapped in a label deal that had nearly ruined my career. The indie label I had signed to was bought out by one of the largest corporate entities in music. Also, my manager at the time had left (for unrelated personal reasons.) The label wanted to control more than we had initially discussed back when I signed with them. I felt I was being strung along until they could figure out what they were doing or until I had a radio hit. I was able to break free from that situation, I found new management with Milk & Honey and started to pick up the pieces. Dreams, Pt. I comes out with a new sense of freedom I haven’t had for a while.

The Nocturnal Times: Now that this project is out for your fans to indulge in, are there any other endeavors/artist collaborations we should know about?

Slow Magic: I am working on various things beyond dreams. I have a collab with shallou and one with Manila Killa in the works 🙂 as well as some other things I can’t say yet.

The Nocturnal Times: If this is the first part of your multi-track vision, should we expect a Dreams, Pt. II in the near future?

Slow Magic: You can expect more instrumental tracks and more tracks featuring some great vocalists! We have more plans for the visual side too that I can’t wait to bring to life and share.

Related Topics:slow magic
Up Next