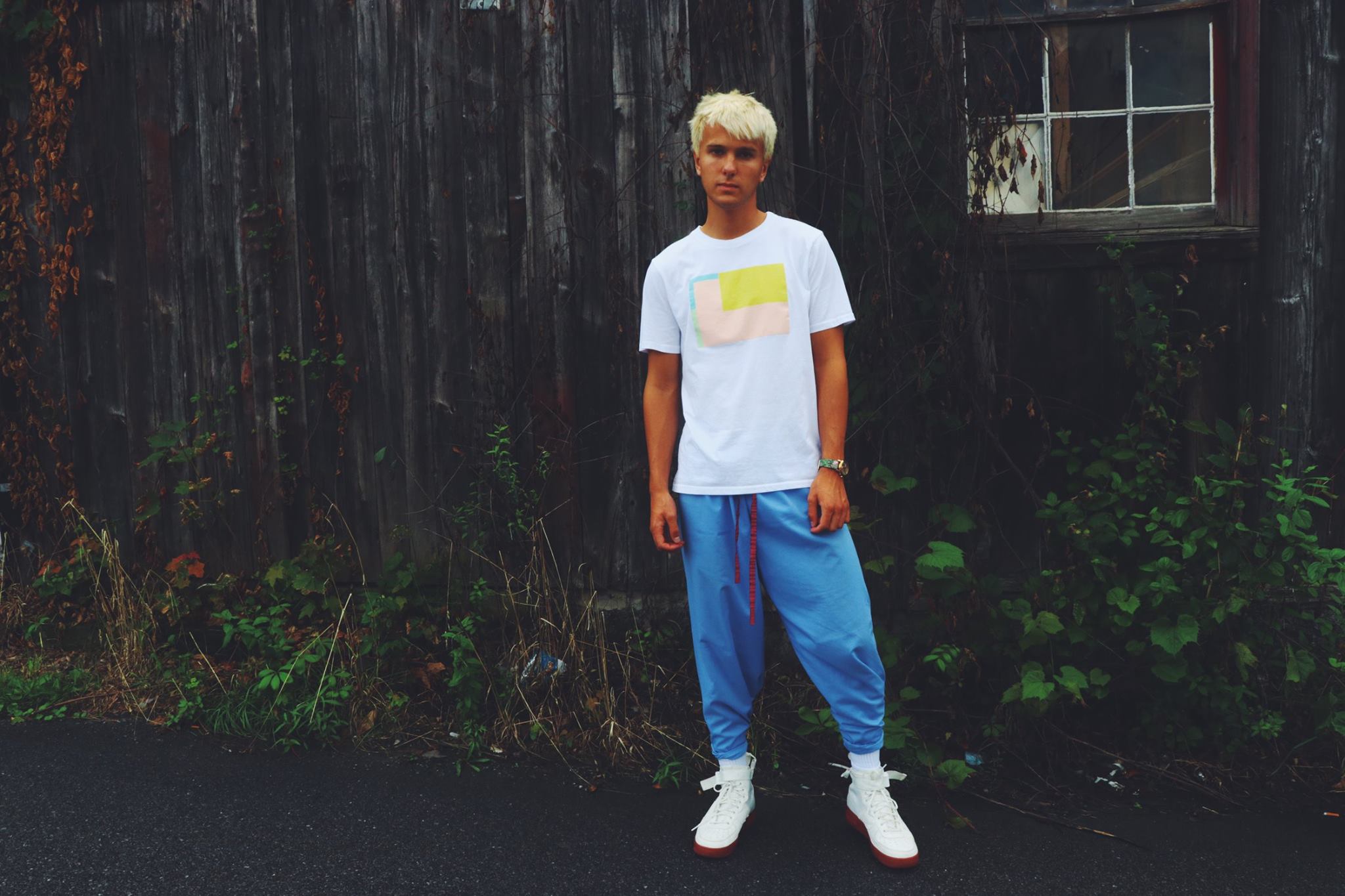 Sam Martinsen, the artist now best known as pluko, comes from the small town of Hollidaysburg, PA. He recently released his debut album sixteen, a standout album of the year that was brought to you by the Foreign Family Collective. Touring the country and releasing top-tier quality electronic music, you’d be shocked to know he’s only 18 and still a full-time student in high school.

Having to live a double life could be troublesome for most, particularly at such an impressionable age. However, pluko carries himself with a humble attitude and focus on further creative expression. pluko said this about his time home, “But I like in my hometown, I like to just be like, I don’t like to talk about it. I just hate talking about it, I just like doing my own thing. Like I had the opportunity to do the test and get my GED and just be done. But I want to get high school experiences and I don’t want to look back and regret missing all the fun times, even though it sucks sometimes.” pluko followed up with, “It’s just exhausting because I wake up and go to school and then as soon as I get home I write music until I go to sleep. And that’s like every day. It’s exhausting. But it’s worth it, I’m having fun.”

Living such a busy life, pluko has recently joined Snakehips in tour stops in Denver, Chicago, Brooklyn, and held solo shows in San Francisco and LA. All this while still maintaining a wholesome life any 18-year-old would want. Asked about his plans after high school, pluko has big things lined up. “I think I’m going to move to New York, Manhattan. I used to want to move to LA, but I recently decided that I like it better over there. I think I fit the New York vibe a little better.”

Mistakenly, I asked him if he has any favorite night time spots or clubs of choice, and he replied, “I haven’t been able to go to any,” completely oblivious to the young age this mature producer was. “But when I first played in New York city I played at Webster Hall, it was super fun. I got to go with my friends and family. I play in NY tomorrow actually, at Brooklyn. It’ll be a lot of fun, plus my agent is from New York and my family will be there, a whole bunch of people will be there.”

On top of national touring and producing his debut album, pluko has hit festivals and discussed his experience at Electric Forest in 2017. “The first time I had to actually leave (the state) was when I played Electric Forest for the first time. That was my first festival … It was a lot of fun, we went up there got to experience the whole forest vibe and everything. It’s a one of a kind place for sure. It’s definitely the most unique out all of them. I’m excited to go back, hopefully next year.”

With exposure to festival crowds around the country and a sound like no other, it was only a matter of time before a label would want to back this talented producer. “When I was finishing up my album, we hadn’t really pitched it to anyone yet. And we pitched it to them (Foreign Family Collective) and they were really into it. I got on the phone with the Odesza guys and they had a couple of notes, and helped me fine tune it, and then we put it out right away.”

pluko’s latest production was years in the making, starting at the ripe age of 16. “I started working on it when I was about to turn 16. That why I call it sixteen. So even though I put it out when I was 18, still sixteen.” When asked about his inspiration during the two-year production process he said, “I wanted to create a project that was different. Something that was completely different than what anyone else was doing and just do it all myself, like I’m the only producer to work on the entire thing. I had a couple vocal features and I sang on one of them.”

“I wanted to create a project that was different. Something that was completely different than what anyone else was doing…”

With no credit or feature listed pluko revealed he sang the vocals for “his perspective.” “It felt really good, I’ve been doing it a lot more and experimenting with it because It’s a lot of fun, it’s a lot easier to portray what I want to mean and what I want to give off,” pluko said of using his own vocals with production.

In 2019 you can expect more music from pluko as he says, “I’m definitely going to keep pumping out new tunes, even if I didn’t have to.” “We’ll probably do a similar tour situation in the Spring, whether it’s another support, we probably won’t do headlining until next Fall.”

It’s rare to meet such talent and focus at such an early age, and with his rising popularity, pluko still continues to prioritize creative expression, family, and modest living any young adult would want. 2018 was only the start for pluko as he says, “My whole plan for everything I want to do, music is part of it, I want to start my own businesses and everything. I kind of want to dip my hands in everything.”

If you haven’t had the chance check out the album sixteen via Spotify below, and be on the lookout for further pluko announcements.