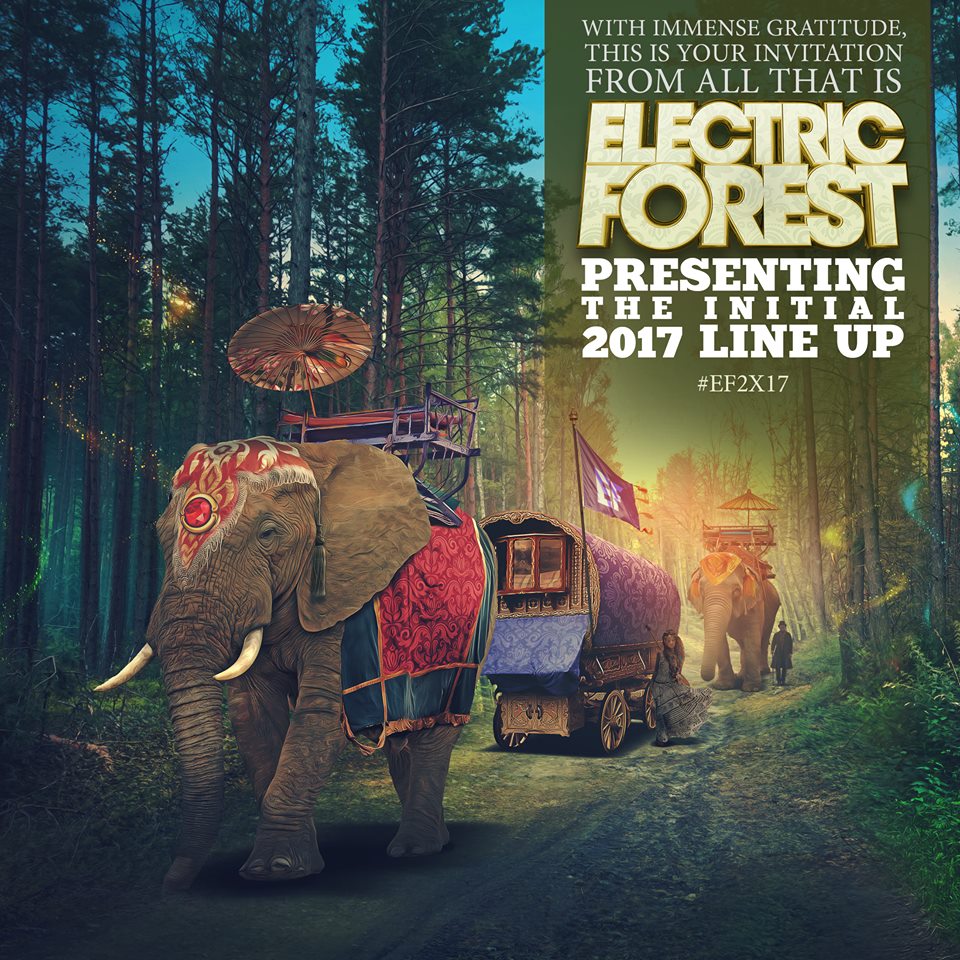 As if Electric Forest 2017 couldn’t get any bigger with the announcement of a two weekend festival, the first phase lineups have been revealed

One of the world’s elite camping festival experiences, Electric Forest, has taken their legendary event and extended the stay for those at the Double JJ Ranch. In an effort to expand the iconic festival experience, the 2017 Electric Forest will take place June 22-25 and June 29- July 2. Last year’s Electric Forest sold out in record time a mere two weeks following the public ticket sales. With an obvious demand from the dance music community, the folks from Insomniac and Madison House Presents decided it’s best to expand to two weeks in 2017. There now can be room for an overall larger gathering between the two weekends, while being able to accommodate a more intimate experience per weekend.

Electric Forest just released all the essential details for the EF2017 gathering. To start off the this year’s first wave of talent, there will be a plentiful collection of both veteran producers and modern day up-and-comers. As expected the Forest residents will be holding down both weekends, The String Cheese Incident and Bassnectar. Massive headline names will also be returning to the Forest such as the trance legends Above & Beyond, and the fan favorites from Seattle Odesza. Thus far there are many artists also sticking around for two weekend performance duties including A-Trak, Claude VonStroke, Big Gigantic, Autograf, Dixon’s Violin, Jai Wolf, Rezz, and SNBRN. Curated events and stages have also been announced. Electric Forest 2017 will be seeing stages hosted by the Foreign Family Collective, Bassrush, EDX’s NoXcuses, and Future Classic.

Fans should already start getting ready as the ticket sales won’t last long and there are many new bonuses and options for this year’s Electric Forest 2017. There will be the traditional GA camping, two tiers of VIP camping, and and RV camping available for this June’s festival. Altogether Electric Forest provides over 10 different ways to stay and experience the event. The general public ticket sales are available on December 8 at 12pm EST. There are however loyalty programs which might apply to you and allow for pre-sale access as early as November 29 at 12pm EST.

For more information on ticketing options go to HERE.

To check out the full line up details go HERE.