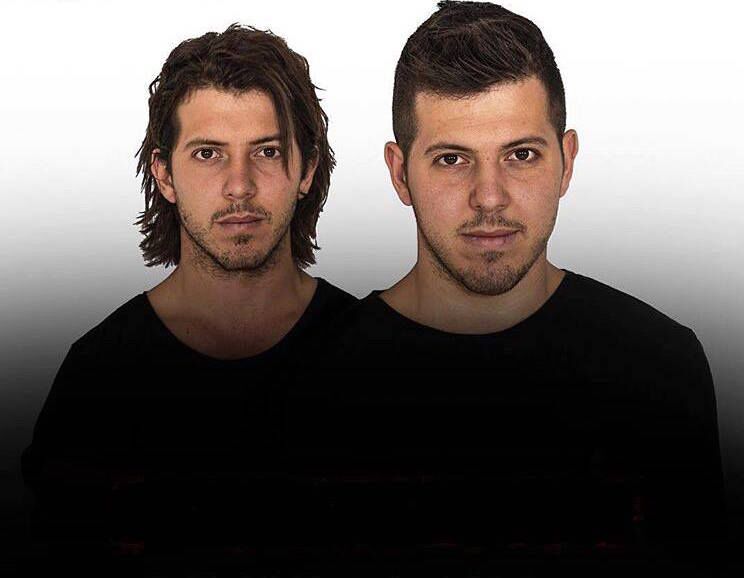 Australian-based sibling duo Gemellini has hit the ground running with their renowned energetic live performances and explosive dancefloor cuts. However, as you may expect, devoting themselves to taking their brand a long way from home and far outside of Sydney is only the beginning of the journey to come for these infectious gems.

Davide and Andrea have paved their path in the scene, drawing inspiration from iconic producers like Axwell,  Eric Prydz, and Sunnery James & Ryan Marciano. Considering these are some of dance music’s leading legends, it’s no surprise Gemellini’s live sets have garnered a show-stopping reputation. Making it a top priority to remain one of the most memorable and energetic duos in the game, they’ve taken their tribal influenced beats and hypnotic basslines across the globe, surrounding themselves with an ever-growing and dedicated fanbase.

The twins from Down Under have certainly hit the international scene, touring across Europe and North America while sharing stages with industry veterans like Hardwell, Tommy Trash, and Avicii. Beyond seeing the beauteous sights and cities of the world, Gemellini has experienced viral episodes, like when they seemingly broke the internet with their high-octane remix of “Every Day” by Eric Prydz. The sharp style and dynamic production led straight into tens of thousands of plays in just a few days, further cementing the duo’s thrilling path down the road of success.

The pair’s career soared further upon joining fellow production master Kryder’s label Sosumi Records, where they released their massive original single “Cavenda” in 2016. Fast forward to 2018, and the guys are still celebrating their victories beside Kryder, this time with a double-edged sword. Singles “Afterparty” and “Smash The Disco” arrived on his Spinnin’ Records sub-label, Kryteria. Joining in on all the fun at this year’s Amsterdam Dance Event, the Australian brothers smashed performances at both the Kryteria Boat Party and Pete Dash’s Back to Jack’s House party. We’re stoked to keep an eye on this flourishing and magnetic duo, who continue to prove the dynamic force that lies within a tight-knit sibling bond.

Read our full Q&A with the guys below:

Nocturnal Times: People say that having a sibling (or twin!) is like having a lifelong built-in best friend. Is this the case for you guys? How is it working beside each other on this musical journey? Do you think you have any particular advantage in this way?

Gemellini: Absolutely, we couldn’t agree more. This is the case for us and is the reason why we love what we do. To work on music and share your music around the world is amazing but when you do it with your best friend (twin) by your side it makes it all the better. It has worked to our advantage as we are able to work together both creatively and live.

Nocturnal Times: Getting into your journey as artists, how would you say you’ve developed since being a part of Kryder’s label? How has this platform allowed you to grow musically?

Gemellini: We are extremely grateful to have been/be a part of Kryder’s labels both on Sosumi and now on Kryteria. Kryder is someone who really cares about the artists and good music, and his team are fantastic to deal with and really work hard for the benefit of their artists. This has helped us develop our style as both Kryder and other producers on the label have helped with critiquing some of our work before it was ready to release.

Nocturnal Times: Your recent single, “Afterparty” was released at the end of October. How has it been received so far? How does it feel to finally share it with your fans?

Gemellini: “Afterparty” was such a fun project and fortunately, it’s been received really well.. It feels amazing to share the song with everyone especially when the crowds are shouting the hook line back or sending us videos of them playing it.

Nocturnal Times: Can you share with us a bit about how “Afterparty” came together, and the inspiration behind it?

Gemellini: We were browsing through tracks and heard the old Roland Clarke vocal “The Afterparty” and we really liked it, thought we could work with it. So we sampled it and turned it into a track. These days the after party is almost as important as the main party.

Nocturnal Times: The release just came following a week of madness in Amsterdam for the annual Amsterdam Dance Event. What kind of shenanigans did you get into while you were there?

Gemellini: ADE for us was the most amazing experience and hopefully it won’t be our last time there. We flew from Australia to be there for 4 days but it was well worth it. The city of Amsterdam comes alive during that week and everybody is there for their love of music and to meet, work and party. We were privileged to have played at two parties this year: Pete Dash’s – Back to Jack’s House party and the amazing Kryteria Boat Party. We also met new people and caught up with old friends. It was the best 4 days of our year.

Nocturnal Times: Last year you put out a masterful rework of Eric Prydz’s anthemic “Every Day.” How would you say this massive release helped shape the past year for you?

Gemellini: Thanks! Yeah we love the remix. It was always a bit daunting to try and remix someone as talented as Eric Prydz because how does one try to put their own style on songs which are already perfect? Fortunately, the track was very well received and many DJs have been supporting the track.

Nocturnal Times: What are some of the biggest challenges of establishing a name for yourself in this incredibly populated industry where there is an endless supply of talent?

Gemellini: It’s true, we think there is seemingly an endless supply of talent in this industry but that’s something to be encouraged by, not frightened of. The biggest challenge is just staying motivated and to keep working on your sound and shows, regardless of the obstacles you face. For us, we’ve always only ever had ourselves to push our songs, our shows and brand. We haven’t had an agent or manager so we work as hard as we can to stay in the game amongst all the very talented djs and producers out there.

Nocturnal Times: What’s coming next from Gemellini into the new year?

Gemellini: Hopefully more shows, tours, and records. We are really enjoying our journey thus far and look forward to a bigger and brighter 2019.