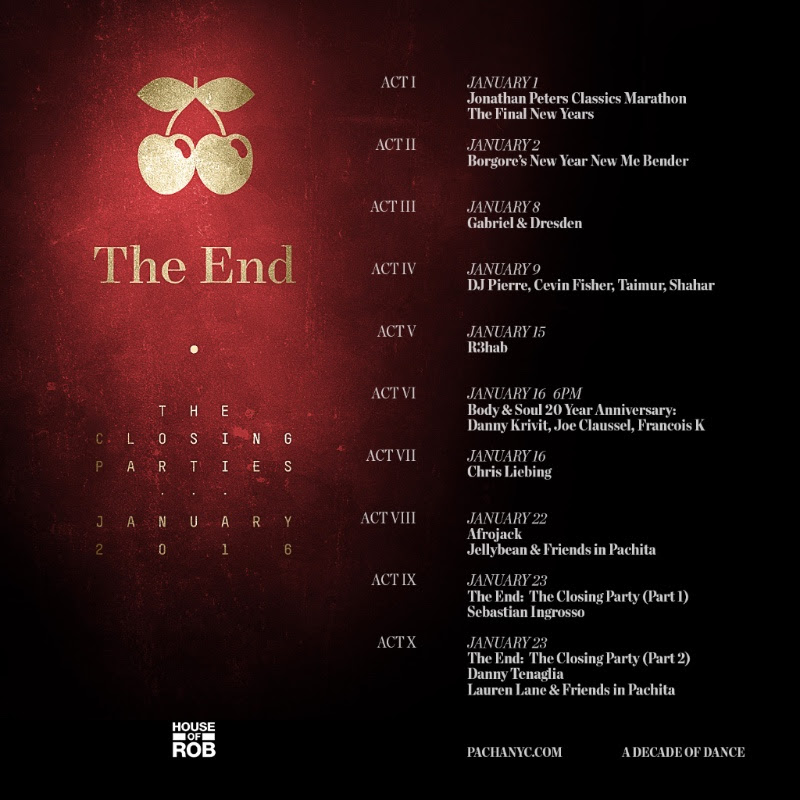 If there was ever a staple in New York City’s modern dance scene, it was Pacha NYC. For the past decade, nightlife thrived at the world-renowned mega-club. Whether you loved, hated or loved to hate Pacha over the years, it won’t be easy to watch it go. Closing its doors for good this month, Pacha NYC has announced its final nightclub events. Part II of the final chapter includes a set from dance music icon, Danny Tenaglia.

On Jan. 23, 2016, Sebastian Ingrosso will headline the official Pacha NYC closing event, The End: The Pacha NYC Closing Party. The end of an era will come full circle for those who have made countless memories at the Manhattan venue, as they quite literally grew and matured in the dance scene.

The Swedish house superstar, Sebastian Ingrosso, has the high honor of shutting down the legendary venue in style. The international DJ/producer is no stranger to dominating dance floors as a solo artist, most recently a duo as one-half of Axwell /\ Ingrosso, and one-third of the famed Swedish House Mafia.

Just releasing “Dream Bigger” on Def Jam, Seb and Axwell are off to a very promising start in 2016. If the Pacha walls could talk, they would say to come celebrate the last ever performance.

Following the main event on Jan. 23 with Ingrosso, Pacha NYC brings Late Night with Special Guests for one last time as the closing parties series comes to an end.