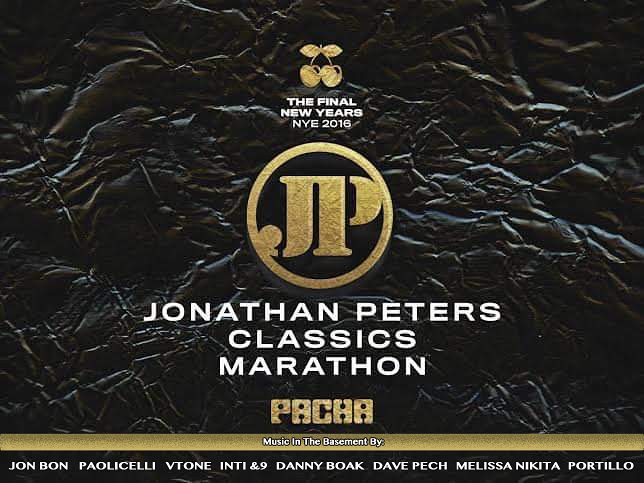 New Year’s Eve is always one of the biggest party nights of the year in New York City, but bringing in the New Year this year is even more significant for mega-club Pacha.

The iconic venue announced that it would be closing its doors for good in January. A string of closing parties are slated for January, but not until underground staple Jonathan Peters brings in the final New Year’s event to Pacha NYC in the form of a classics marathon.

Jonathan Peters Classics Marathon will span more than 24 hours and “it’s gonna be a LONGGG one!” Hex Hector is starting off the night at 1:30 am, followed by JP at 4 am Thursday night/Friday morning, which kicks off his day/night journey through classic dance music. Pacha vows, “as long as you’re here, we’re open!”

Attendees can anticipate a memorable night filled with classic dance anthems. From his renditions of Whitney Houston and Madonna, to his interpretations of Tiësto and Armand van Helden, the final Pacha NYC edition of Jonathan Peters classics will be a marathon for the books!

Bring in 2016 by taking a stroll down memory lane, sending Pacha NYC off with one final salute. Pacha has a 24-hour liquor license—and the party is already slated to go into New Year’s Day.