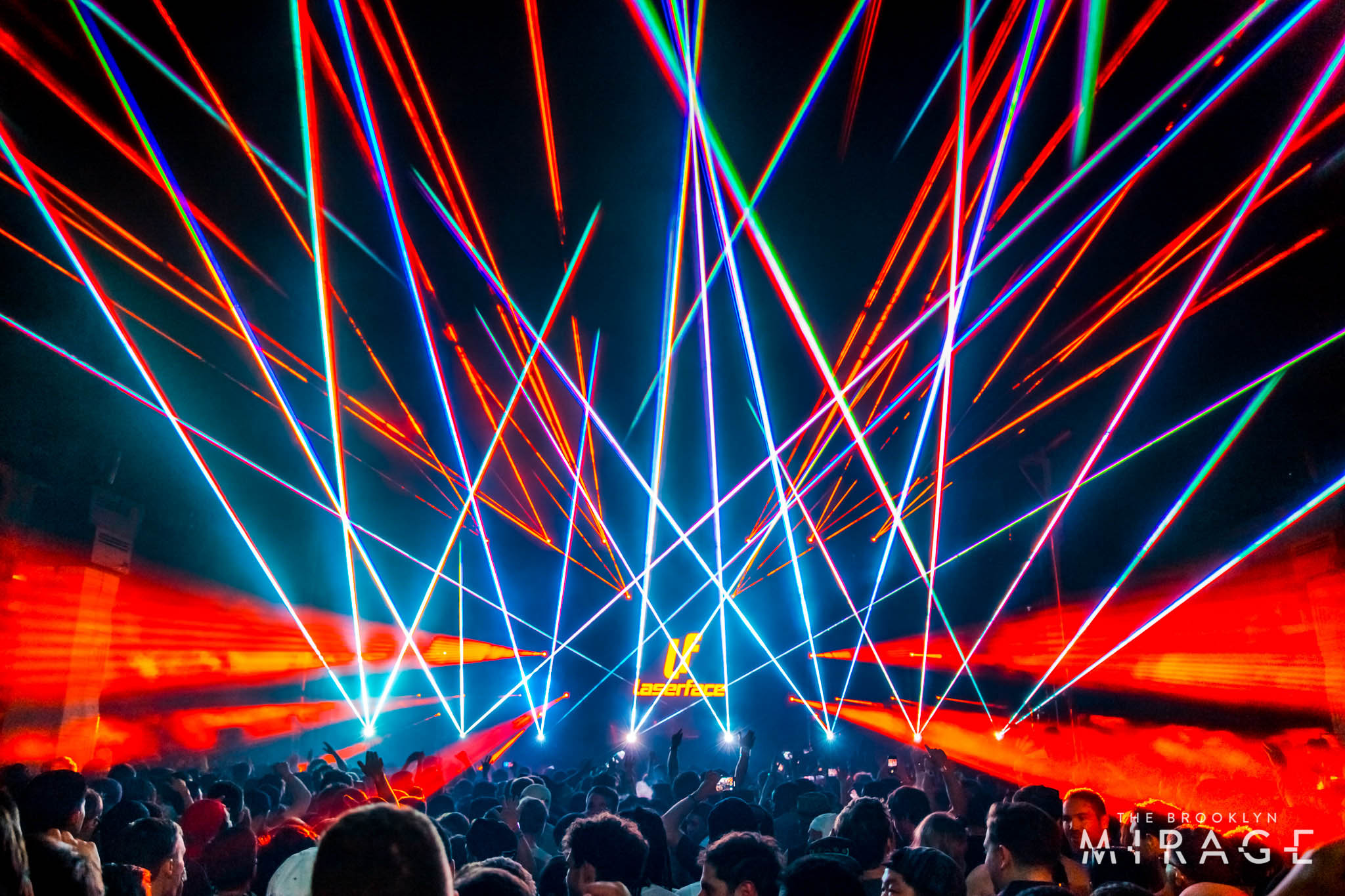 International DJ/producer Gareth Emery made his way back to New York City last weekend and brought a few lasers along with him, showcasing his grand Laserface concept. The sold out show at the Brooklyn Mirage was the highly anticipated return to the city that never sleeps where 5000 fans were immersed in lasers and some stellar tunes.

Gareth Emery has taken this trance and laser spectacle from city to city and continued to raise the bar. After massive shows in Las Vegas, Miami and Seattle, it was fitting to bring Laserface back to where it all started. Joined by support acts Standerwick, Alastor, Adam Scott and Mike Saint-Jules, the music had been on point early. A year and a half of honing the set up and programming, tireless work by Gareth and team, as well as even more lasers were on full display for two unforgettable hours.

Commencing with his Laserface intro track, Gareth Emery and Nice Lasers had taken over. Anthony Garcia is the renowned laser operator known as Nice Lasers who can always be found in the front of house booth, masterfully collaborating with Gareth’s music. The pair joined forces to create one of the most intricate productions you will ever witness. Perfect weather at the open air venue only added to the laser-filled atmosphere.

The New York City trancefamily were treated to both brand new ‘Kingdom United’ album productions and some classic favorites that have become Gareth’s greatest hits. Early on and often, sing-along vocal tracks had their time to shine on the NYC crowd. In addition to the handful of recently released album tracks, attendees who’ve been listening to dance music and Gareth for years sang along to “Concrete Angel,” “U,” and “Sanctuary” but also newer hits such as “Lionheart” and “Never Before.”

More set highlights included the rework of “Mansion 140,” instrumental Ashley Wallbridge collab “Electric Pirates” and of course “Saving Light.”  The most memorable laser show occurred during the finale along with a confetti drop for Gareth Emery & Ashley Wallbridge’s album title track, “Kingdom United.” Gareth’s vision of his own full on laser focused show will surely continue its global success as it expands to Ibiza this summer and Minneapolis for Halloween 2019. Be sure to watch this space for all your Laserface updates.