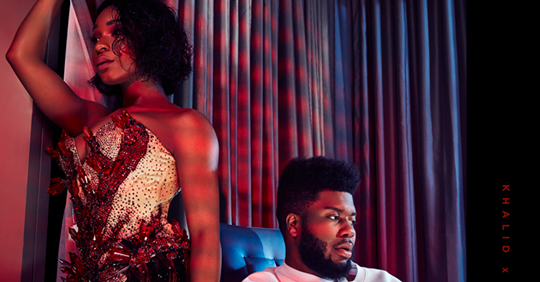 Back with the latest from breakout artist HARBER, we’re bringing you his infectious remix of Khalid & Normani’s hit single “Love Lies.” Premiering today on edm.com in Episode 9 of their ‘Remix of the Week’ series, it’s already off to a blazing start.

A New York native, Harry Berman (HARBER) is no stranger to working hard and chasing his dreams – something we are seeing manifested in front of our very own eyes as he’s establishing himself as a rhythmic force not to be reckoned with.

Holding versatile and distinctive remixes of dance music hits like The Chainsmokers’ “Sick Boy,” NOTD and Bea Miller’s “I Wanna Know,” Lost Kings’ “Don’t Call,” and Fountains of Wayne’s “Stacy’s Mom” allowed him to build his repertoire and walk the line of experimentation as he found his sound. Adding to the collection, HARBER’s “Love Lies” remix takes the original and packs it with a heavy punch and heart-thumping drop, repositioning it perfectly for an amped up live set, or even the bass-booming lair of a house party. Berman has put his own funky twist on the popular song, displaying his transformative energy and channeling it into a distinguishable mix that makes you want to get down and dirty along with the beat.

Adding to this week’s celebration, HARBER’s upcoming single “Me and My Friends” featuring singer/songwriter Angel Taylor is set for release next Friday, August 24th on esteemed label PRMD Music (home of Avicii, Cazzette, K?D, Syn Cole and more.)  The first release with PRMD after signing with them this Summer, we’re witnessing the beginning to an exciting new chapter in transforming his musical journey.

Pre-save “Me and My Friends” here.

Still buzzing from the hype of his sexy anthemic release “Summer You,” the young and ambitious producer continues on the rise, now backed by highly acclaimed PRMD Music. Stay tuned for the rest of August’s festivities and more triumphant wins from HARBER coming soon.

Keep up with HARBER on:

Related Topics:edm.comHARBERKhalidNormaniprmd music
Up Next

Jenaux Funks Up The Dance Floor With “My Friend” Single