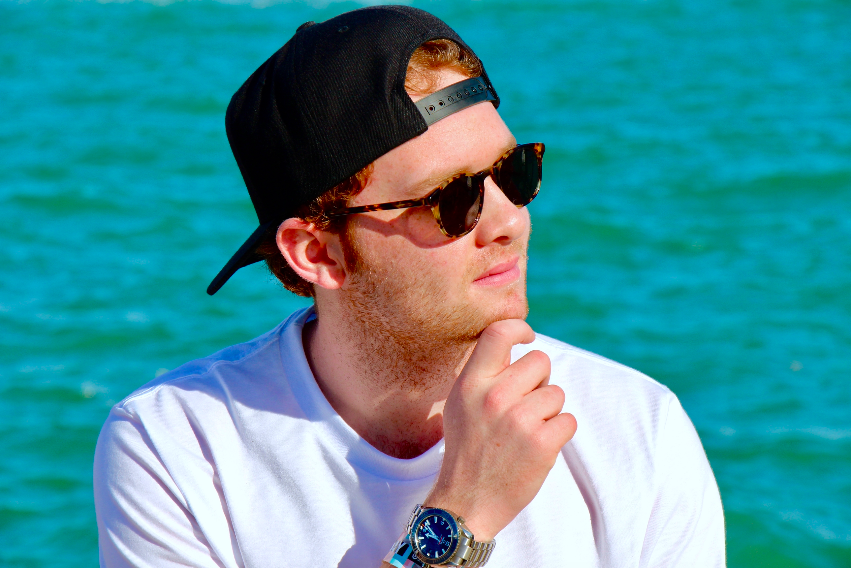 HARBER Unveils Highly-Anticipated “Summer You” to Set the Season Ablaze

After months of high anticipation, inventive DJ/producer HARBER is bursting into summer with what could be one of the most refreshing and pop-infused tracks of the season. A radio-worthy, nightclub-ready, festival-friendly anthem that you’re certain to have on repeat for months to come, “Summer You” packs enough punch to set 2018 ablaze. Following its premiere on YourEDM, “Summer You” was featured on Spotify’s curated New Music Friday Cratediggers playlist.

East Coast native Harry Berman has set forth on his life mission to explore his love for producing music to share with the world. Growing up entirely surrounded by music and his bleeding passion for the game, Berman found himself inspired by Blink 182, Red Hot Chili Peppers, and Eminem. He developed his taste deeper, expanding into the electronic umbrella and drew further inspiration from artists like Diplo, Skrillex, and The Chainsmokers. Very much like himself, these are artists who are unafraid to take a leap of faith, take risks, and experiment with new sounds. HARBER continually oversteps his own boundaries, exceeding expectations and forever reinventing his sound.

To say that “Summer You” is an addictingly festive song would be an understatement. From the first swift and serene beat fans will be hooked with this fresh dance anthem. As the song builds upon endless free and easy synths, HARBER’s new track is jam packed with impressively airy vocals and a wanderlust of radiant rhythms. “Summer You” is fully equipped with raw emotion, mesmerizing vocals, and an unsurpassed tropical ambiance that is certain to have you daydreaming of the beach. Flowing seamlessly with heartfelt, soft, and sexy vocals, the romantic summer story emits nothing but warm, breezy and euphoric vibes. There’s no doubt this mesmerizing tune should be right at the top of your Summer 2018 playlist, and featured as a number one summertime soundtrack.

“Summer You” will have you longing for those eternal summer nights before the season even comes to an end – and keep your yearning alive long-after. HARBER is bound to ride the “Summer You” wave of success far beyond the upcoming months, as this is only the beginning of a thrilling musical journey full of innovative production and stellar stage presence. Continuing to up the ante in the dance industry, HARBER is dishing out his endearing side with “Summer You” and fans can expect nothing less than charming energy and vivacious performances by HARBER.

Representative of the many aspiring DJ/producers in the world right now, HARBER is undoubtedly on the road to living out his dreams in the electronic industry as a young, cutting edge and soulfully creative artist. Blown away by the true inventive experience, Berman took note of the happiness found down this road and was ultimately awakened to all that the dance music scene encompasses, paving the way for his own footprint.

A young and ambitious artist, Berman has skillfully twisted his piano and keyboard expertise into his coinciding talent for songwriting and producing without limitations of any kind. What began as exploring his honest love for the art of making music has sprung exponentially to land HARBER at the place he is today, genuinely excited about pursuing what he loves day in and day out while he masters more skills like those of drumming and guitar. What makes him truly unique is his myriad of styles used in the creation process, and the way he fuses pop with electronic elements to bring life to an innovative sound of distinct emotion and self-inspiration.

With his recent remixes of numerous globally renowned artist’s tracks, Berman was one to begin the trend on mixing up the legendary Fountains Of Wayne anthem “Stacy’s Mom,” putting him on the map as an ideally imaginative musician. Following this, HARBER garnered massive support with The Chainsmokers’ SoundCloud repost of his “Sick Boy” remake – an epic and heavy-hitting version of the hit song which was featured on Trap Nation Radio. Berman’s “Don’t Call,” remix, a favorite song by thriving DJ/Producers Lost Kings was dubbed as launching the track into the future by recognized publication EARMILK, and last but not least, HARBER unveiled his harmonious and upbeat remix of “I Wanna Know” by NOTD feat. Bea Miller which premiered through EDMTunes, just following the kick-off of festival season.

SUAHN Gets Grimy With Remix of ShiShi’s “Just A Taste”