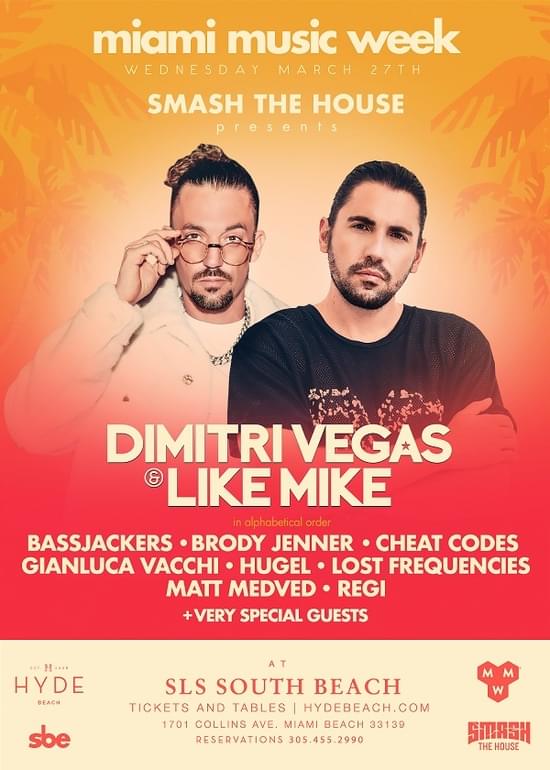 Following the release of their latest single, “Selfish,” Dimitri Vegas & Like Mike prepare for their Smash The House Miami Music Week showcase at Hyde Beach Club at SLS South Beach.

The brothers, who have previously been named number one on the DJ Mag Top 100 poll, just released new music via Smash The House/Epic Amsterdam. “Selfish” featuring Era Istrefi is the most recent tune from the guys, encompassing a drop which fans might recognize from the popular jam “Africa” by Toto.

Consistently donned as main stage favorites, DV&LM are best known for their originals such as “When I Grow Up (Wiz Khalifa)” feat. Wiz Khalifa, “Repeat After Me” with Armin van Buuren and W&W, and “Tremor (Sensation 2014 Anthem).”

Find more information and purchase tickets for Dimitri Vegas & Like Mike at the SLS South Beach on Weds., March 27, here.