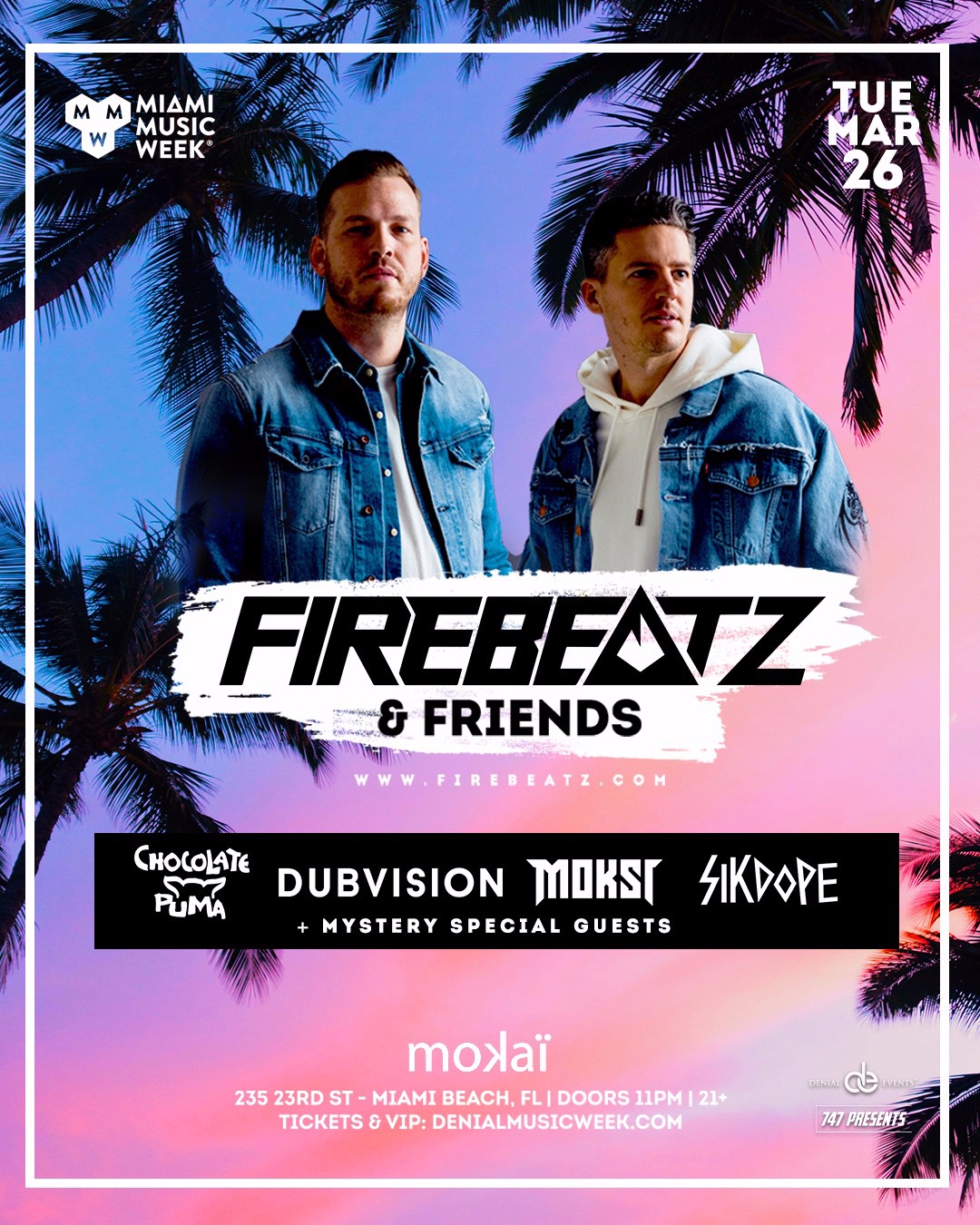 The big room house duo, Firebeatz, is about to begin their Spring 2019 North American Tour with a brand new experience planned for fans. The pair, Tim Smulders & Jurre van Doeselaar, will be spinning some tunes in nearly every major city in the U.S. which includes major billings at the Los Angeles Theater and The W Miami Hotel.

The first stop on this North American journey will be on March 22nd at NOTO Philadelphia. The hype will continue into the next week with a handful of iconic club events during Miami Music Week. This will be the seventh year that Tim & Jurre host their own Firebeatz & Friends event which will feature their own latest tracks as well as similar ones within the genre. They will also be making two additional guest appearances, one being for Spinnin’ Sessions on March 27th, and the second being for the Young Gunz showcase on Thursday, March 28th.

Even with an intense tour schedule, Firebeatz still has new music on the way from major labels such as Armada, Spinnin’ Records, and Oliver Helden’s Heldeep. More dates, announcements, and news will be coming along with the new releases ahead of their tour.

“We’ve dedicated a lot of time last year in the studio and we now have a string of releases lined-up plus a brand-new show to tour. I don’t think we’ve been this excited or fired up since we started.” – Tim Smulders