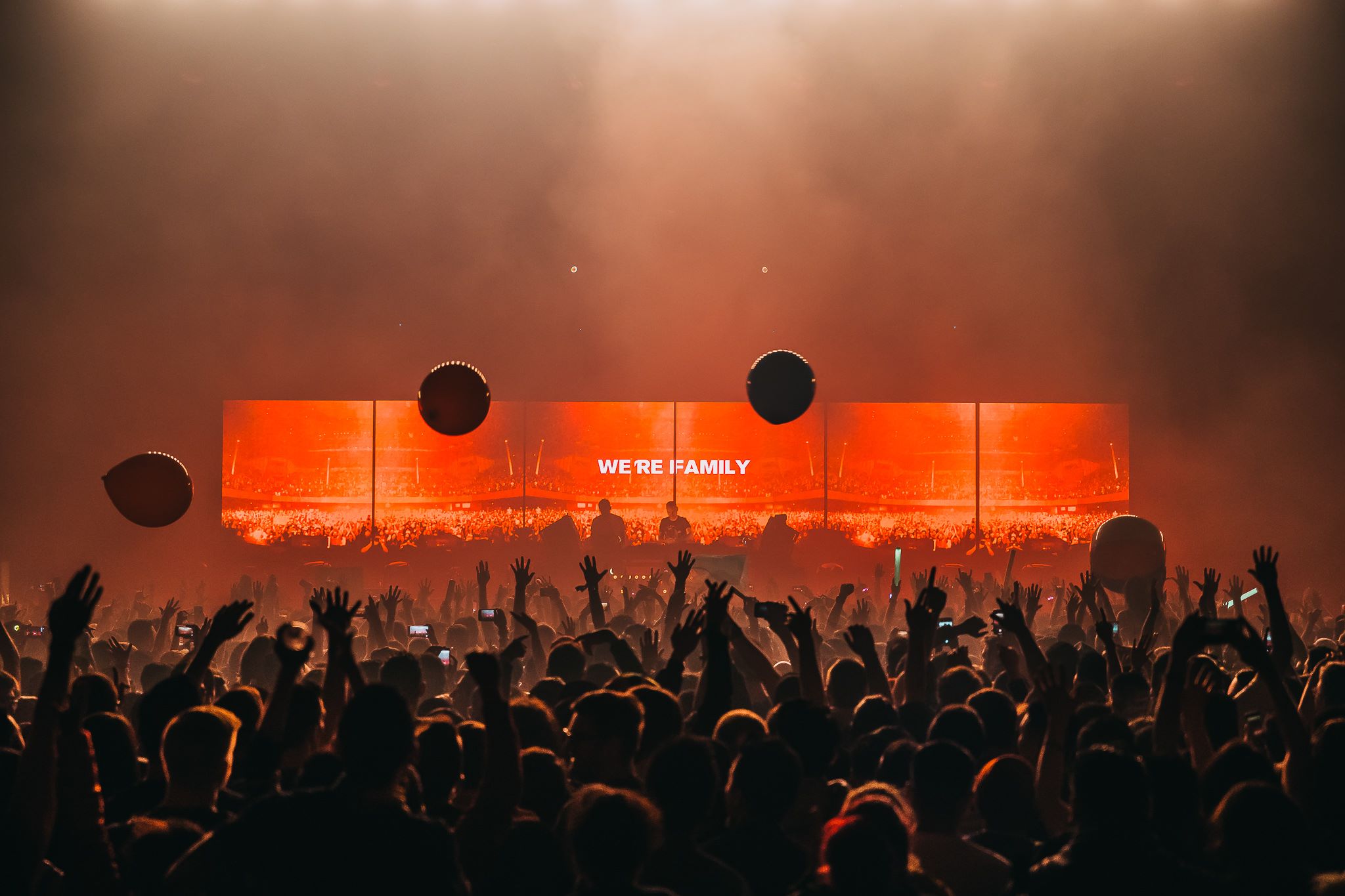 Perhaps one of the most talked about shows of this year’s upcoming Miami Music Week is none other than icon Above & Beyond and the always daring Seven Lions. Officially named as Above & Beyond: Common Ground Miami, special guest Seven Lions just made this Thursday night performance that’ll be one for the books. The high-profile event will also feature support from Gabriel & Dresden, Alpha 9, Spencer Brown, Jody Wisternoff, and Luttrell. It’s all going down at Wynwood’s mega RC Cola Plant on March 22, 2018.

Without doubt, no matter where Above & Beyond go they are the center of euphoric sensation and the main attraction for thousands of fans to gather together in pure bliss. Especially after the 2018 release of their heavenly new album Common Ground, which soared to #3 on the Billboard Top 200, fans are craving this performance more than ever. One of the most soulful and leading dance music groups, Above & Beyond symbolize the true meaning of unity and love within this global movement that is dance music.

This RC Cola Plant crowd can hope to hear Common Ground thrills like “My Own Hymn,” “Always,” and “Sahara Love,” as well as a plethora of their endless old favorite songs like “Sun and Moon,” “Thing Called Love,” “We’re All We Need,” “Alchemy” and a whole setlist more. On top of singing hearts out and surrounding beaming vibes, this colossal performance is gearing up to invoke heartfelt sensations that will surely transcend into another dimension, where the sea of fans will be feeling every melody, breath, rhythm, and soul-striking synth course through their veins.

Producing some of the most emotive, melodious, heavenly, and powerful songs in the dance industry, DJ/Producer Seven Lions is the cherry on top of this monumental night. Known for breaking boundaries to satisfy his creative endeavours, his music career has evolved into the relentless, deep, and soulful sound that it is today. From back in the day getting noticed by legends like Skrillex, to setting out on solo tours and performances all over the globe, his purpose in the industry continues to become bigger and better as he follows through with producing and releasing music that is always part of something larger. Presented as stories that OG Seven Lions fans can follow and stories which new crowds will wholeheartedly experience. As absolutely hype as Seven Lions fans get just by solo jammin or rockin’ out with friends to his assortment of tracks, mixes and collaborations, crowds go ESPECIALLY wild for his live performances. Build ups like you wouldn’t believe, and transitions into the most riveting drops like “Don’t Leave” – his timelessly epic collaboration with Ellie Goulding. Further ethereal beauty of Seven Lions’ music can be heard in his other outstanding tracks like “Falling Away,” “Rush Over Me,” “Fractals,” “Worlds Apart,” and “Higher Love” (just to name a very small few). Those who are preparing for this one night of true magic and music can await to have their expectations exceeded with the radiant creativity and soul invasion that is Seven Lions.

American-born Gabriel & Dresden are jumping in on all the action in Wynwood. The guys have made a splash with their recently released sophomore studio album The Only Road. A true representation of who they’ve become as artists today, the 12-track record is a true showcase of their imagination and artistic minds, where fans enter the impassioned abyss of a surplus of sounds and tracks. A&B played “This Love Kills Me” and “White Walls,” both off of The Only Road during ABGT 250 back in September after announcing the album would be released under the Anjunabeats imprint. This illuminating outpour presented itself in numerous collaborations such as songs with Sub Teal and Jan Burton, as well as their own seemingly effortless and captivating productions. The highly-acclaimed artists have made their return to Anjunabeats beside long-time friends Above & Beyond, and are taking their fine-tuned talent to Thursday’s Common Ground event. Prepare for the duo to blow the roof off the RC Cola plant with their unique blend of genres, well-developed sound, and innovative visuals.

Making this night an extra special celebration is the enchanting VIP experience, hosted by Denial Events, who stand as the face behind bringing extraordinary reality to life. Leaving guests in awe with an escape into a fantasy realm. Upholding their vision to create an all around lively and signature atmosphere, Denial Events couldn’t be a better host for this legendary night. Prepare to be fully immersed in sophistication, innovation, and cutting edge design. VIP’s quality experience is a direct result of their luxury atmospheres and exquisite technical production. The Denial team will stop at nothing to advance in explorations of whimsical realities and top-notch concepts for prestigious clientele. For more information, tickets, and VIP reservations visit here.

Tickets for Above & Beyond Common Ground Miami are available HERE.