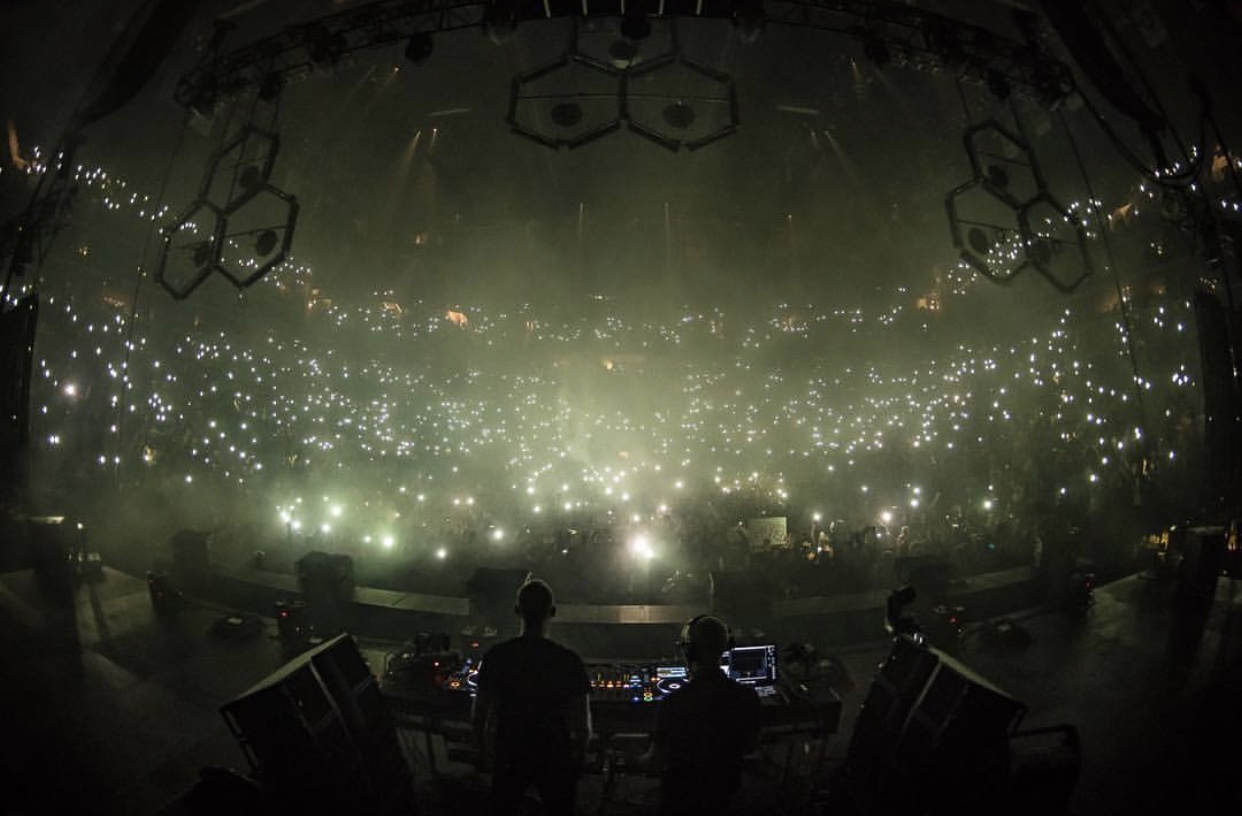 Fans came from far and wide to the Barclay’s Center for Above & Beyond’s ‘Common Ground’ performance in Brooklyn. The kings for a night of trance and progressive, Jono and Tony along with a few of Anjuna’s most sought after talent, put on an incredible show that is sure to remain unrivaled until their return. Complemented by state-of-the-art lights, lasers and pyro, the event could only be described as absolutely stellar.

Opening the night was the deep house DJ/producer, Yotto. The rising star of the Anjunadeep label, brought a perfect warm-up energy to the crowd. Following up with a powerful performance was DJ, producer and fan favorite, Andrew Bayer. Bayer’s blissful and melodic progressive tracks were the perfect way to set the tone for the festivities yet to come. As the night’s climax neared, the anticipation grew and the crowd prepared for a set filled with music from the legends, Above & Beyond.

New York City erupted as Jono Grant and Tony McGuinness stepped onto the stage while their intro played. From the start, fresh soundtrack masterpieces from their new Common Ground album had the more than ten thousand attendees on their feet. Party-goers sang along to new album tracks such as: “My Own Hymn” featuring vocals from Zoë Johnston, “Tightrope” feat. Marty Longstaff, and another one of our favorites off ‘Common Ground’,’ Justine Suissa’s raw voice on “Naked.”  Also included early were Anjuna releases such as: “Only Road” from our friends Gabriel & Dresden feat. Sub Teal, Above & Beyond’s remix of “Salva Mea 2.0” by Faithless, and a remix of Jean-Michel Jarre & Tangerine Dream’s “Zero Gravity.”

Above & Beyond continued to serenade the crowd with sounds from their past, including their classic, goosebumps-inducing OceanLab hit, “Satellite,” and Group Therapy favorites “Thing Called Love” and “Sun & Moon,” both sung by Richard Bedford. Also beautifully incorporated, was the brand new “Northern Soul” and “Happiness Amplified;’ which are Above & Beyond productions bringing back the glorious golden voice of trance, Richard Bedford.

While feeding off the thousands of Anjuna family members in the venue, the two brilliant British showmen remained energized from beginning to end. The trance titans made it a point to come out and showcase new music in their set. More highlights from the Anjuna Kitchen and hot off the album’s release, “Alright Now” ft. Justine Suissa, “Is It Love? (1001)” and an intimate closing with “Always” ft. Zoë Johnston left the masses stunned whether on the floor or in the countless rows surrounding them.

The Barclays Center was host to an unforgettable event filled with the best music from the most talented DJs in the industry. The east coast faithful can still catch them on the future legs of their ‘Common Ground’ tour or for a massive Miami Music Week spectacle coming this March. In the meantime last weekend’s arena set will have to hold us over.