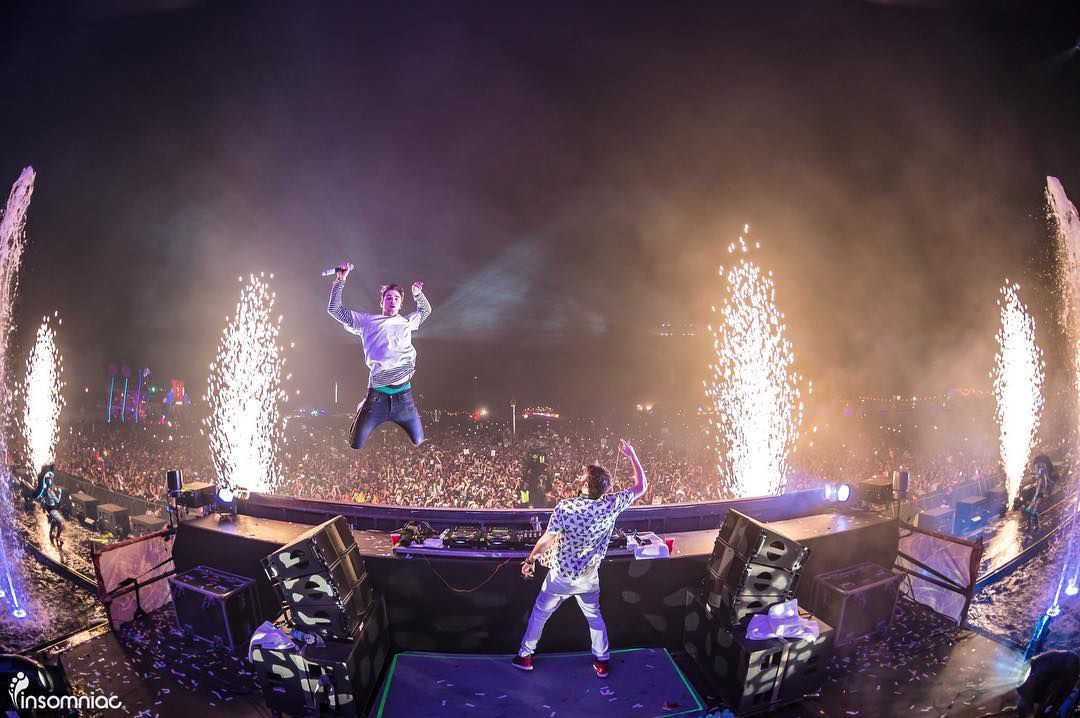 As more and more electric lineup announcements have been revealed for this year’s Miami Music Week, party-goers have been itching to hear who will be closing out the last day of MMW, and the announcement is an absolute slam dunk. Yep – THE CHAINSMOKERS are about to set Miami on fire with this performance at STORY Nightclub on Sunday, March 25th.

We’re beyond the point of explaining how The Chainsmokers have risen to the level of global success they stand at right now. After releasing thrilling, heartfelt tracks and exceeding expectations when it comes to total madness, crowd control, and energy during live performances, it’s no surprise they have attracted and entertained tens of thousands of fans in massive arenas across North America, Europe, and more, and continue to sell out club shows worldwide in minutes. They’ve skyrocketed through 2018 already with their new imaginative singles “Sick Boy” and “You Owe Me” – there’s really no doubt that sky’s the limit this year for these guys. The Chainsmokers continue to be relentless in surprising and unleashing their own infectious spirit into the dance industry. It’s been a whirlwind of touring, album releases, evolving musical tastes and styles, and if there’s one thing we can always expect from this timeless duo, it’s that their passion for captivating audiences can sustain a lifetime.

Periodically stepping aside from their grandiose arena shows, fans are going to have to head over to none other than Sin City this year. The Chainsmokers’ current three-year Residency at XS Nightclub at Wynn Las Vegas previously took 2017 by storm, and this year they are signed alongside more industry champions like Alesso, Diplo, Dillon Francis, Major Lazer, SLANDER and many more.

To say that either The Chainsmokers scored STORY Nightclub or vice versa would be cheating both sides – rather, both artist and venue for this particular night could not be more of a ritzy yet dynamically high-powered combination. STORY’s upscale and luxurious design lays the foundation for this upcoming Chainsmokers showdown. Lasers in every direction, alluring strobe lights, a state-of-the-art sound system, mesmerizing visuals, and radiant surprises each and every time. From corner to corner, STORY is packed with color, deep sounds, and transformative style.

For all the die hard Chainsmokers fans, there’s nothing like seeing Drew pour his soul into the piano, lose himself on stage, and experiencing Alex’s wild stage presence and classic antics, leaving permanent smiles on fan’s faces and memories to last a lifetime. The future looks exponentially promising for the two young and thriving musicians, and whether its earth shattering arena shows or intimate high energy club performances, The Chainsmokers slay no matter where or when. So don’t waste anymore time without a ticket to this closing show at STORY Nightclub, and a chance to party with the hype men themselves.