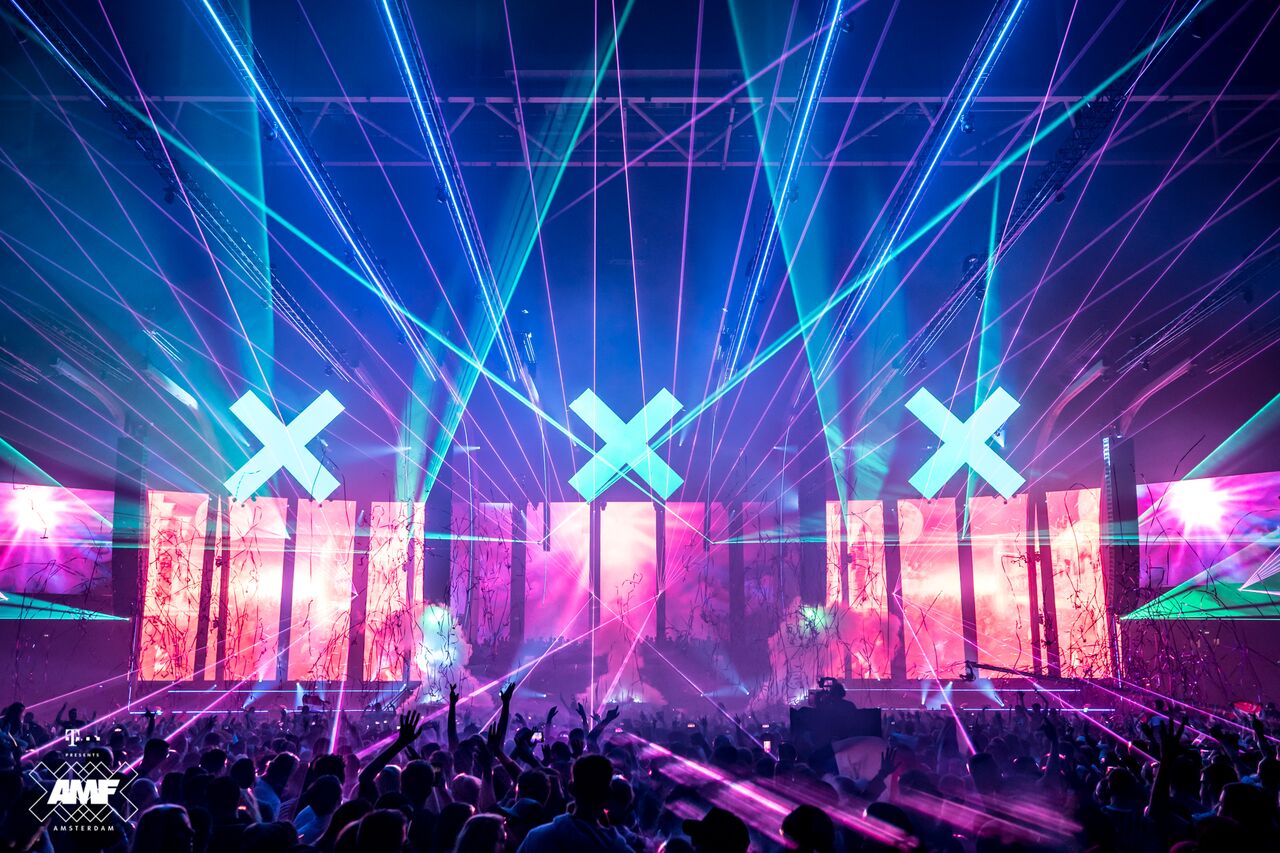 Wrapping up an entire week of the best of the best in dance music festivities, the annual Amsterdam Music Festival (AMF) built up powerful momentum each and every day leading up to the extraordinary all-nighter. Reigning in the world’s top artists from the electronic scene as well as 40,000 screaming fans, Amsterdam’s famed Johan Cruijff ArenA was absolutely jam-packed with pure energy from start to finish.

Highlighting much more than just a striking lineup of DJs and producers, AMF is home to the annual crowning of the DJ Mag Top 100 DJs poll. Hyping up the crowd for the winner’s announcement, screens behind the massive mainstage counted down from spot 100 with flashing pictures and high anticipation to reveal the slew of artists in all their glory. Echoing 2018’s mantra of ‘We Own The Night,’ this year’s lineup was one of tremendous proportions.

The sold-out 6th annual celebration of yet another wildly successful year of electronic music certainly solidified AMF as one of the globe’s must-attend events for devout dance music fans. Upwards of 100 countries were represented in-house that night as guests proudly waved their respective flags under one tremendous roof. An additional 3 million fans shared the night’s experience via AMF TV’s live stream, where they were able to catch not only the madness on stage but glimpses of backstage interviews and exclusive behind the scenes content.

There is no one quite like Dimitri Vegas & Like Mike to get a crowd absolutely roaring from front to back and left to right. A show-stopping performance was created in combination with David Guetta for the very special world premiere of ‘Two is One’ amidst red-hot fire, Co2 gusts, and vibrant lasers. Throwing down their signature crowd control move, the massive sea of fans swayed from side to side and truly shook the very foundation of the enormous arena. Legendary DJ/production duo Axwell Λ Ingrosso never fail to nail crowds right in the feels with their everlasting anthemic songs like “Sun Is Shining,” “Reload,” and “More Than You Know.” The pair closed out their emotive set with Klahr’s “Falling In Love” under an aura of pink smoke and slowly rising sparklers – a sight that is forever burned into memory. Speculation says this may have been one of the last heartfelt performances by Axwell Λ Ingrosso, as Swedish House Mafia prepares for their 2019 relaunch. The world awaits in nail-biting anticipation for this iconic moment in dance music history, beginning with their first-confirmed performance in their home base of Stockholm, Sweden next May.

For the third consecutive year, Dutch sensation Martin Garrix was Crowned #1 DJ in the world, and as fireworks lit up the arena and booming sound blared from the speakers, Garrix took the stage for an unforgettable set in his home city. Tracks like “Together,” “Don’t Look Down,” and “High On Life” will remain some of the most heartfelt songs of the evening, while Garrix’s bangers including “Virus,” “Tremor,” and “Animals” had the entire arena exploding with sound and energy alongside fans with permanent smiles spread across their faces. This performance was one of such epic proportions that it made you stand there in a few moments of honest bliss, remembering why you fell in love with dance music in the first place.

Now that we’ve passed the end of this mystifying night, guests from AMF as well as Amsterdam as a whole can take another look back at the paradise that exists on the dancefloor, and the wondrous global movement that electronic music has become. It is events like this when people from over 100 countries get together in complete unison, that we see the infinite power and strength music strikes within the world. Bravo AMF, we cannot wait to celebrate again next year!