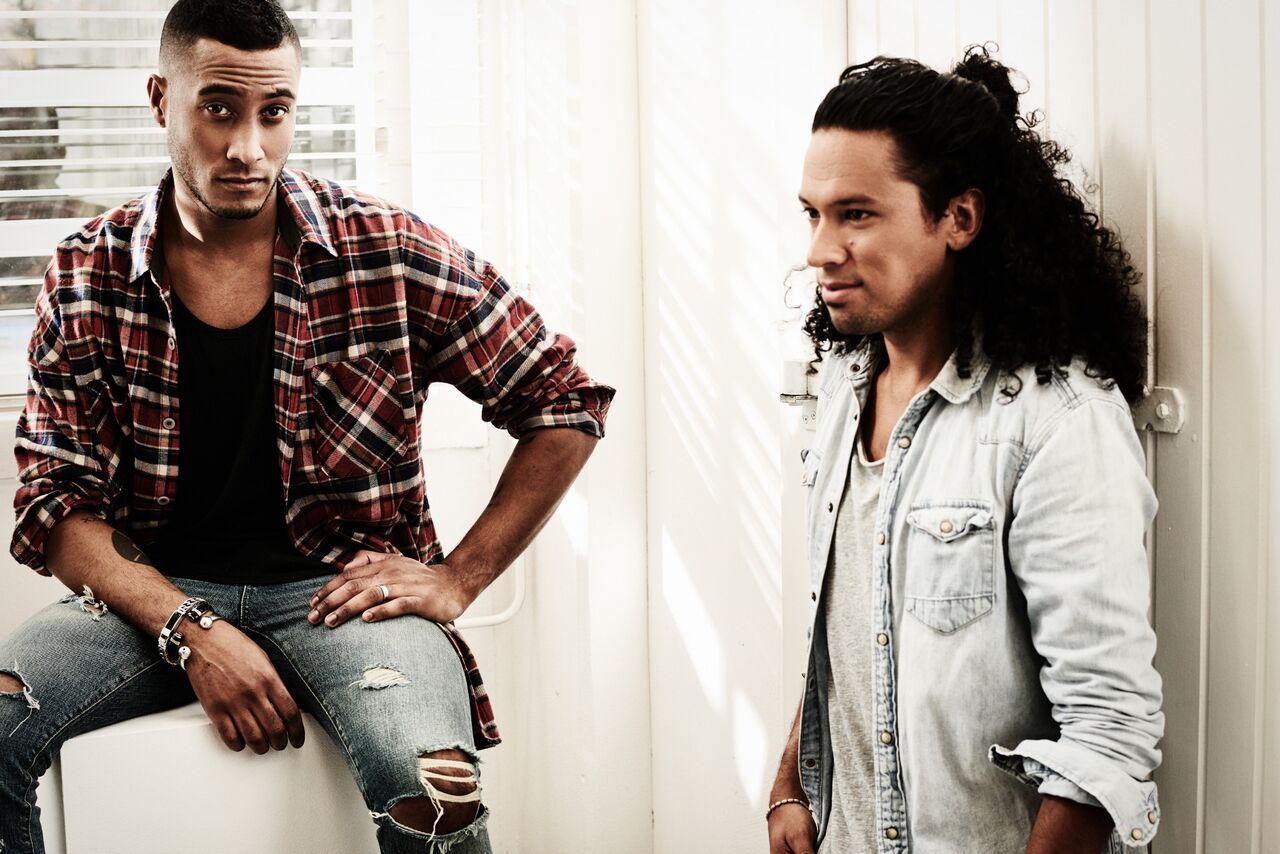 High in the ranks of Dutch DJ/producer maestros and musical elitists, we bring to you the latest by dynamic duo Sunnery James and Ryan Marciano. With a stacked summer roster of performances across the globe, the beloved super duo are heading full force into a season of soul- striking and electrifying festivities, and a year of next level domination.

When it comes to experiencing a live performance or set by any acclaimed artist, it is safe to say expectations are high. Crowds want to literally feel every ounce of passion driven from the frontman/men on stage, and have a consistent back and forth of energy and exhilaration powered by the music. Sunnery and Ryan have done all of this and more. Exceeding expectations when it comes to executing technique and cutting-edge production, the Dutch superstars absolutely spellbind fans from start to finish during sets. This epic duo is relentless when it comes to sustaining their mark in the industry as authentic, charismatic, and thunderous performers.

With possibly one of the most diverse reputations in dance right now, Sunnery and Ryan live up to their name by delivering high quality, high intensity, high skill, and high musical creativity at each and every show whether it be on radiant summer beaches of Ibiza, enormous dance festivals like Tomorrowland, or intimate club shows in Miami, LA, New York…the list goes on. The reason this high powered duo is unstoppable when it comes to new music and fresh performances is that they possess an innate ability to blend all sorts of sounds on the spectrum, stretching far beyond house. Flirting with styles like Latin flavor, tribal, techno, electro, and more, Sunnery and Ryan know exactly how to leave a crowd in awe – speechless and begging for more. Known now for their distinct and thrilling Sexy By Nature brand, fans go absolutely wild when these guys throwdown this style show, music, and set. Seductive in its essence, Sexy By Nature has taken off and has led the pair in an exciting and boundless direction. From weekly worldwide radio shows to signature stages at Creamfields and Tomorrowland, to the AFAS Live during Amsterdam Dance Event, Sexy By Nature has gone global and has no plan to halt its evolution.

2017 saw the debut of Sunnery and Ryan’s label SONO MUSIC, which has already output a slew of new tunes of their own creation, as well as those of upcoming artists. One of the major milestones for many DJ/Producers is the time when they come together to bring a new venture to life – one that consists of a platform not only for releasing their own studio works but more importantly for boosting blooming artists and giving them the exposure to succeed in the industry. SONO is just that for the guys, and as it is still young in its life form, we are stoked to watch the label unfold and blossom in the upcoming years.

Read below for all the details of Sexy By Nature, SONO, Miami Music Week/ Ultra 2018, & more in our Nocturnal Times exclusive interview.

The Nocturnal Times: How and when did you guys first meet? What were you working on at the time? Did you always want to pursue a path in music?

RM: We met when we were 19 years old. I was looking for an internship and ended up in the store Sunnery was working. We had a lot of the same interests and went to the same parties.

SJ:  We were real party boys and became more familiar with the scene as time went on. We were at parties so often that we wanted to host our own. The problem was we didn’t have money to book any DJs, and that’s when we decided to start DJ’ing ourselves; so we could host cool parties without spending too much on the DJ’s.

The Nocturnal Times: We just wrapped up another massive year in Miami for Music Week. What were some of your 2018 MMW highlights?

RM: Miami was crazy this year!! We played mainstage at Ultra this year which was incredible! The energy of the crowd was amazing, and we had an unforgettable time up there!

SJ: It was amazing, but it was also different for us compared to previous years. We usually host a Sexy By Nature’ pool-party, but this year we wanted to go back to the club. We played a lot of new music which is always exciting, and we’re glad people responded the way they did! There was such a good energy, we would love to get back!

The Nocturnal Times: Since Miami and Ultra are the start of festival season, what other festivals do you guys have to look forward to this year?

SJ: We have our own residency at Hï Ibiza this summer, which is something we always look forward to.

RM: Yeah and we also play at Mysteryland, which is always massive. We host our own Sexy By Nature stage there.

SJ: Tomorrowland three times, Creamfields, Neversea in Romania, and so many more.

RM: So we have a lot to look forward to!

The Nocturnal Times: At the end of 2016 you brought SONO to Armada Music. How has it been being part of the Armada family? What do you have in store for the future of your own label?

SJ: It’s great! SONO was something we had on our mind for quite a while, and the deal with Armada felt like a dream come true. With this label we can create a platform for our new music and upcoming artists.

The Nocturnal Times: You recently collaborated with Armin van Buuren on “You Are”. What can you tell us about working with the king of trance? How was it fusing two very different sounds together for this project with Armin?

SJ: Armin is a friend of ours, so it was fun to work together with him on this track. We wanted to make a song, although we knew it was going to be challenging with our diverse styles. On our way to the studio to work with Armin, we still had no clue how we were going to make it work. I guess we were just being stubborn as we were convinced we could make it work.

RM: Yeah and gladly Armin thought the same about it. He also made sure we were honest with each other for the full 100% and that we would tell it to each other when we didn’t like something.

SJ: We all knew we were working on something that wouldn’t entirely fit into our own styles, but we wanted to make something new and fresh. With this mindset we started working on the track and that’s how You Are came about.

SJ: Absolutely! Making a remix is making your own version of something that exists instead of creating something new with each other.  ‘Sex, love and water’ was such a radio hit, and we wanted to use it in one of our sets. But to be able to this, we had to put our twist on it.

The Nocturnal Times: You guys have been successful musicians for more than a decade. What’s some insider feedback or advice you have for those hoping to break into the industry?

RM: There are so many people nowadays who want to become a DJ, so it’s important to have your own unique sound. You have to practice, practice and practice while taking every opportunity to perform shows to build your skills and find your own sound. Give the people a night they will not forget.

SJ: Yes and be patient. The way to the top can be very long and it’s all about being lucky sometimes. Don’t forget to have fun.

The Nocturnal Times: What does the rest of the year have in store for SJ&RM? Where do you see yourselves five years from now?

SJ: We love playing music, so in five years we will still be performing.

RM: Yeah, we’ll be performing until we can’t stand on our legs anymore.

SJ: And lots of new music of course.